Tomorrow marks the beginning of the Year of the Tiger according to the Chinese Zodiac.

We at team Phungo will celebrate by posting a few cards of some Tigers. 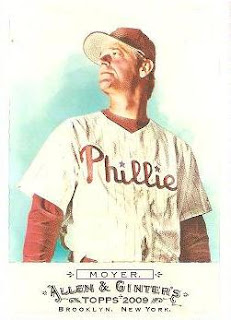 Hard to believe that Jamie is starting his 5th cycle of the zodiac and has a chance to be a pitcher this season. He has been a great player and member of the community and I hope he can return for one more season.

Looking ahead a year, if Moyer were to be issued a 2011 Topps Heritage card, he would probably be the first active player to have a Heritage card from his birth year. Not sure if Julio Franco hung on that long or not. 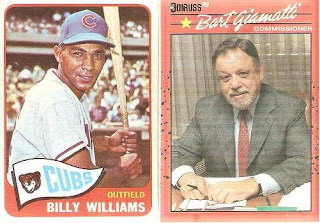 A Hall of Famer and a major league president that faced the task of disciplining a player that had a Hall of Fame career. 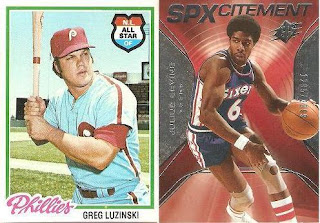 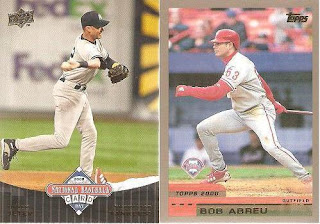 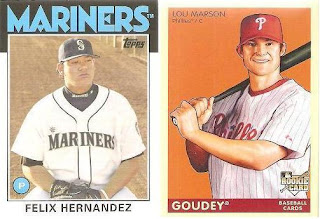 Felix Hernandez is on a card featuring the design from his birth year, which is pretty cool. Not many players can say that - unless they are a member of the Chicago White Sox or perhaps next year Jamie Moyer.
Posted by deal at 4:13 PM