These are pretty much a sister pack of the Cards One Trading Investment Series cards Madding featured a few days ago at A Pack to be Named Later. 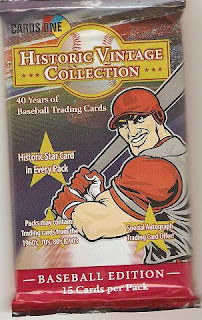 You be the Judge, do any of these cards fall under the category of Historic, Vintage, or Collectible?

I scanned these in the order they came out of the pack except each row is reversed - If it is important to you, start on the right and read backwards to get the sequence. 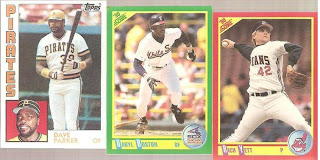 I opened two other packs of these and the make up of the three packs was almost identical. All the packs began with a score card and ended with an 84 Topps card. There were several Score cards throughout. There was an Upper Deck 2004 USA card in each pack, however each of the other cards was a significantly lesser player than Jack McDowell. There were several duplicates between the three Packs. The 84 Parker card showed up in the last pack Jose DeLeon would make a reappearance.

The Pick of the Packs: 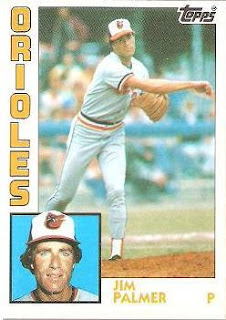 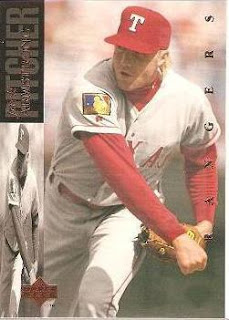 Can someone tell me what is going on with that Gold Patch on Armstrong's Pitching arm? Is it some sort of All-Star or inaugural season patch?


Phungo Challenge
The Most Vintage was 84 Topps - Autograph Cards was closest 81.
The Superstar was Jim Palmer - A pretty Quality Player. BABenny went with Steve Garvey will give him credit on this one, although Palmer is a big time Hall of Famer.
Posted by deal at 1:28 PM

I think 1994 was some sort of anniversary year for MLB - maybe 100 years? I know most of the cards from that year have some special logo on the back as well.

I'm fearful that I may have inadvertently caused people to spend actual money on these things by my post at APTBNL. Oops.