The Original 1961 Topps - All Star Cards

Similar to the new Topps Heritage cards, the All-Star cards for 1961 Topps were found among the High Numbers. Consequently they hard pretty hard to find. In my opinion they are more scarce then the cards issued in the previous three sets (58-60).

There is only one Phillies cards among the 1961 All-Star set and that is card #569 of Frank Herrera. Unfortunately I do not have that card in the Phungo Collection. However, I do have this very nice 1961 All-Star card: 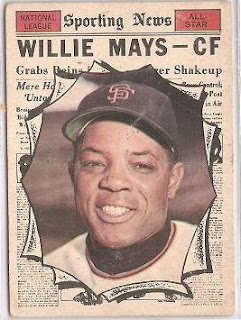 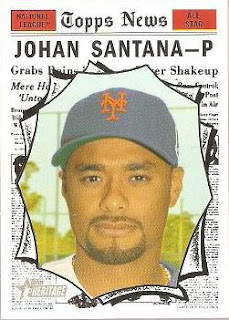 The cutout is the same right down to the headlines on the paper. "The Sporting News" has been replaced by "Topps News" 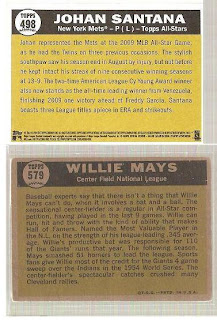 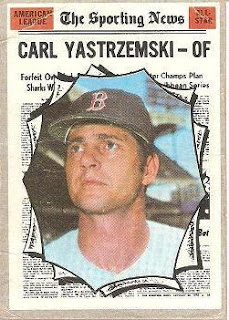 Topps re-used the paper shredding design for their 1970 All-Star Cards. It is a design I like and I wouldn't mind seeing them bring it back every 10 years or so.

For a look back at some previous Phungo articles on the original 1961 Topps check out these links:

The Phillies
Topps Inserts
Posted by deal at 9:17 PM