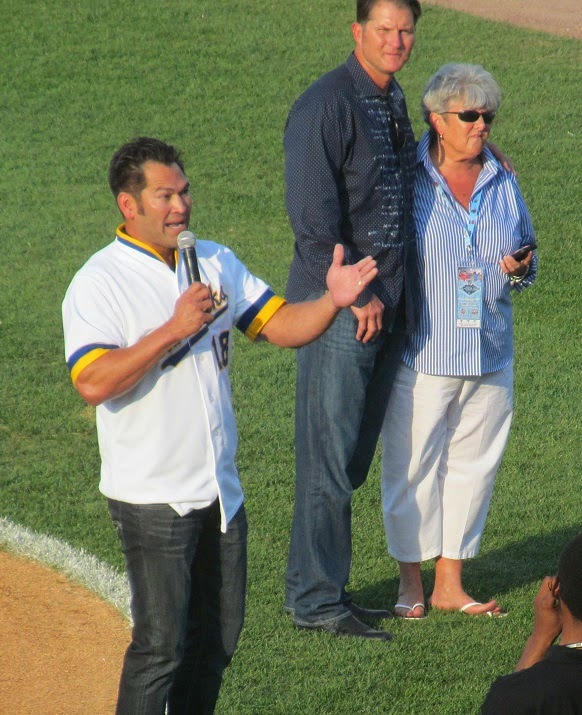 I have been a Damon fan for a variety of reasons. He was an exciting palyer who racked up a lot of hits, ran well and had some pop. He made it to the playoffs with the A's Red Sox and Yankees winning the World Series with the latter two squads. One of the other reasons I like Damon is we share an ethnicity. He and I both have a Thai Mother and American father. it is a unique combination that was precipitated by each of our fathers being stationed in Thailand during the Viet Nam War.

Jonny Damon has honored his heritage by returning to Thailand to promote baseball and represented the country as a player during the 2013 World Baseball Calssic.

In a nice touch to the retirement ceremony, Damon and the Blue Rocks brought back Damon's House Mother from his Wilmington tenure. She is shown in the background of the above photo along with another popular Blue Rocks alum Mike Sweeney.

There was also a game played last night - The Carolina League All-Stars hosted their Califormia League counterparts. Both Leagues are at a level that is referred to as High Class A. It was a good opportunity for us East Coasters to see some prospects that play for Western Division organizations. 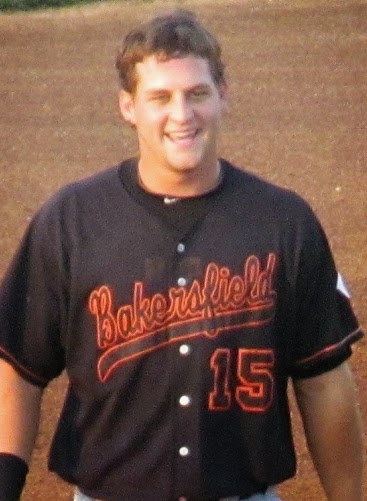 All Three of California's Runs were plated by Kyle Waldrop who hit a Long 2 Run HR to center in addtion to an RBI single. 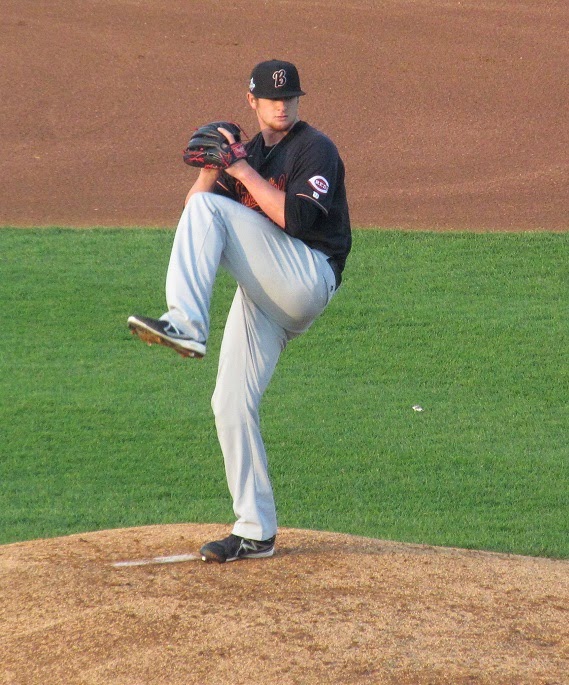 The Reds #9 Prospect Ben Lively stuck out 2 of the first 3 batters he faced while pitching a pair of perfect innings for the victors. I would think that Lively has greatly icreased his Prospect status this season posting a 10-1 record and 2.28 ERA including a solid 95-16 K/BB ratio. Both Lively and Waldrop were promoted to AA Pensacola following the game. 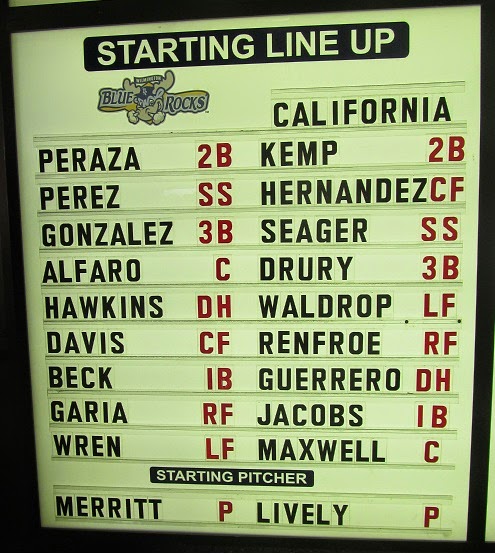 A couple of noteables in there. Courtney Hawkins is the White Sox prospect that did a backflip on the podium at the 2012 Draft. Last year Team Phungo ran down to Wilmington to give Hawkins the Eye Test. He failed miserably, I am happy to report Hawkins is having a much better 2014 and appears to be a lot more patient at the plate. Kyle Wren is the son of Braves GM Frank Wren. Corey Seager is making some noise in the Dodgers Org, batting .340 with 12 Homers this season. Gabriel Guerrero is the nephew of Vlad and appears to have a similar build and batting stance. He his playing well for Seattles Hi Desert squad. 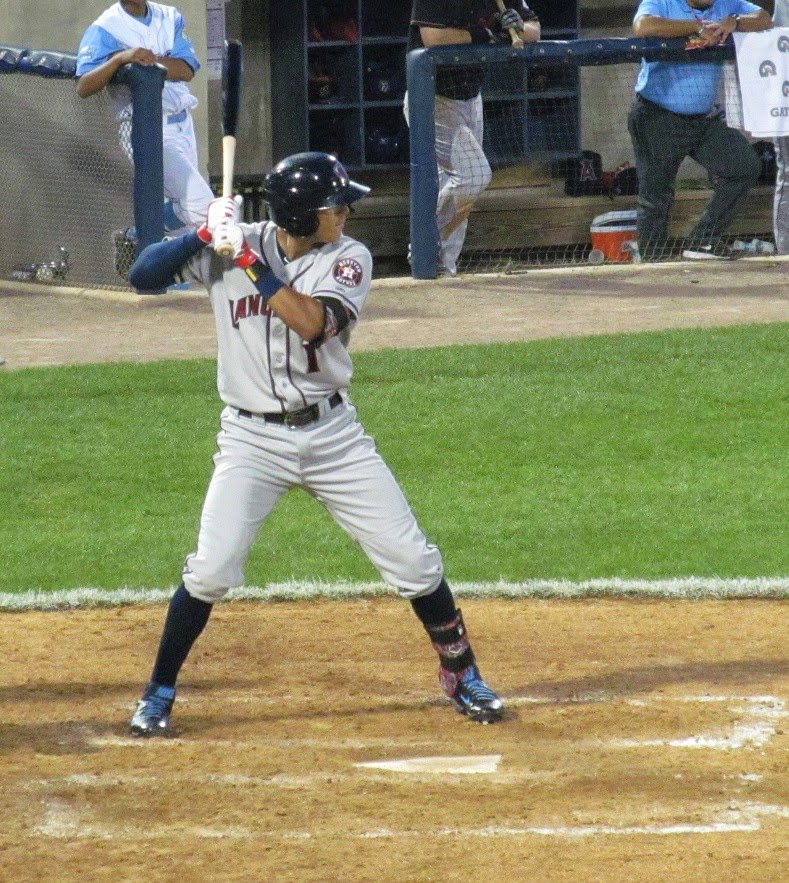 2013 1st overall pick Carlos Correa didn't get to start but did sub into the game. He went 0-2 with a K in his first AB. Still 19 Correa has displayed good hitting ability at the Hi-A level well represented by his .329/.421/.502 slash line. He was as big as any player on the field for the game and it will be interesting to see if he remains at shortstop or moves to another position as he continues to fill out.