I only got to see Tony Gwynn's play twice, and he didn't start either game. He pinch hit in both games and didn't get a hit either time. So I don't really have any great memories of seeing Gwynn play live. The latter of those two games was Gwynn's final game in Philadelphia. When he came to the plate to bat, he got a standing ovation and tipped his cap. 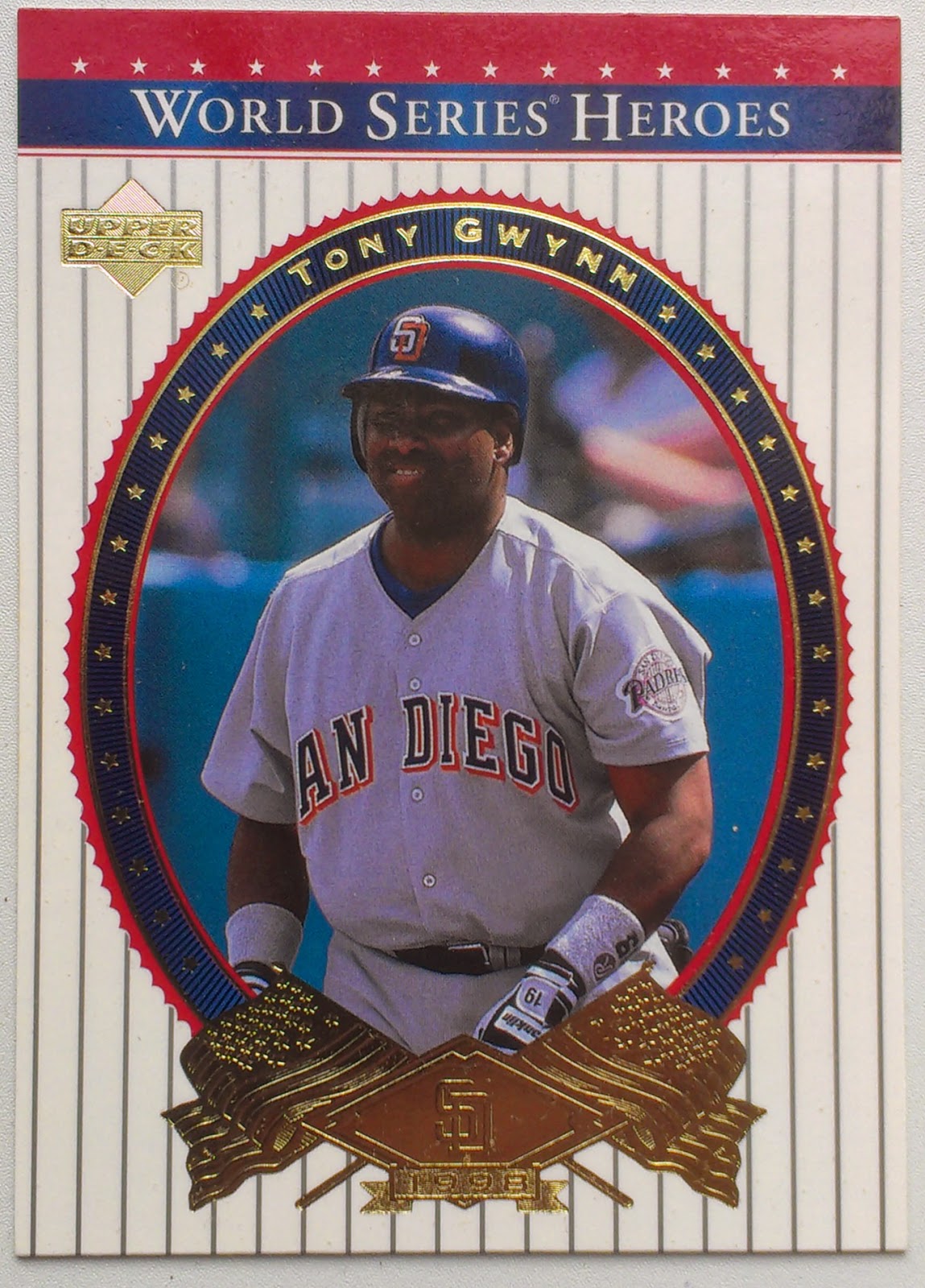 We have already featured the Tony Gwynn Rookie Card here and I have decided to go in a bit of a different direction here. This 2002 UD card is from just after Gwynn's career ended. The Padres franchise dates back to 1969 but they have only been to two World Series 1984 and 1998. The Series' were 14 years apart and Tony Gwynn played in both of them.

Tributes
Here is a collection of Tony Gwynn Card Tributes, Obits and Memorials: