The Yankees and Red Sox are featured one again on Sunday Night Baseball this week. Despite the Red Sox being the reigning World Champs, the rivalry just hasn't had as much juice the last couple of years. The Yankees are in the mix, but the BoSox are  currently way off the pace. 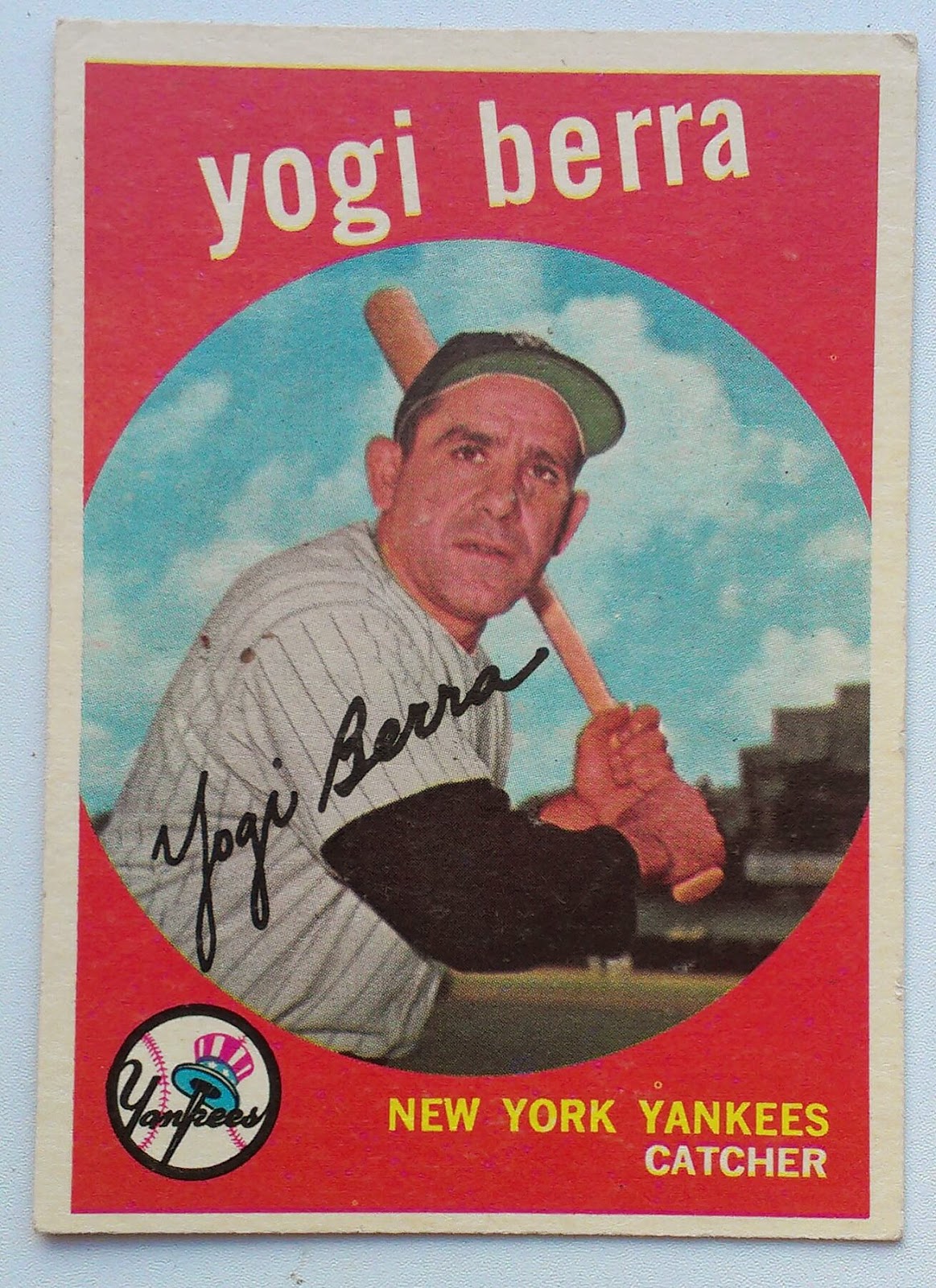 Tonight we are building up some inventory in our HoF index by adding the quotable catcher. Berra and Johnny Bench are probably the two most written about catchers in the history of the game so I bother trying to add to that canon.

Instead I would like to mention a couple of things Berra related that folks might not know about. First off is that there is a Museum dedicated to Yogi Berra. I have never been there, but it is located in North Jersey just two hours from Philadelphia. If I am ever in the area I would like to try and visit. Card Collectors may be interested in one of their gift shop item - a Card Set representing the different eras of Yankees baseball. The set runs for $5 and contains 25 cards.

Secondly I wanted to mention baseball reporter and Yogi's grand-daughter Lindsay Berra who has a pretty interesting twitter account. Lindsay's unique perspective is enhanced by some terrific vintage photos of Yogi and other players from his era.

For the Collector
About a week ago I was asking Night Owl about cards that are shot from below subject with clouds in the background. He referred to it as the Hero Pose or Hero Shot, which I think I had heard of before but hadn't bothered to process the term.  This one of Yogi is pretty much a prototype. Solid batting stance, slight up angle, great set of clouds on a clear blue sky.

The specimen above was picked up for $9 a while back. It is nice front, corners a bit soft. Unfortunately, the back has some issue - there is paper loss on the back, likely due to being taped to a binder, and somebody wrote $45 faintly on the card edge.

Looks nice from the front.

yeah the back blemish are really minor, unfortunately the tape/paperloss is dead center, maybe 1/2 inch square. Still a great card to have.