A - Sammy Sosa with Wrigley Field Logo - Ferris Bueller
B - John Cusack - he was in Sixteen Candles
C - Pac Man Champ - I was going for Ferris Bueller here. Ed Rooney is in an arcade and he is spit upon and the death sound from Pac Man gets played - I don't think the game that actually being played was Pac Man. some of the other picks may have been better but it's my game, my rules.
D - Grand Canyon - Vacation
E - Vernon Wells - Weird Science - Biker Actor shares name with the Jays outfielder
F - Bruce Jenner - Breakfast of Champions - Breakfast Club
G - Gordie Howe - Jersey worn by Cameron in - Ferris Bueller
H - Ducks - I was looking for Duckie from Pretty in Pink here. Everybody else followed Dayf's lead and went with Long Duk Dong from Sixteen Candles. Sorry Duckie was a more major character and I am sticking with my choice.
I - Cowboys and Lions - Thanksgiving - Planes Trains and Automobiles
J - George Bush - go to the 3:30 point in the video. "something d-o-o﻿ economics"

And here are your results of the John Hughes Memorial Trading Card Trivia Contest:


and the Winner and "King of the Eighties" is

Congrats to Steve who basically won on the Dayf's err of picking "Pretty in Pink" over "Sixteen Candles" for the Cusack film.

For the Record Steve got 7 of the 10 questions and the last correct answer was good for a Homer which meant all 7 of his correct answers scored. 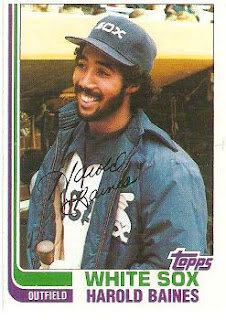 and check out the second half of the cartoon on the back of the Baines Card. 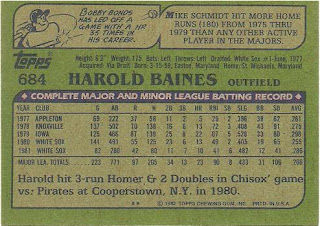 Bringing it all back to the Phils, It Hall of Fame Third Baseman Mike Schmidt, Sweet!

Well done all, I would like to thank everyone for playing and hope that the John Hughes Memorial brought back some good memories for everyone.

I am also glad that everyone figured out some of my oddball connections and I hope that no one is to bummed out about my stretches.
Posted by deal at 8:47 PM

Aaarrggh! The unforced error cost me! I looked that up too! And I shoulda remembered the voodoo economics thing.

However I still think giving a home run for Duckie is absurd, he was a main character!

Woo hoo!!!! I was going to let everyone else take a stab at this. I entered only upon discovering dayf's mocking challenge. I completely forgot about the Pac-Man sound in Ferris Bueller.

I should have remembered the voodoo economics thing too.

Man, I've got to start watching movies. I knew like 3 of those questions.

I have been in search of such interesting Articles, I am on a holiday its good to see that everyone are trying their best to keep up the Spirit by having such great articles posted.