Phillies get a Win 6-4 largely due to a fine outing by Vance Worley, 1 Run over 7 innings.  Phils strung together a couple of hits off Chris Volstad early and were able to get 4 first innings runs.  Offense then returned to their more typical dorment form.  Chad Qualls blew the lead in the Top of 8th when he gave a up a Home Run to Bryan LaHair who is having a breakout year.  Phils got the lead back in the bottom of the inning thanks to a timely 2 run double from Placido Polanco. 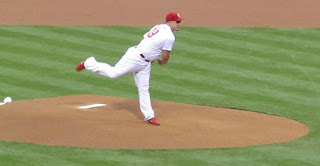 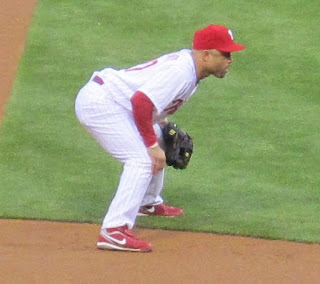 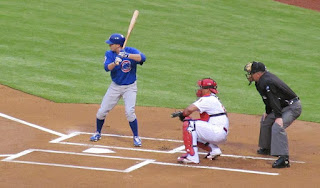 etc
-I guess I must be getting better about what I eat.  It was a dollar dog night, and I resisted the hot dog temptation.
-I am surprised I was unfamiliar with Campana prior to this weekend - The Cubs had such a rought 2011  that they must not have made it onto my radar.  He appears to use the LH slap hitter technigue, we have seen from Ichiro a lot.  Getting several steps down the line while swinging.
- Phils got 2 bunt singles (Jimmy Rollins, Pete Orr) while they were able to retire Campana on his bunt attempt.
- Jim Thome didn't play and the Phils have several players that may be coming off the DL soon.  He hasn't looked good at the plate and I am wondering if he gets involved in another Phils Home game.
- Papelbon's save was his 8th in as many attempts.
Posted by deal at 12:08 PM

Campana is a great story. Beat cancer as a kid and is now a fan favorite. I hope the Cubs give him a shot to play everyday. He could easily swipe 70+ bags in a full season.