Doubt I will get time to do a lot of show and tell posts on the show - so I will just do the telling part with some random observations regarding the 3 or so hours I spent at the show.

If you want to flood the show floor in the Philadelphia  area, plan a Chase Utley signing.
That being said, I am not sure many of the folks their to get Utley's autograph were actually purchasing cards. I was impressed that the numbers called out for the signings by So Taguchi and Terry Mulholland numbered over 200. 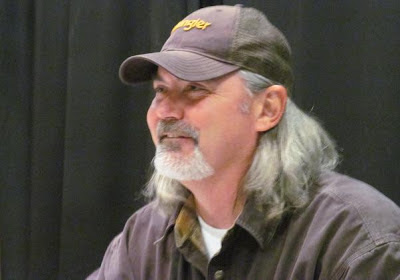 Hoarding
I rarely pick up the autographs at the PhillyShow - the pricing is way above my interest level for autos.  Of course my thriftyness ends there - I ended up throwing down close to $200 on mostly vintage Phillies, Hall of Famers, and star cards.

Dime Boxes
Lots of stuff could be found in dime boxes including:
- 2012 Panini Cooperstown collection cards including some inserts - all non-Phils though.
- 2009 Topps A&G David Wright Box Topper - go figure
- 2012 Topps Archives base cards including HoFs and Phillies
- A&G/GQ/Goodwin minis including paralllels and special backs - no Phils


For more postings on the PhillyShow check out Brad's Blog - he has been posting a lot of great vintage pickups from last weekend.
Posted by deal at 1:34 PM

Thanks for the link! Can't wait til the next one in March!