This has been some discussion about card numbers in 2013 Topps. They have sort of gotten away from their use of Hero Numbers which we discussed here last year at this time.  Topps has gone to using Uniform Numbers for card numbers. 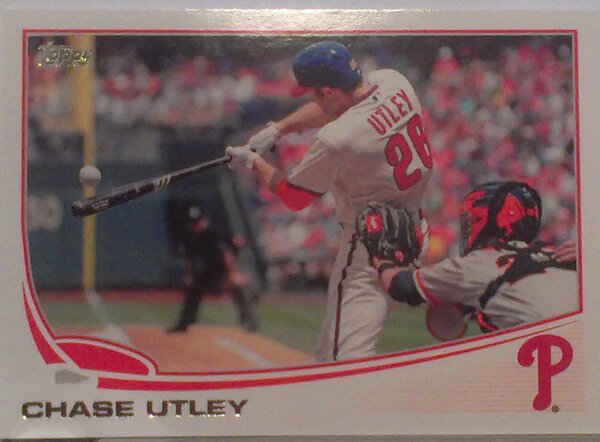 This covers a lot of cards in Series 1.  Pretty much every number up through the middle 60s his a uniform number.  This means that the lower level tier hero numbers aren't given to the same caliber players they may have been at one time 50 = Adam Wainwrigth, 40 = Chien Ming-Wang, 60 = Jon Rauch.  The big ones 100 = Mike Moustakas, 200 = Scott Downs, 300 = Daniel Murphy are perhaps even more egregious violations of the old school Hero Number system.

I honesty down understand the hubbub.  They are baseball cards and if Topps wants to change it up this year or for a few years thats fine with me.

Or maybe I just like the fact that Phungo Cards are numbers in the same fashion. 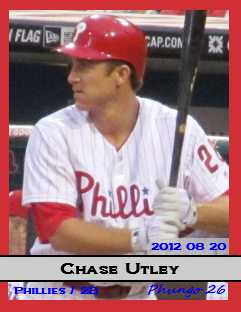 So it turns out Utley, Ryan Howard, Justin Veralander Prince Fielder and a bunch of other guys have the same card number in 2013 Phungo and Topps. Whats not to like?

But there are oddities, the #7 Mantle card has been dropped - Topps probably ran out of photos to use.

I do think Topps did miss out on an opportunity. 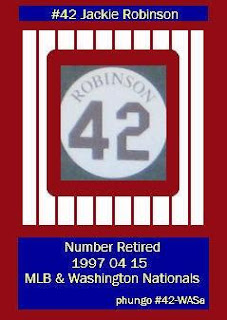 Jackie Robinson's number has been retired across baseball - so other than Mariano Rivera there aren't really any players to award the number.  I think this is an opportunity for Topps why not bestow the card number on Jackie Robinson to honor his legacy.Or perhaps award the number to a prominent African American player who represents Robinson's ideals - In 2013 I gave card #42 to Juan Pierre - A respected player both on and off the field. Just a thought. It works for Phungo, why not Topps?