This is box #2 of the Team Phungo Annual Black Friday Binge of cheap stuff from Dave & Adams Card World. 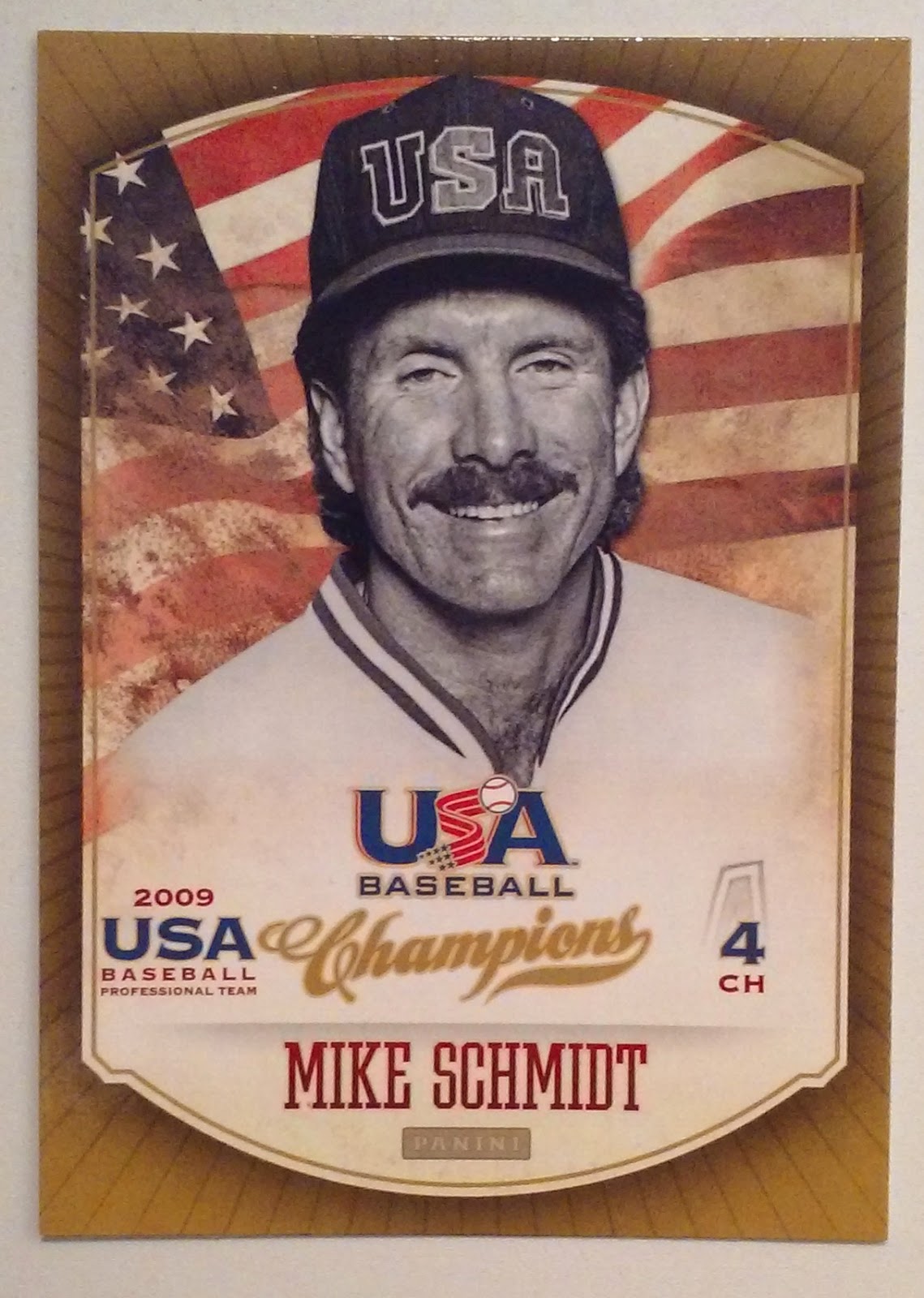 I have a minor collection of USA baseball cards. There is typically an interesting selection of players early in their careers. The set has been published by Panini, UD and Topps in different years and  each has flavored the set with different inserts.

Panini has done a good job of putting together a nice looking base set for 2013. The base cards includes several players that have MLB connections. Mike Schmidt above was a coach for Team USA in 2009. 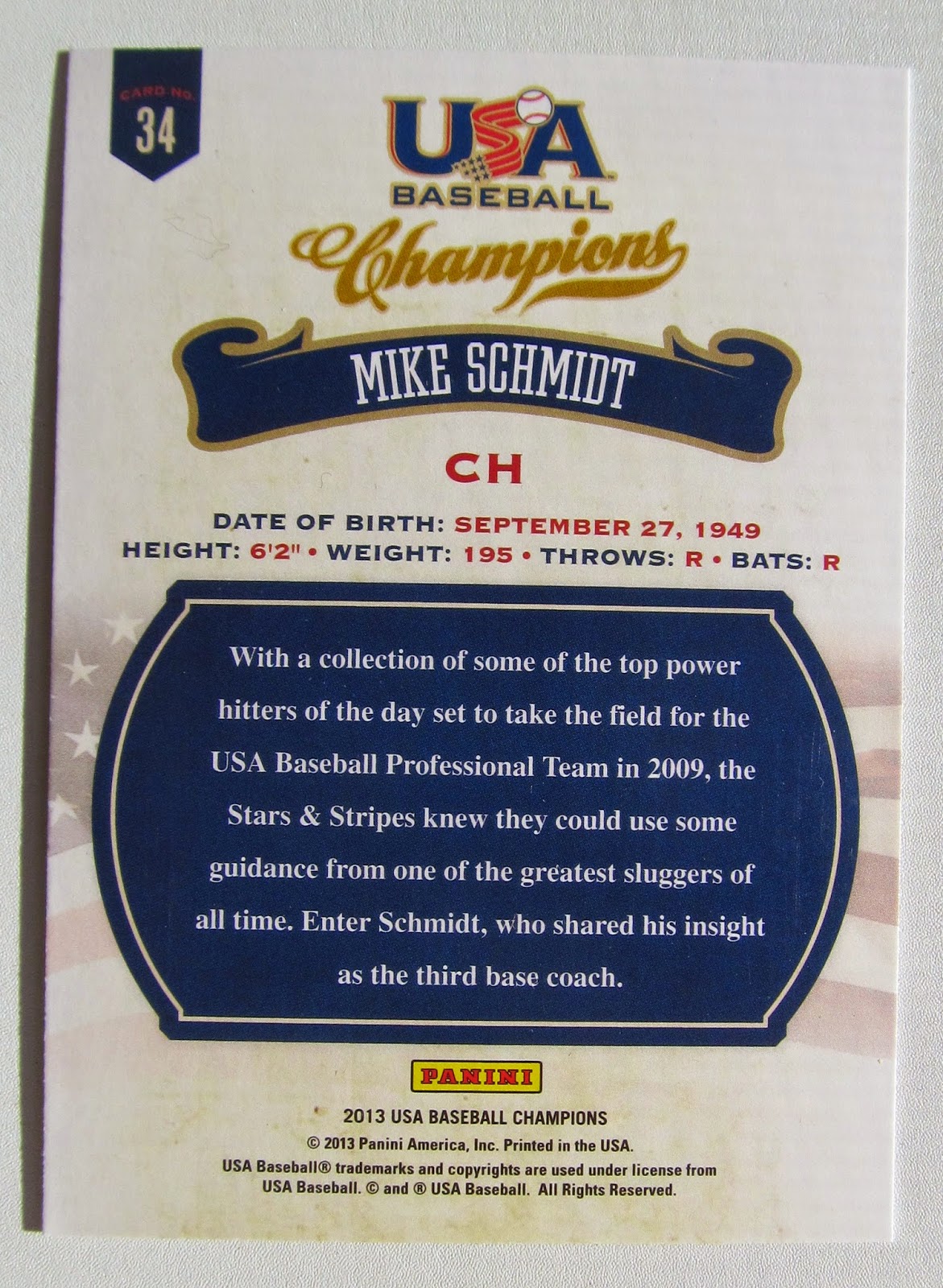 The flip side of the card doesn't really get into much detail regarding Schmidt's role with Team USA.

The handful of other subjects in the set with Phillies Connections include Pat Burrell, Terry Francona, and Davey Johnson. Hall of Famers on the checker include Ozzie Smith, Frank Robinson, Barry Larkin and Frank Thomas. There are also a handful of cards of players either awaiting the call or in HoF limbo including  Mussina, Chipper, Junior, Nomar, McGwire, and Clemens. 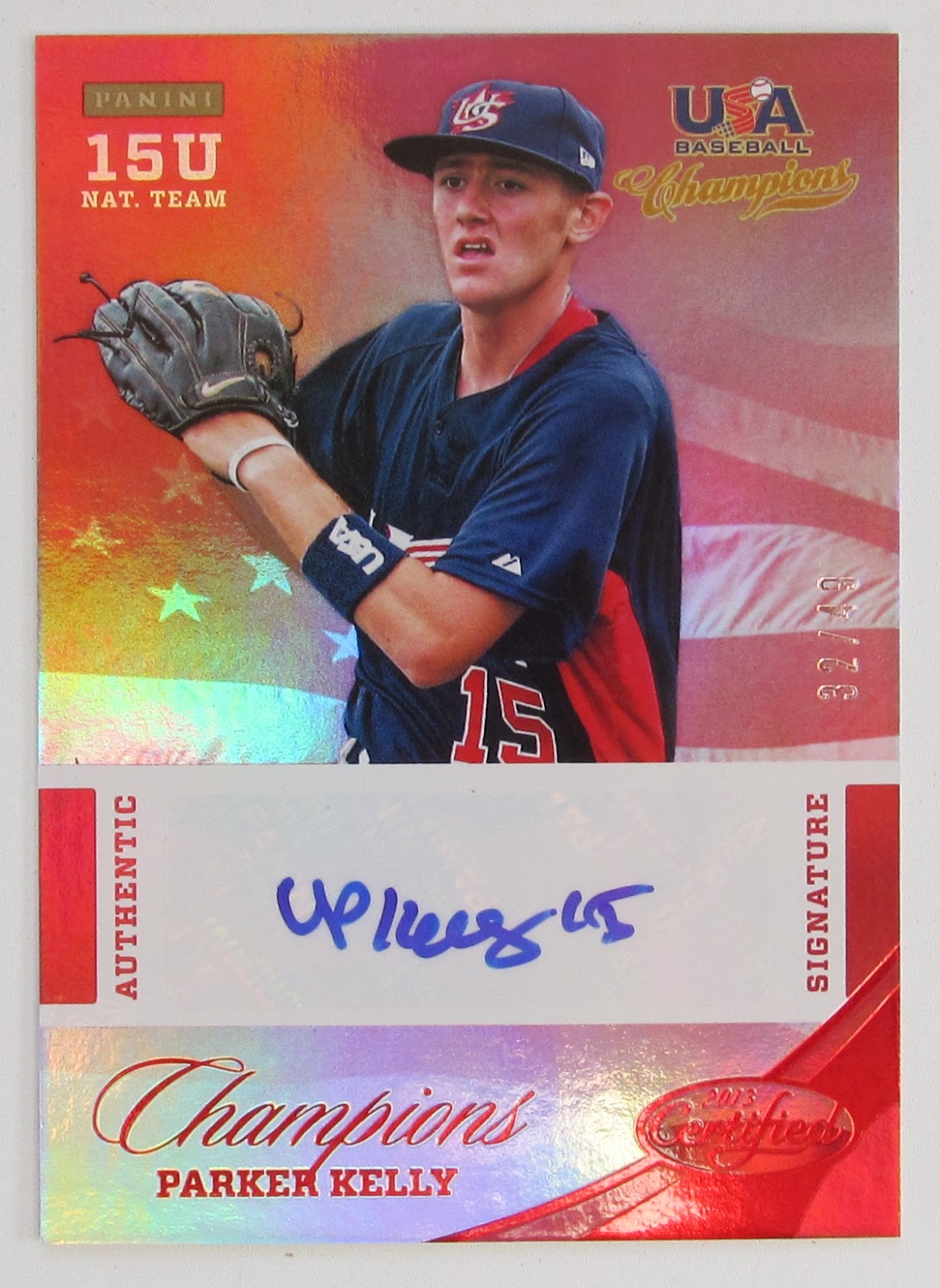 The autograph hit for this box was the above card of Parker Kelly. There are a couple of baseball players with the name but I am pretty sure that this card is of this Parker Kelly. Apparently he has committed to play for University of Oregon in 2015, His brother is Carson Kelly who is in the Cardinals organization - a 2nd round pick in the 2012 draft.


There are several parallels of autos in this set, This is from the Red Series which is serialed to /49. 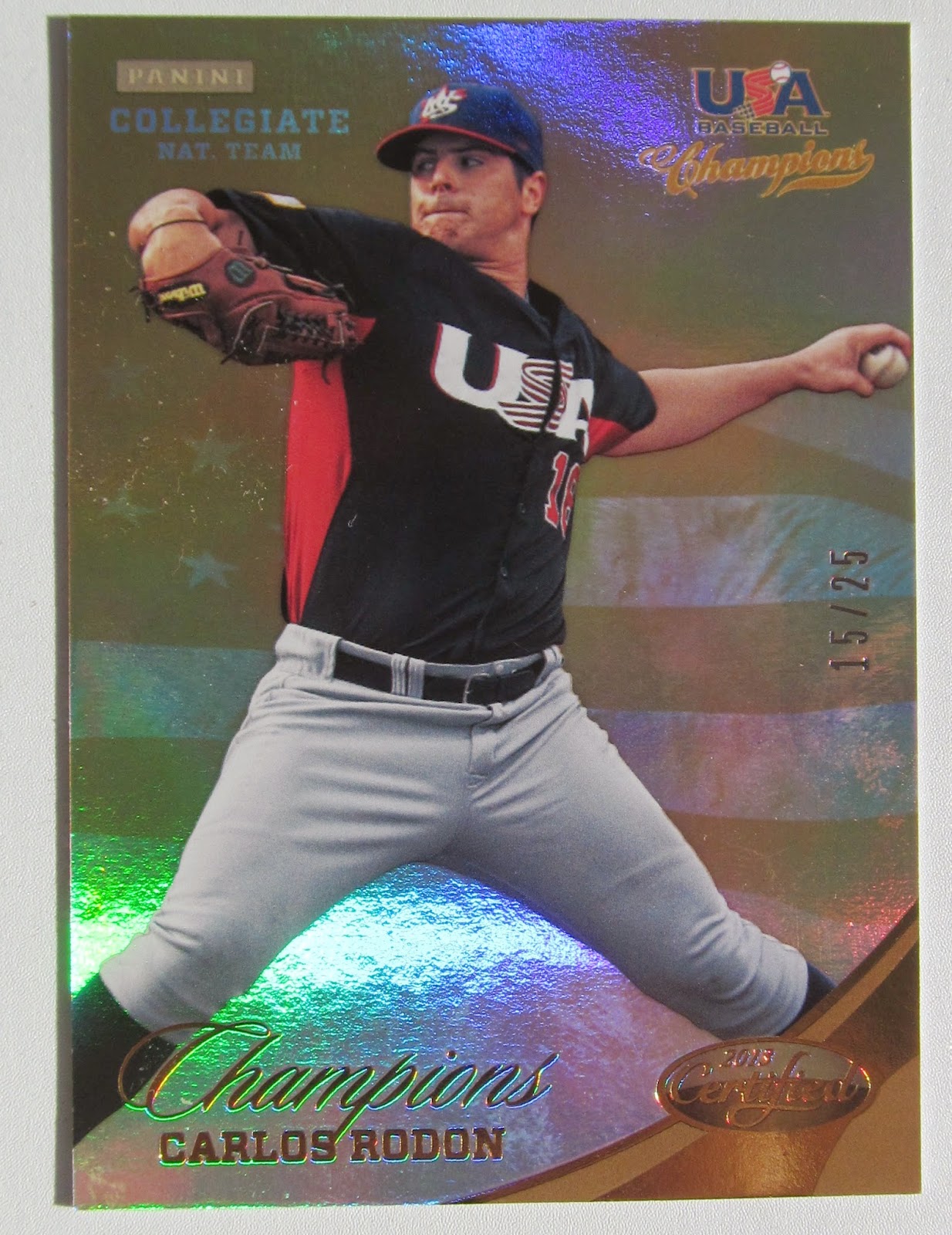 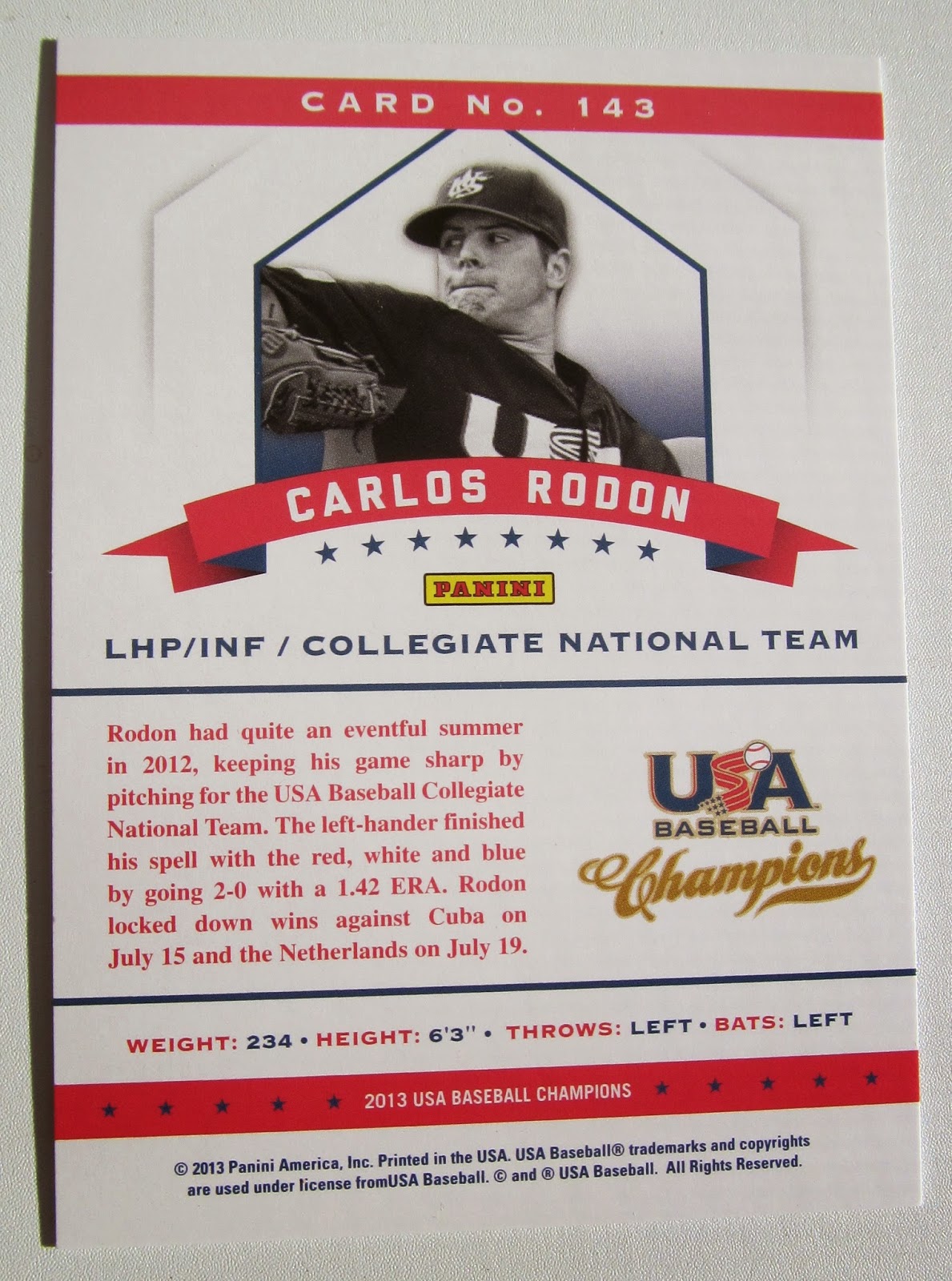 The autograph cards are variations on the 2012 National Team Subset Cards that run from #126-#187. In addition to the autographs there are a number of other parallel versions. Above we have the A and B-sides of Carlos Rodon. The Southpaw was the 3rd overall pick in the 2014 draft by the Chicago White Sox. 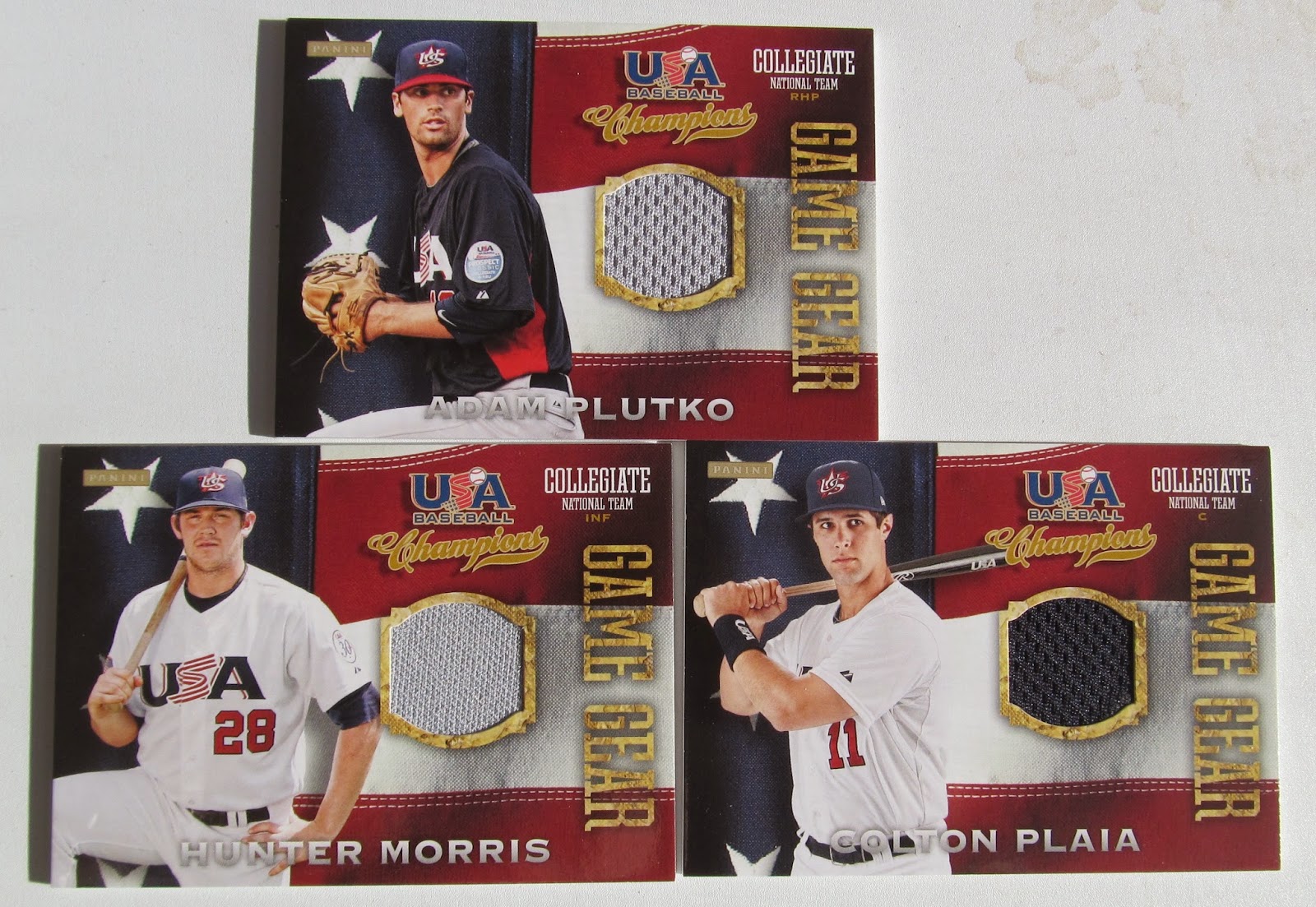 Each retail box contains 3 relic cards, didn't do a lot of research on these, Plutko is in the Indians organization. 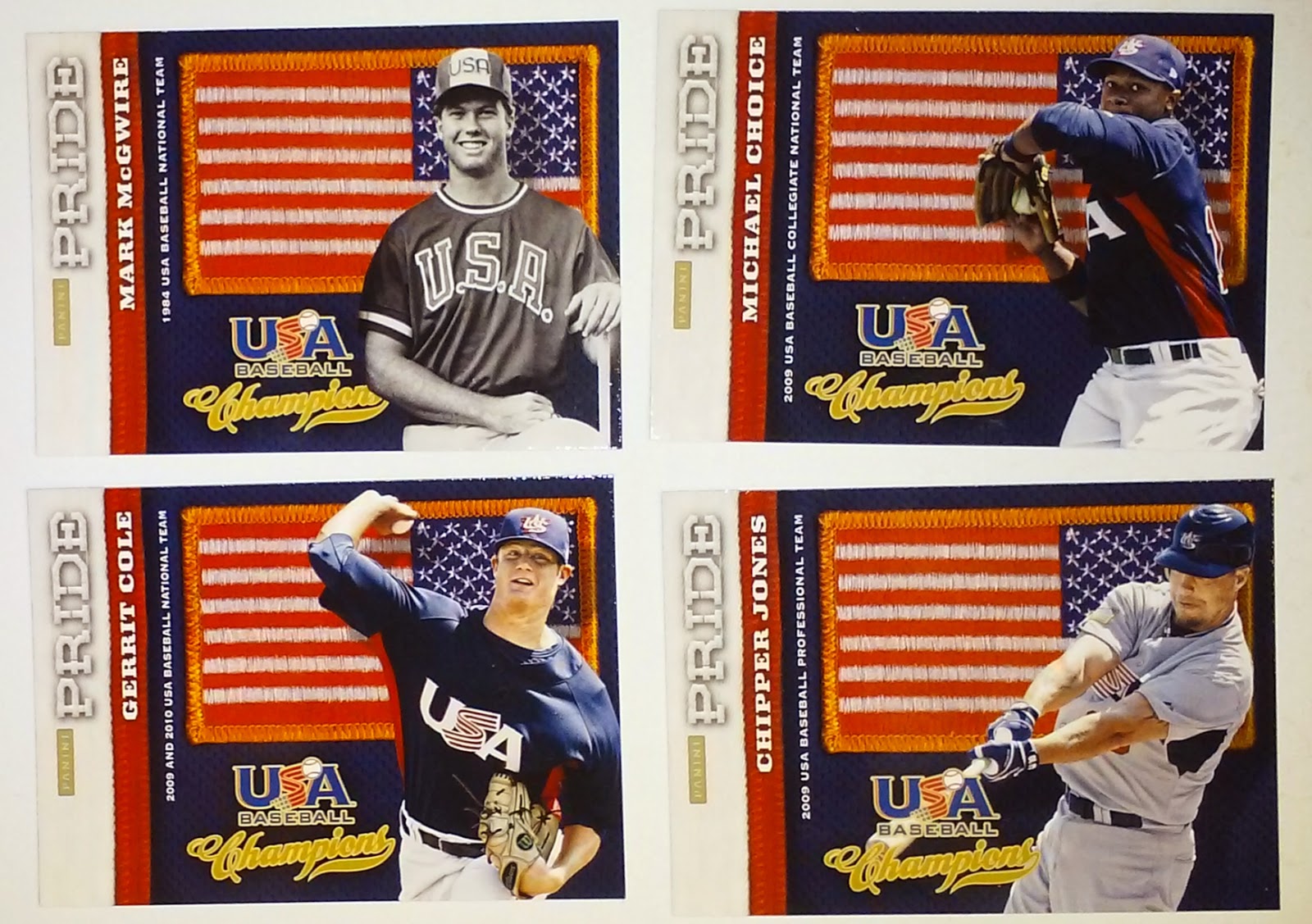 I am guessing these are the vanilla version of a card design that is used for patches and/or relics. I find the card to be attractive, however the 25 card checklist (numbered to 26, skipping 23) is just large enough to be larger than I would want to build. For me personally another drawback to the insert set is a lack of Phillies cards. 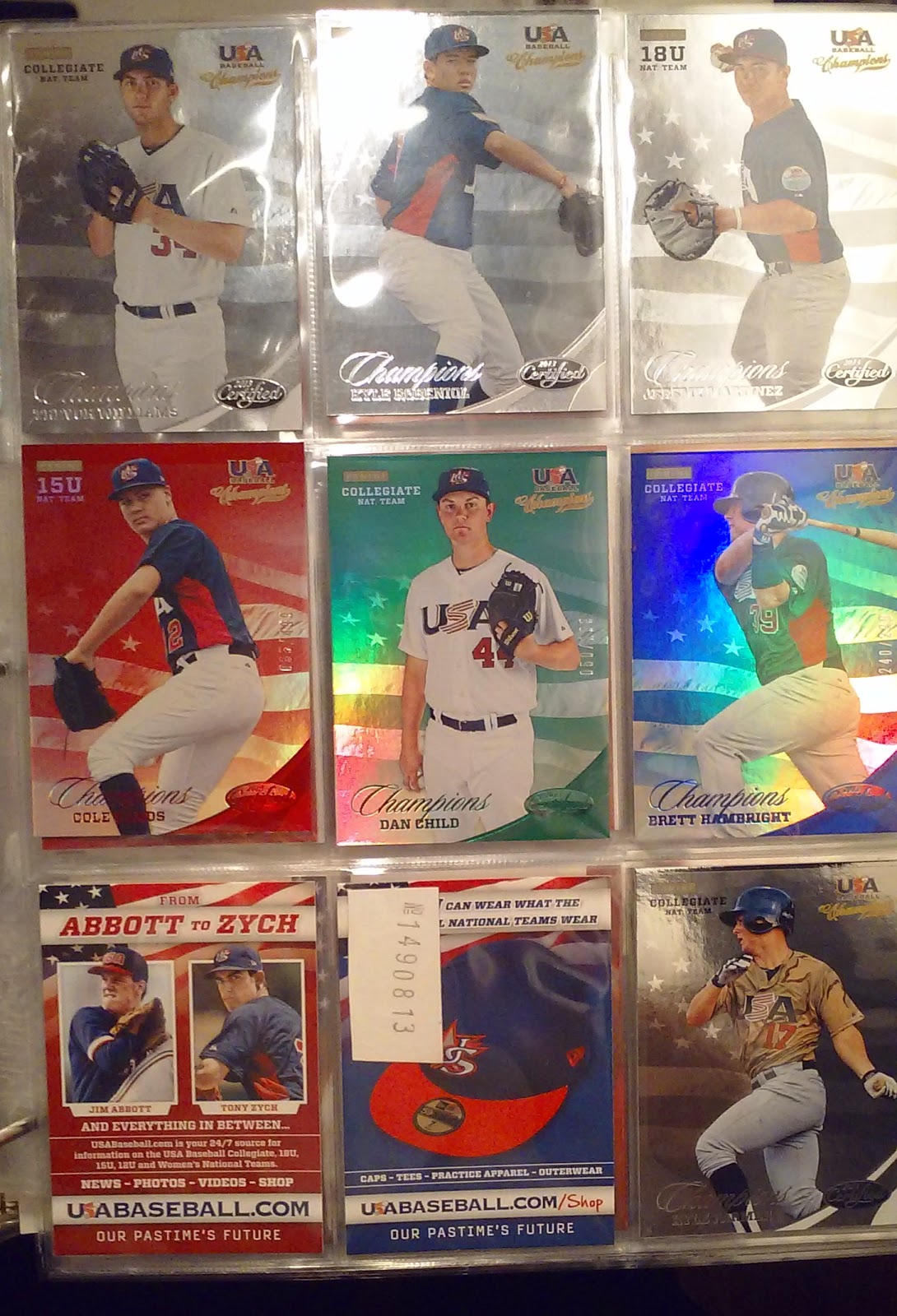 I close the pix portion of this post with additional parallels cards from the National Teams Series portion of the checker. a couple of the above cards are serial numbered. The first two cards on the bottom row are advertisements.