To mark the debut of the final season of Parks and Rec on Tuesday, tonight we are posting a few highlights of a box break of Press Pass Parks n Rec. 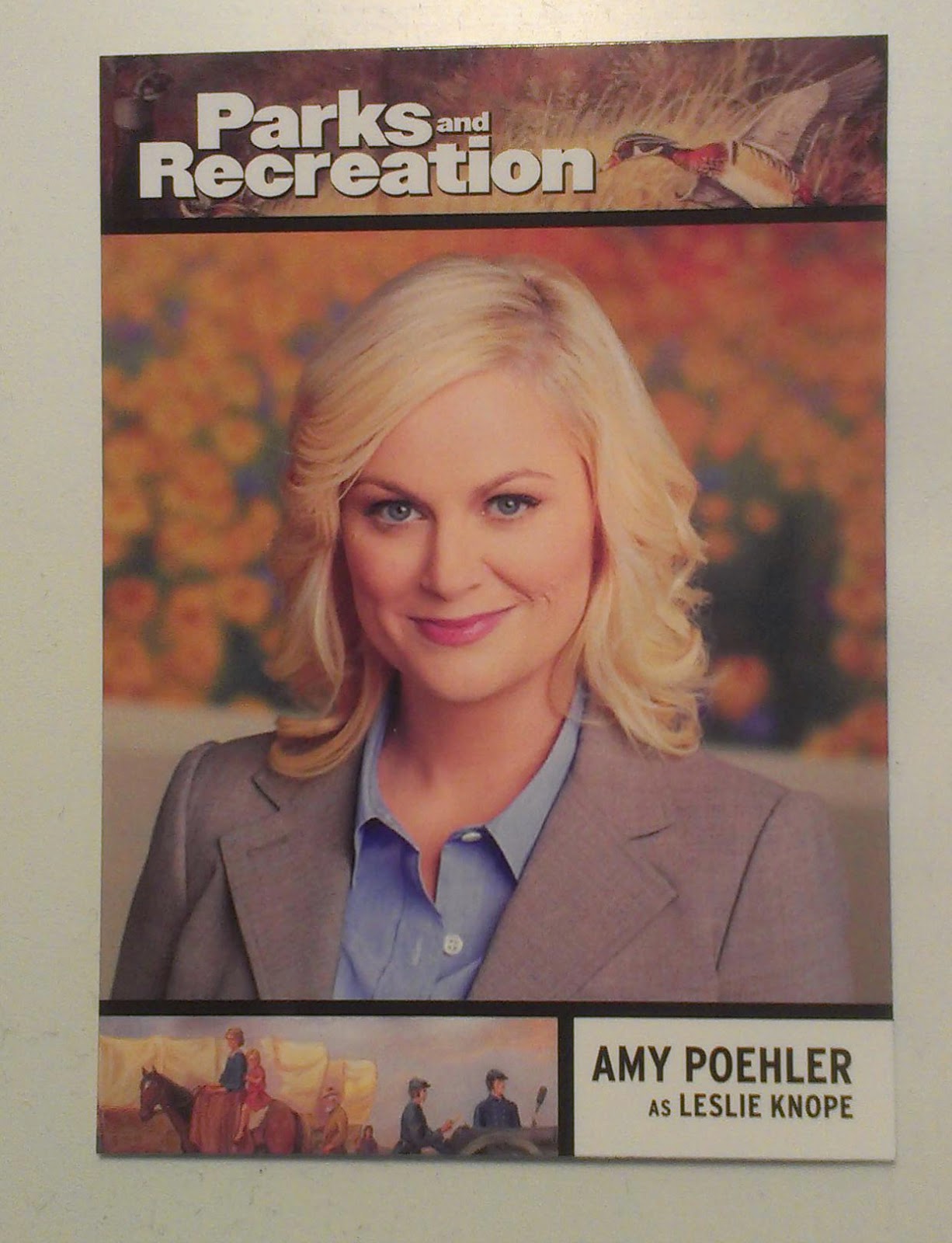 I picked up a single Hobby Box of P&R for $37. It was one of the better boxes as far as hits are concerned.

We lead this post with an Amy Poehler card which is from a subset of 10 of the shows stars. Yes Subset not insert set. What a novel idea. 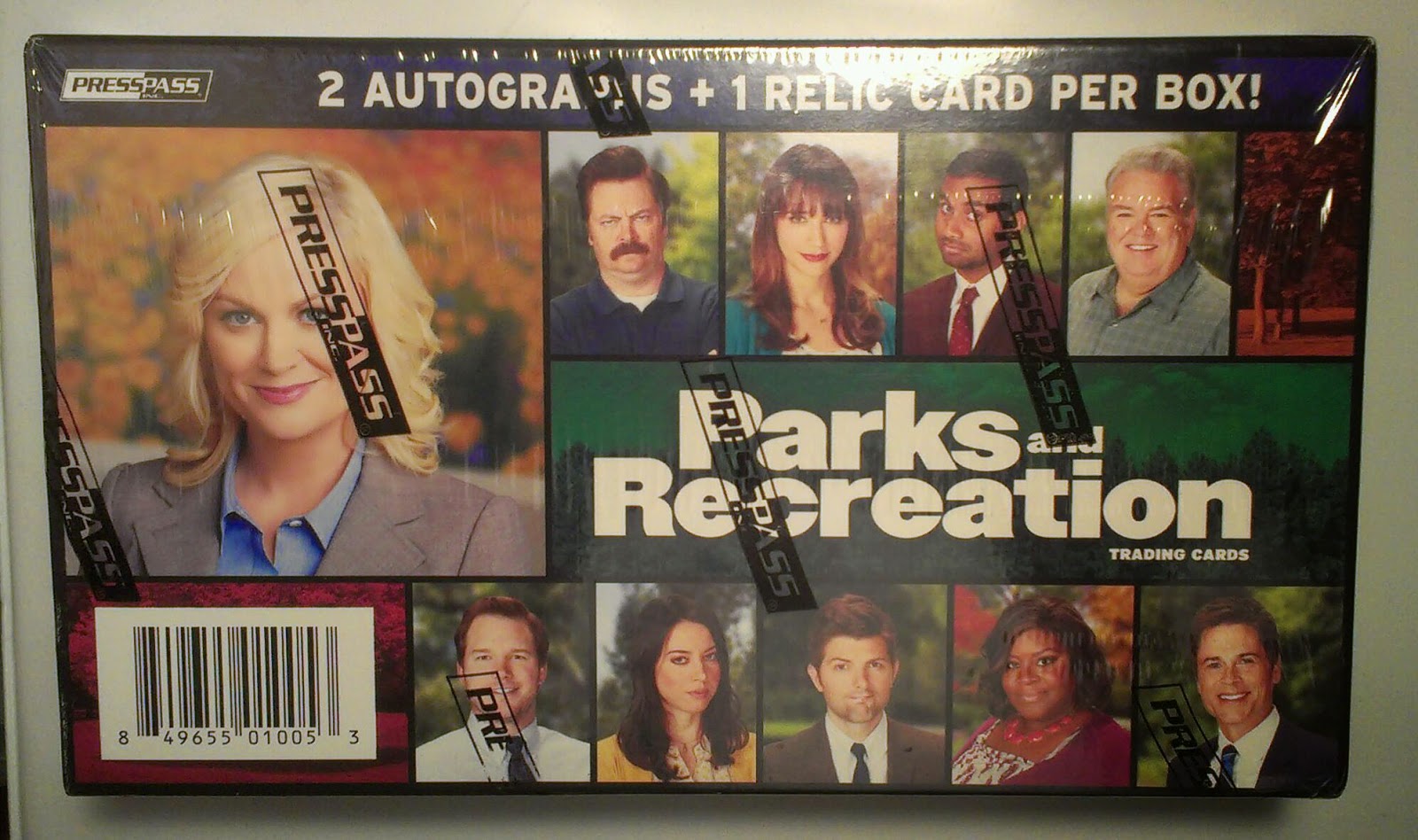 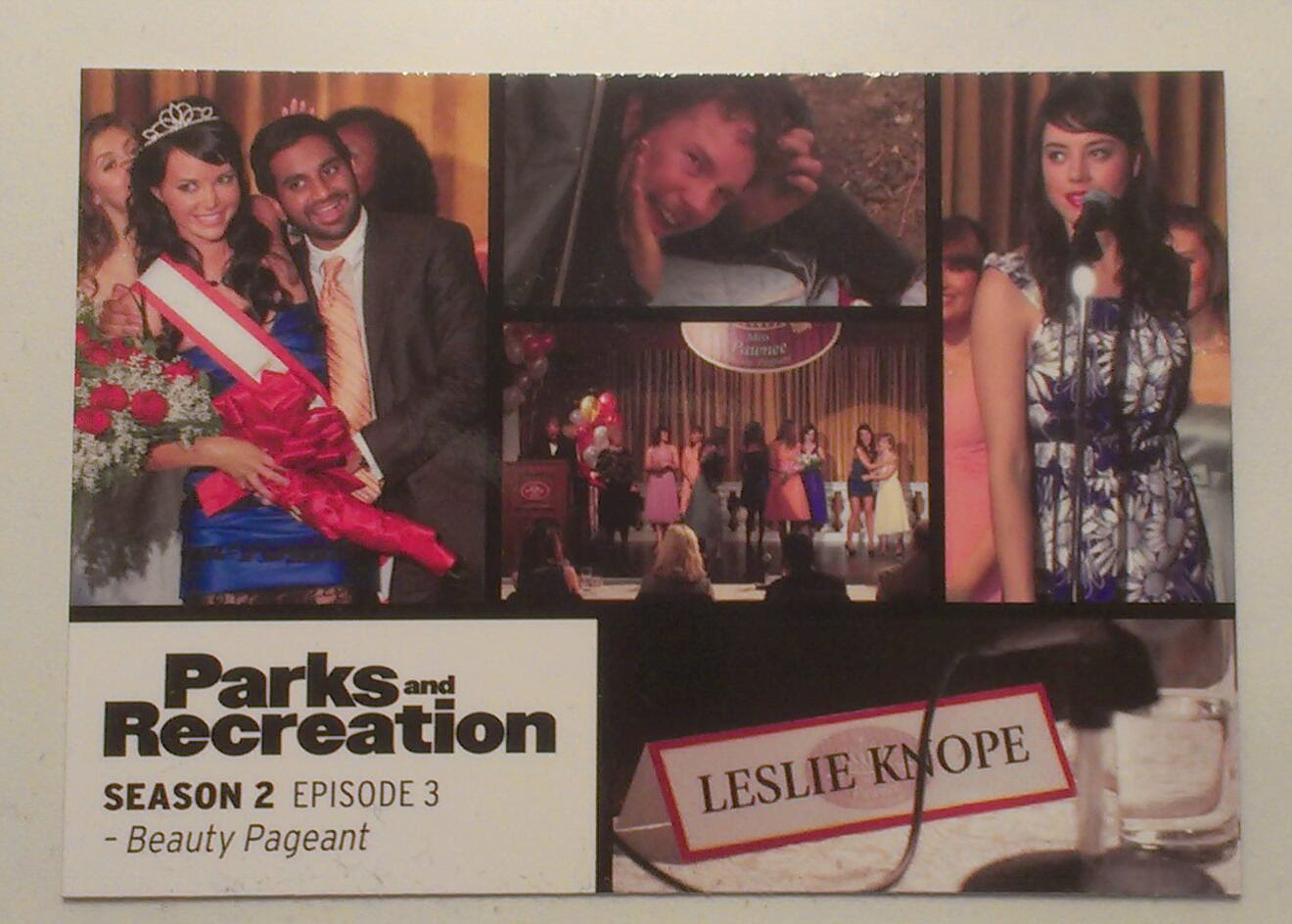 The bulk of the base set features cards dedicated to individual episodes. This Season 2 Ep 3 card is of the show entitled "Beauty Pageant". The card design is drawn from the shows opening credits. The plus here is that this allows for a lot of thumbnail pix on a card. The minus is that the pix are thumbnails. The shots are all tiny and dark. 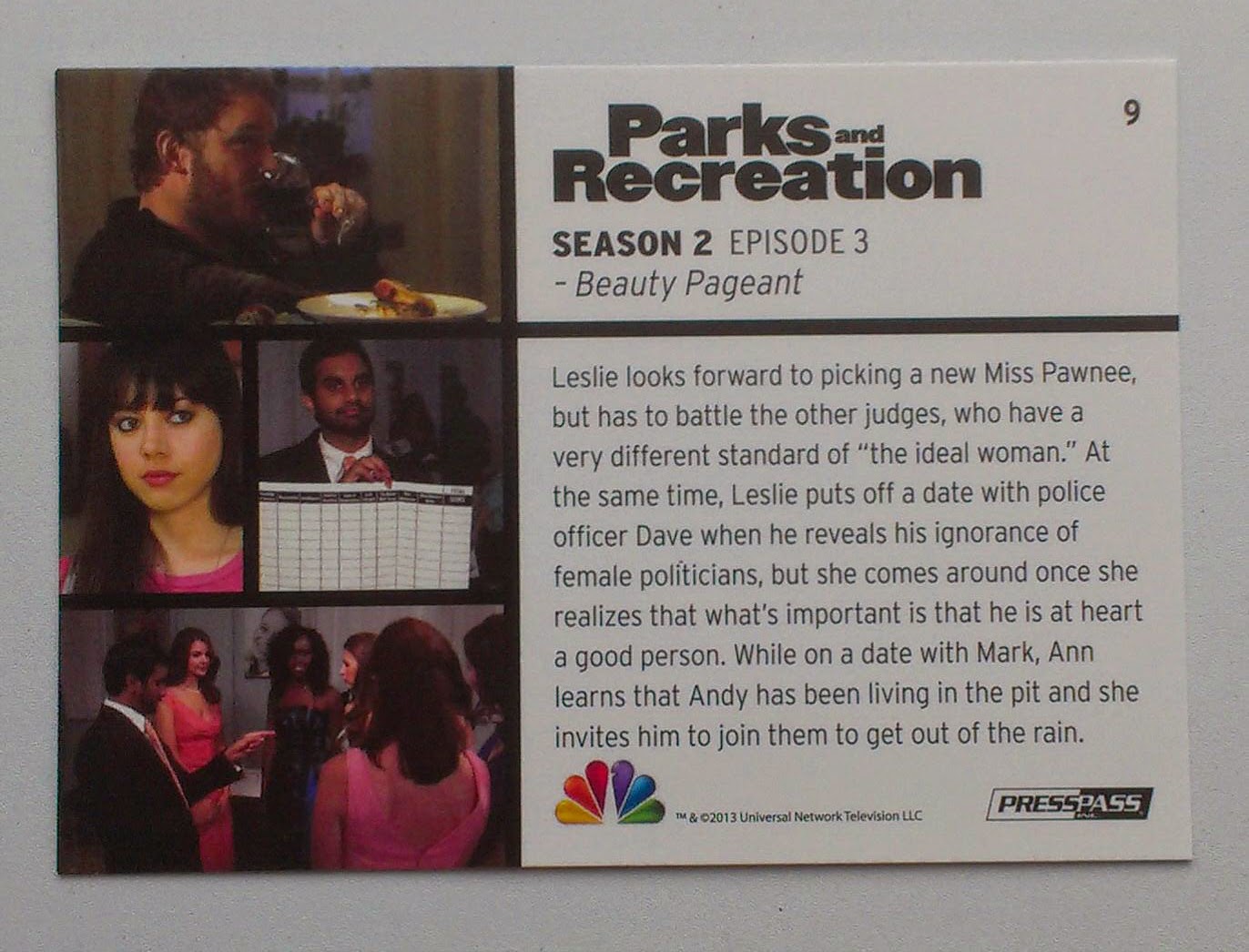 The flip side of each card has an episode summary. A bit of a disappointment the summary mentions Officer Dave, who was played by Phungo favorite Louis CK. Unfortunately I don't think Louis shows up on any of the cards. 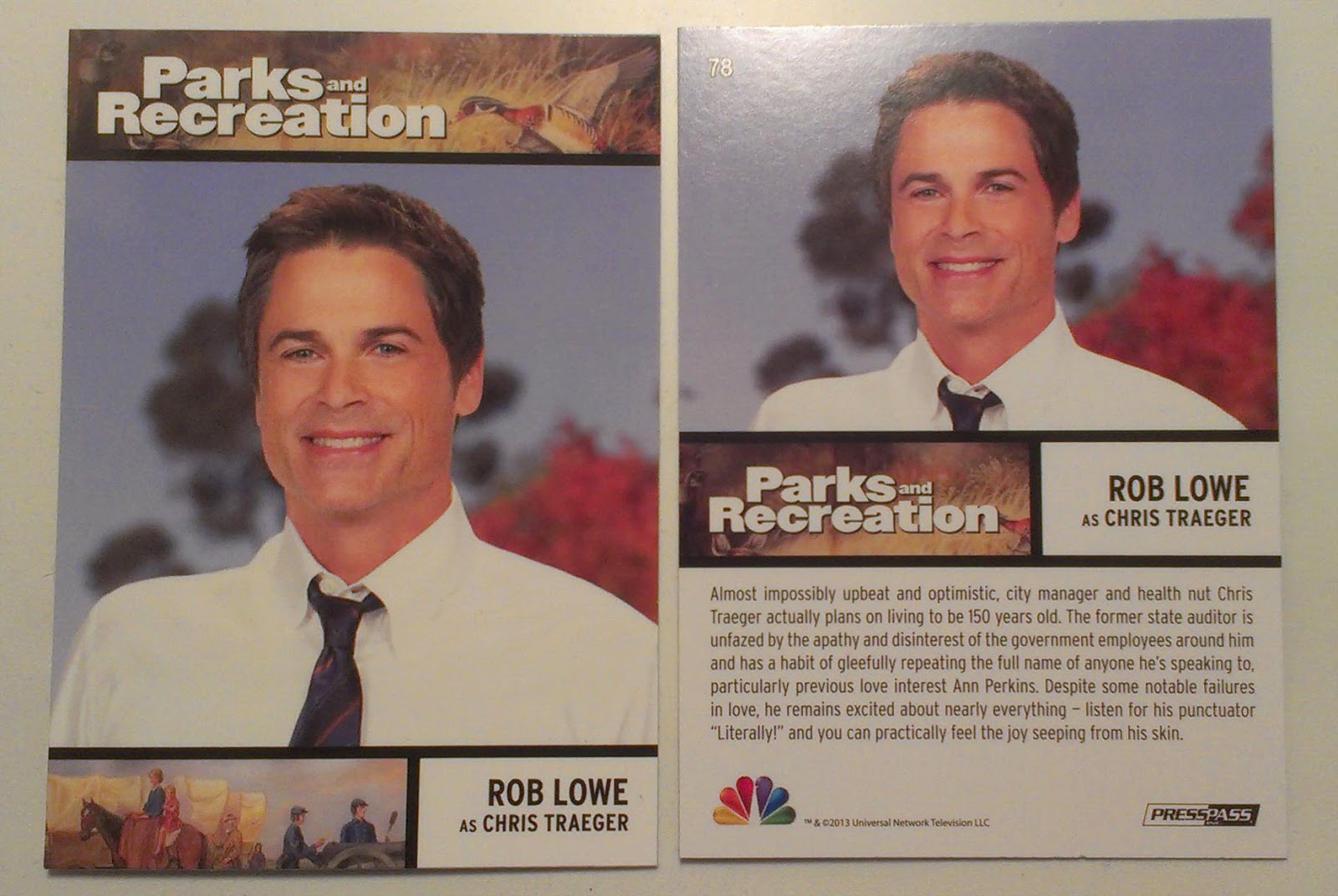 There are a couple of Subset and insert cards. Here we have the Rob Lowe card - most of these cards show the actors as the actors rather than in character. 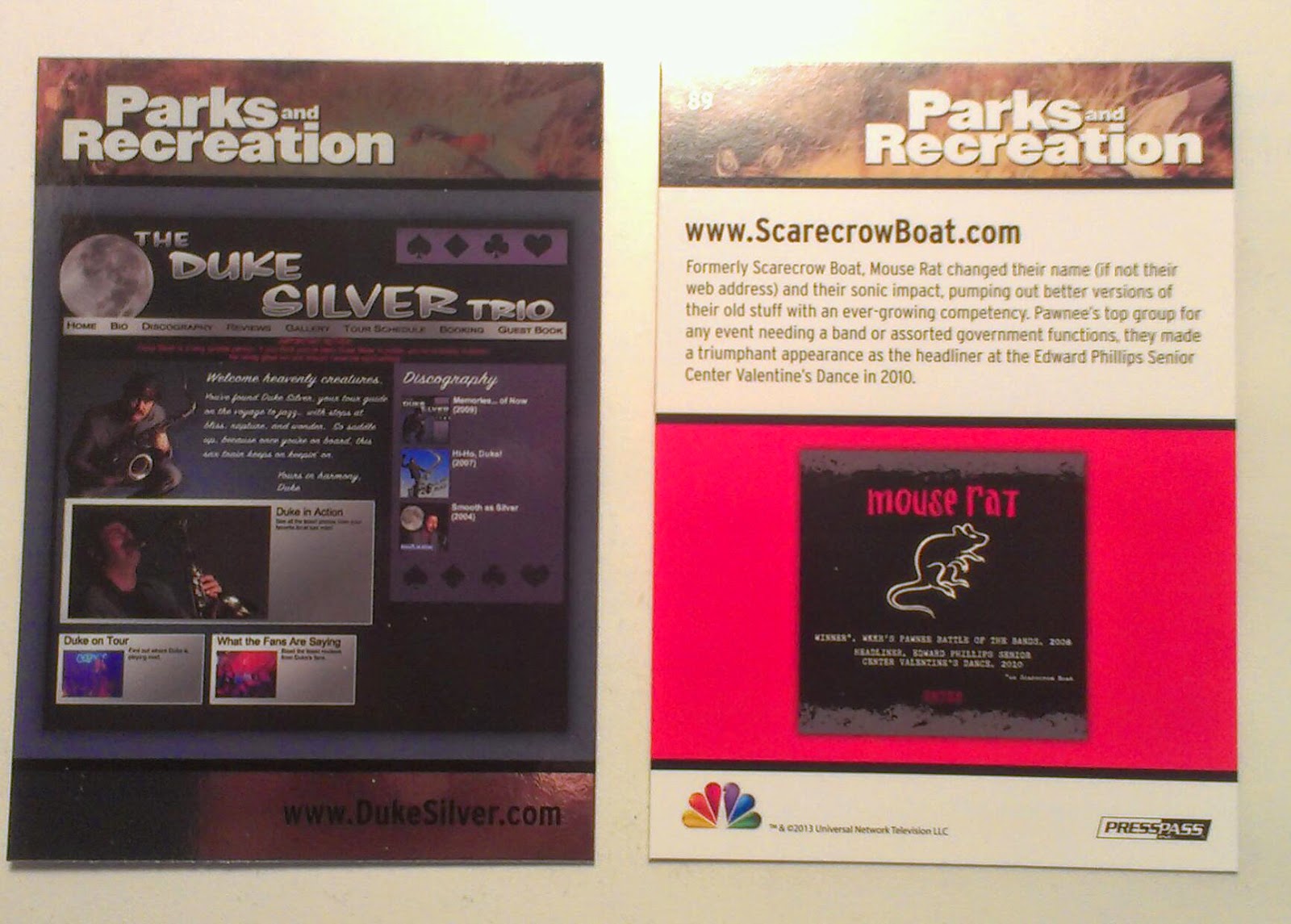 There are a handful of insert cards that fans of the show will enjoy. The above 2 cards are for Ron Swanson's alter ego Duke Silver and Andy's one time band Mouse Rat. 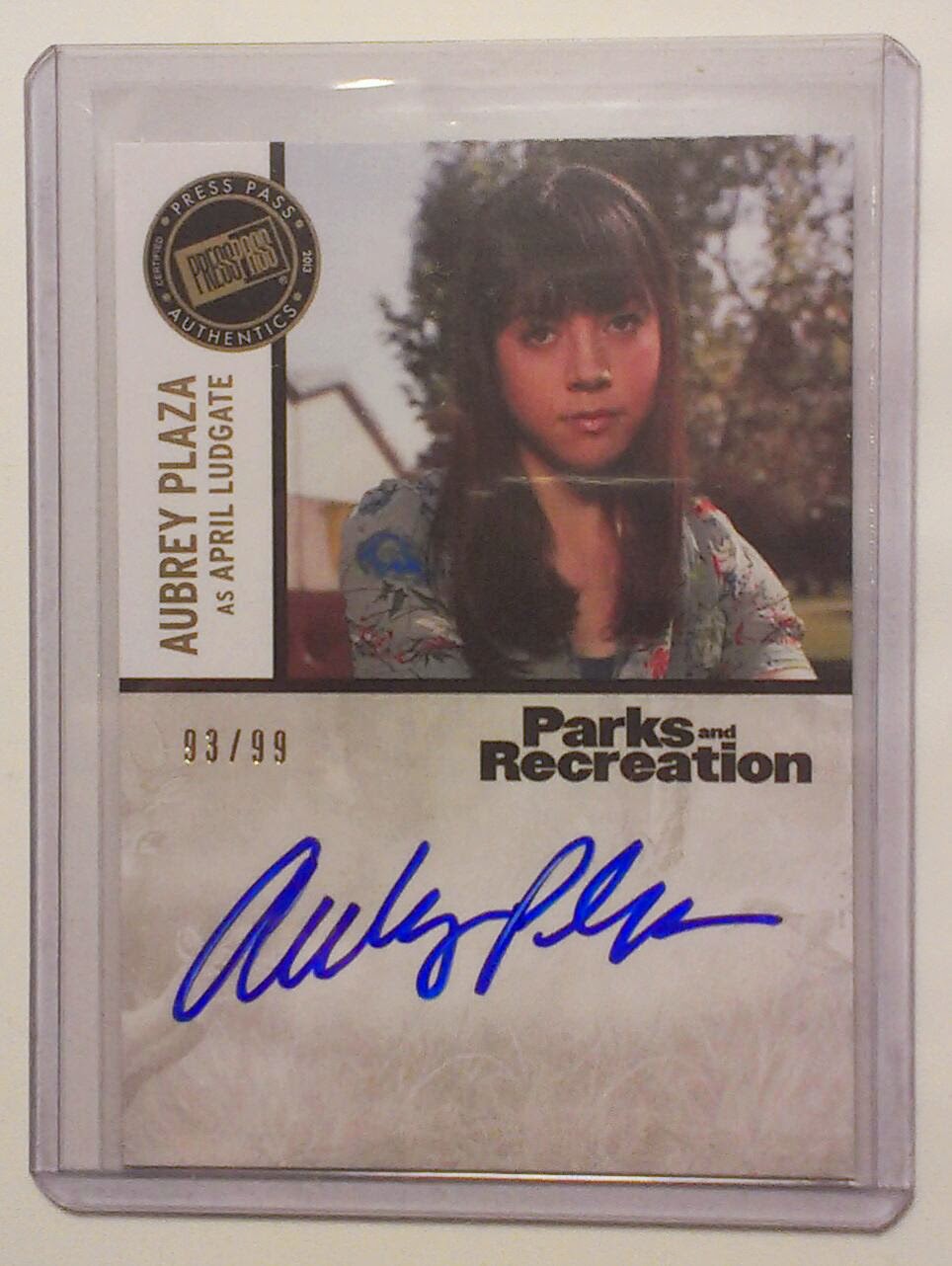 I have only seen her in a handful of flicks but I have become a big fan of Aubrey Plaza. Picking up this auto was a big highlight of the box. This is the blue #d 99 version. 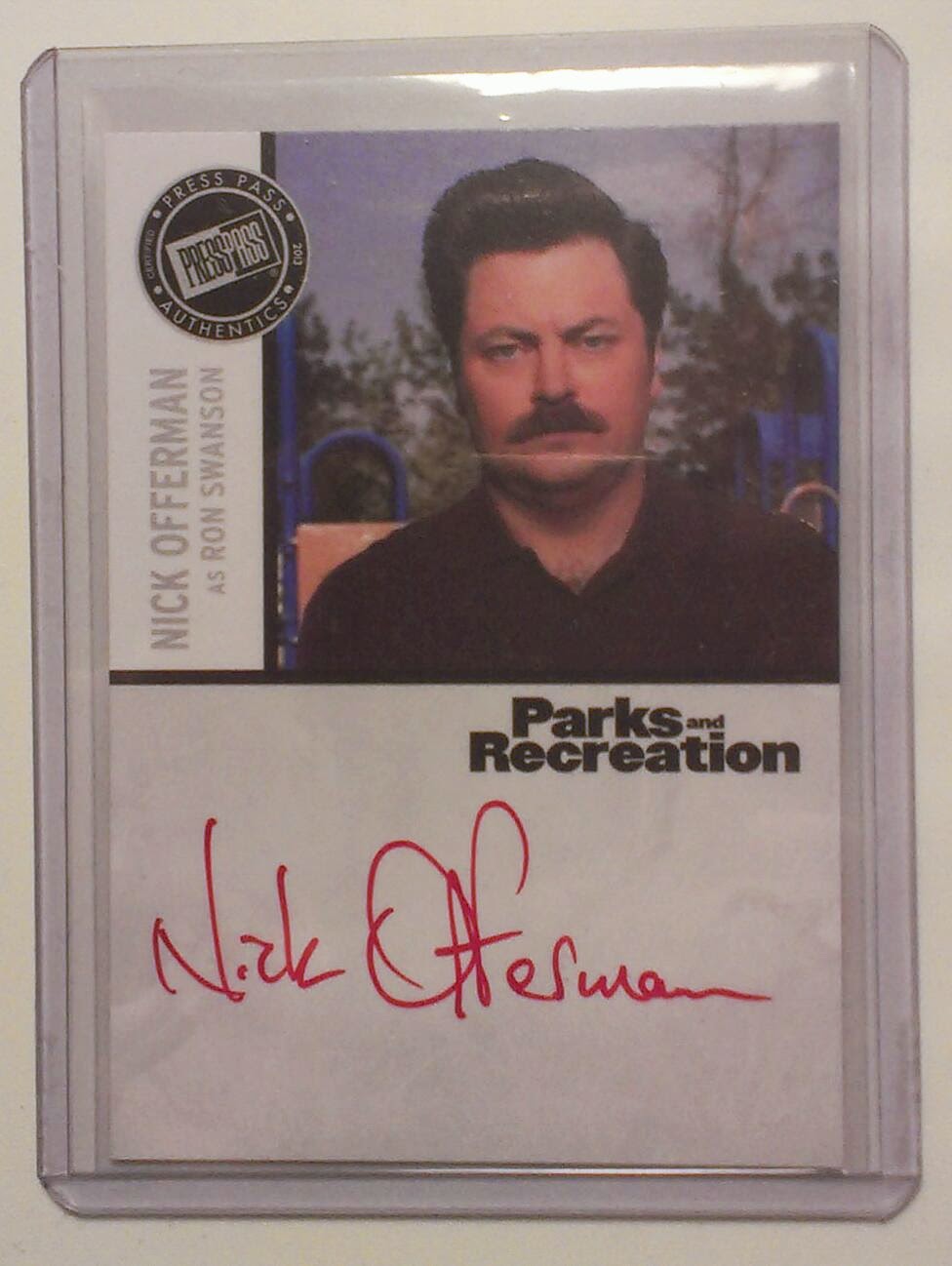 One again we return to Ron Swanson with this base level auto from Nick Offerman. 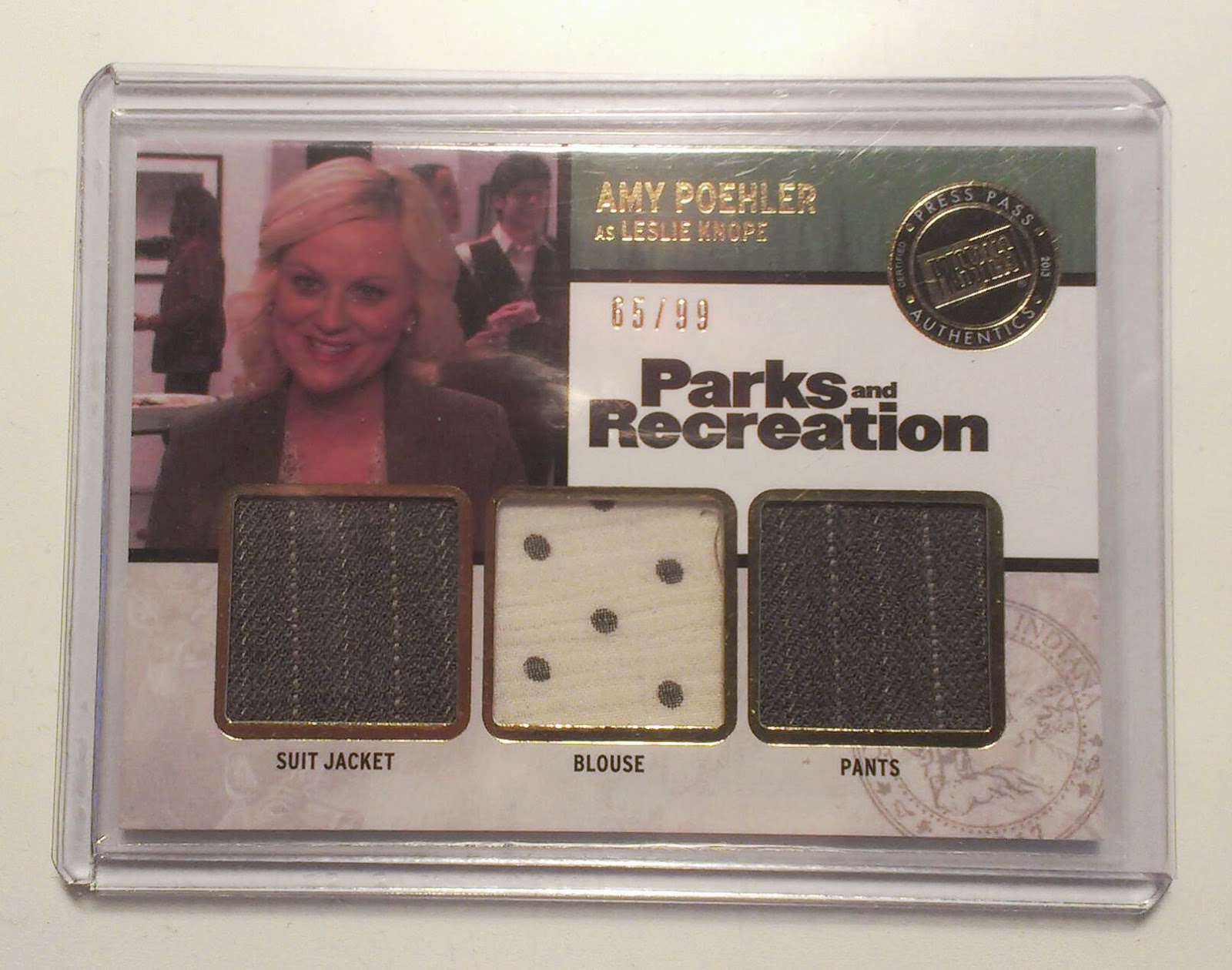 Our final hit is the above 3x Relic of Lesilie Knope/Amy Poehler. This is a nice relic with the three swatches representing different parts of Knope's outfit.

The Vitals
The box contained the entire 90 card base set as well as a dozen+ parallels. We were fortunate to do very well on our hits, but I think any hits within the set would be interesting.

Press Pass
Just want to note here that Parks and Recreation is one of several entertainment card sets produced by Press Pass, which sadly announced last week that they would cease operations.

Cool stuff! I gotta find one of these for myself, great show.

I was kind of disappointed with the look of this set, but it's hard not to get excited over the hits.

great pulls! such a fantastic set, a shame there won't be a second release now....