SuperBowl: Ricky Bottalico is Ready for Some Football 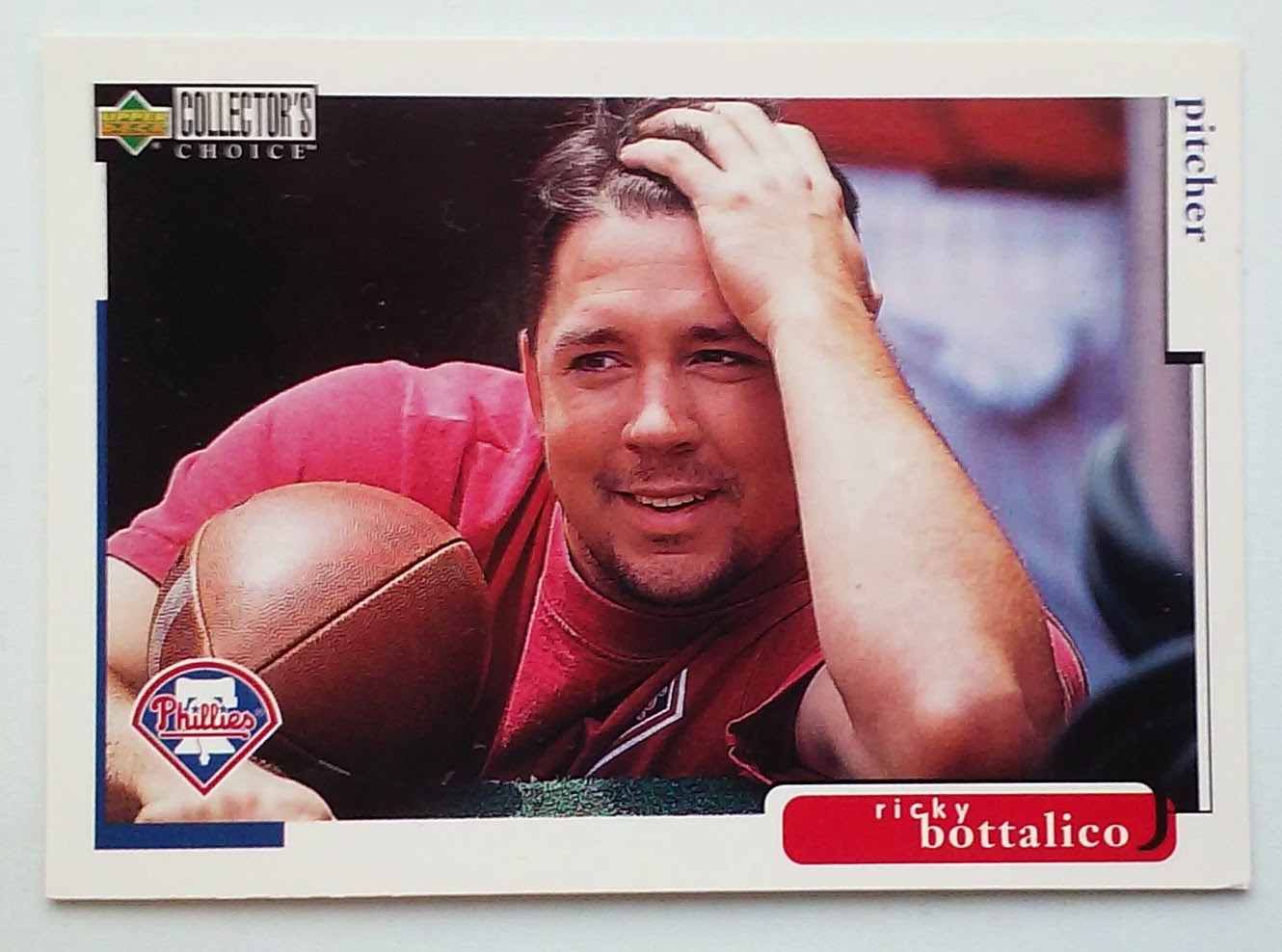 Ricky appears to be relaxing in the dugout or bullpen, This shot was likely taken during BP and Botallico won't need to take the field for several hours. I am sure staying loose with a couple of tosses of the old pigskin isn'a a bad idea.

Today Ricky is still in the Phillies family working the the pre- and postgame shows for Phillies broadcasts.


There in no shortage of baseball cards with football references. Among the recent ones is the 2014 Topps card of Mark DeRosa who was a QB at U Penn and also the Sean Doolittle card which features an Oakland Raiders sign.

There are even cards of Hall of Famers working on their football skills.