On September 2nd of 1990 Dave Stieb’s quest for a no-hitter finally ended. 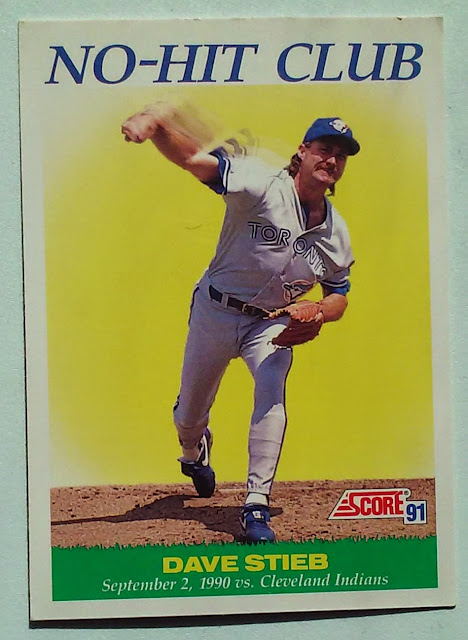 Stieb and his Blue Jays teammates defeated the Cleveland Indians 3-0. Stieb Struck out 9 while issuing 4 bases on balls. However he pitched to 2 over the minimum thanks to his batterymate Pat Borders throwing out a a pair of runners on attempted steals. 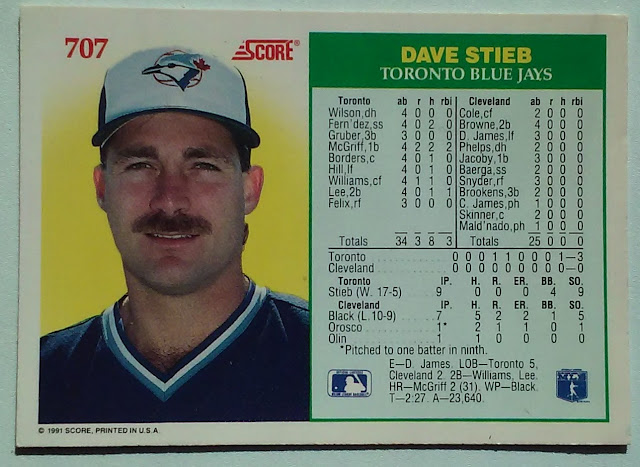 Not a lot of big names in the unit that Dave Stieb recorded his milestone game against. Two parts of the Indians lineup versus Stieb arrived from San Diego in a Trade for Joe Carter (Boo!) Carlos Baerga and Chris James. The Padres originally received James in a trade that sent John Kruk to the Phillies.

Seifeld favorite Ken Phelps makes his 3rd appearance in our Year of the No-Hitter Series. He busted up Brian Holman's perfect game on April 20th and was struck out in a pinch hitting appearance versus Nolan Ryan on June 11th. Phelps went 0 for 2 versus Stieb but did reach base via one of the four walks.

Borders, Mookie Wilson and Fred "Crime Dog" McGriff are the Notables that backed up Dave Stieb in his outing. The Center Fielder for Toronto was future White Sox GM Ken Williams who we previously saw on the wrong side of a no-hitter pitched by Randy Johnson (June 2)

Tomorrow I'll be Perfect
Notice above I state Stieb’s quest “Finally Ended” well I have no real way of knowing if this was really a quest for the Blue Jays Ace. But I do know that he came awful close to tossing no-hitters several times.

Dave Stieb’s autobiography titled “Tomorrow I’ll be Perfect” was released in 1986, two years prior to his No-Hitter string. The reference to Tossing a Perfect Game, which never happened but hopefully the No-Hitter he got on September 2 1990 was close enough.

Like Dave Stieb finally getting his No-Hitter, we have finally finished are year of the No-Hitter series. I enjoyed writing the series and find it fitting that it occurred in another heavy no-hitter year. While our coverage of the 1990 No-Hitters has ended, I see the series continuing by checking in on a smattering of the remaining 280+ No-Hitters and related trading cards

SABR Games
The SABR Games summary of this game was authored by Adrian Fung and can be found  here.