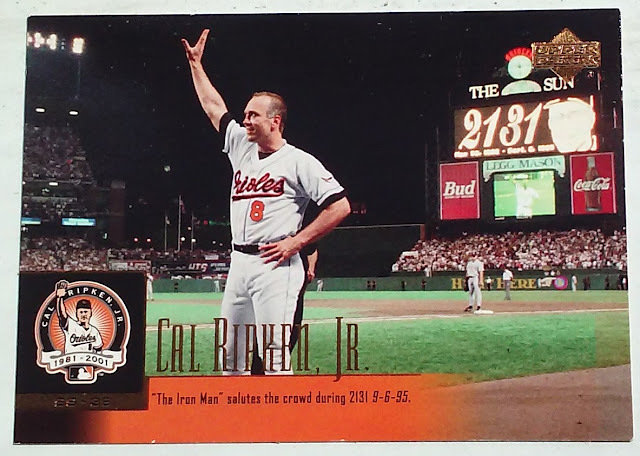 This card is from a special 2001 Commemorative set that I believe was a giveaway at an Orioles game - wish I can remember. 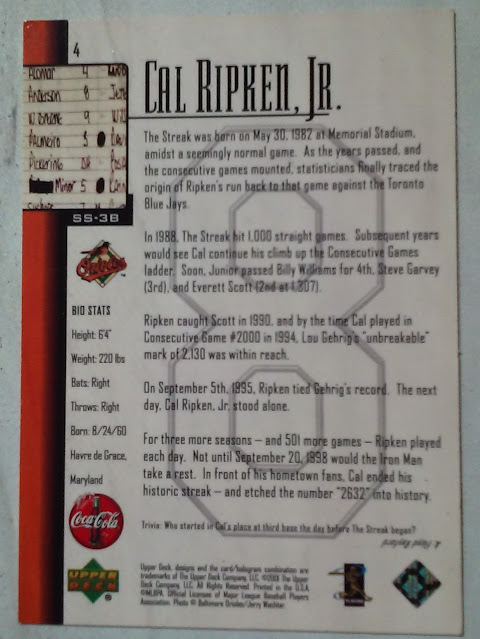 The flip side of the card covers some of the milestones in the streak and has a thumbnail of the lineup card from the game Ryan Minor started in place of Ripken. We discussed that game where Cal Ripken finally took a day off on the 15th Anniversary.