Each season I make it a priority to check in on Phillies Alumni weekend. I love seeing the players from my younger years come back to Philadelphia, even if it is to just wave to the crowd. When a club is going to lead the league in losses you look for bright spots anywhere they can be found.

The 2016 Phillies schedule came out earlier this week and it appears the weekend will occur August 12th &13th versus the Rockies. 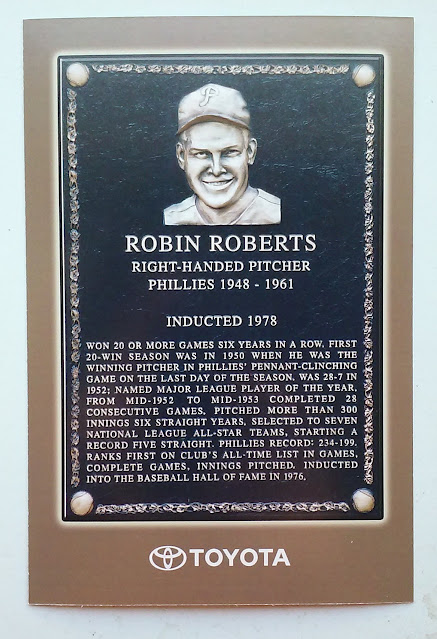 Each year the Phillies add an alum to their Wall of Fame, the initial induction was of Robin Roberts in 1978.

In 2006 the Phillies issued a set of postcards to honor the "Wallers". Today we have the card dedicated to Roberts. 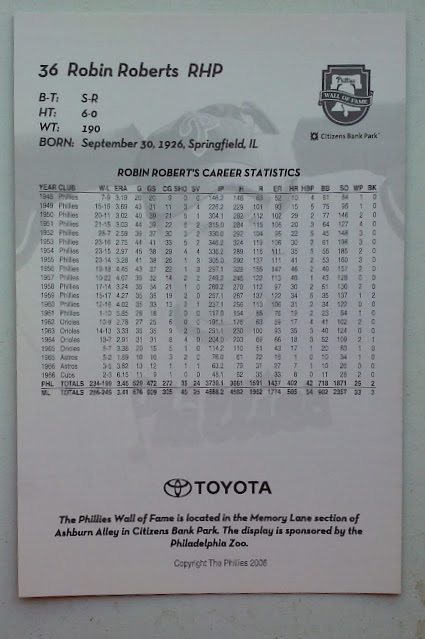 
Robin Roberts Stats on the back plus a ghosted faux-action shot.