Rennie Stennett recorded 176 Hits during the 1975 season. He collected SEVEN of those hits in a single game, a 22-0 Pirates rout of the Cubs at Wrigley 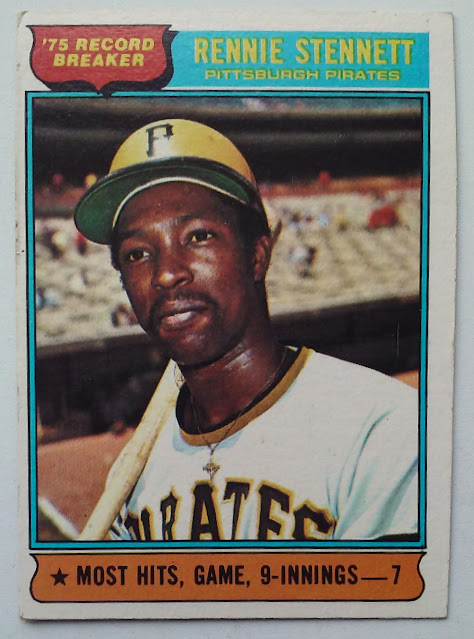 Topps noted the accomplishment with card #6 in their 1976 Record Breaker Set.

Rennie is one of only two players to pick up 7 hits in a nine inning game, the other is Hall of Fame manager Wilbert Robinson. 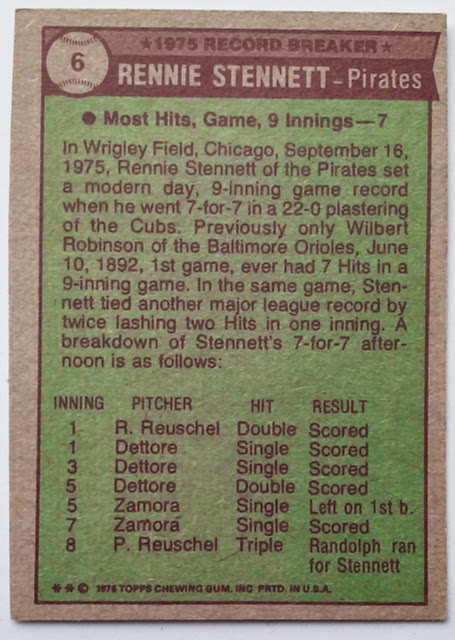 Interesting graphic on the RB card. All of Stennet's ABs are listed along with his scoring result. Notice he had not one but TWO multi-hit innings, the first and the 8th. Stennet's 7 hits got him the first 3 hits of a cycle. He scored five of the 7 times he reached - Rookie Willie Randolph pinch ran for Stennett in the 8th. The first and last hits were off of different Reuschel brothers, Starter Rick first and Finisher Paul Last.

As a team the Pirates collected 24 hits that day. Every starter including pitcher John Candelaria picked up a hit AND scored a run. In addition to Stennett six other Pirates had multi-hit games.