Today the Phillies made it official that Ruben Amaro would be let go as GM. 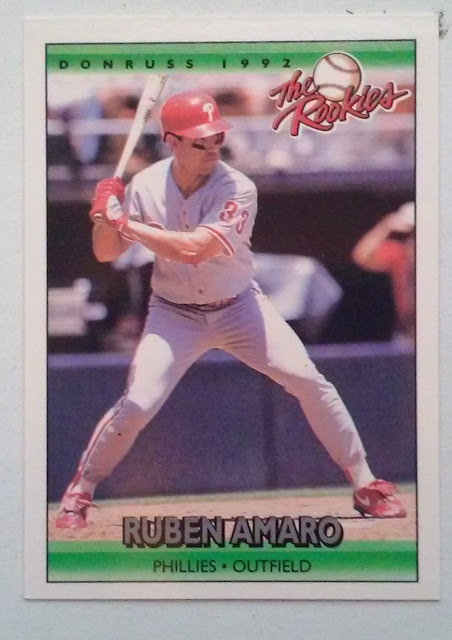 Amaro's tenure as Philadelphia is looked upon rather poorly, he took over the Club shortly after they won the 2008 World Series and leaves them with the worst record in baseball. When evaluating RAJ time with the Phillies one must also consider the fact that he was one of the key people working with Pat Gillick to build the team that did win the World Championship.

The Phillies have had declining fortunes for seven consecutive seasons, they are destined to finish with one of the three worst records in 2015 and have had 2 manager changes in the last 3 years. These are all factors that point to the need for a change. 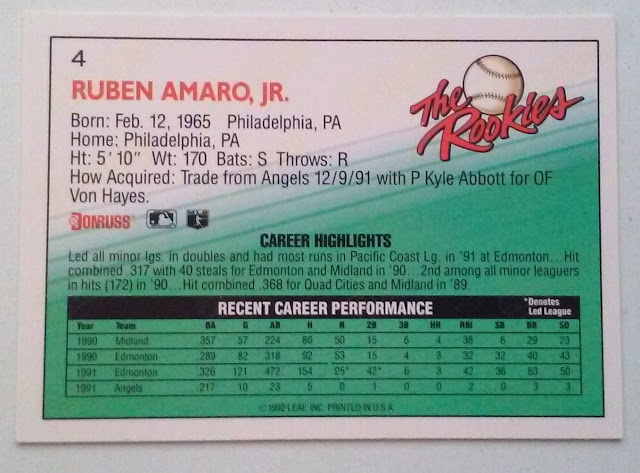 The demographics has the interesting factoid that Amaro was acquired as part of the meager return for longtime Phillie Von Hayes.

1992 Donruss The Rookies
Despite this card being part of a set titled "the Rookies" it is not a Rookie Card. There are a few true RCs in the set, the Most prominent of which are Manny Ramirez (98) and Jeff Kent (61). 2008 World Series Champion and Current Phillies Broadcaster Matt Stairs has his RC at #112 in the set.