Man of the Year: Ryne Sandberg

In a year when Philadelphia teams fired 3 coaches in the four major sports and the only one to survived started 3-32 it only seems appropriate to give a "Man of the Year" award to Ryne Sandberg.

Score Presaged this a quarter century ago. 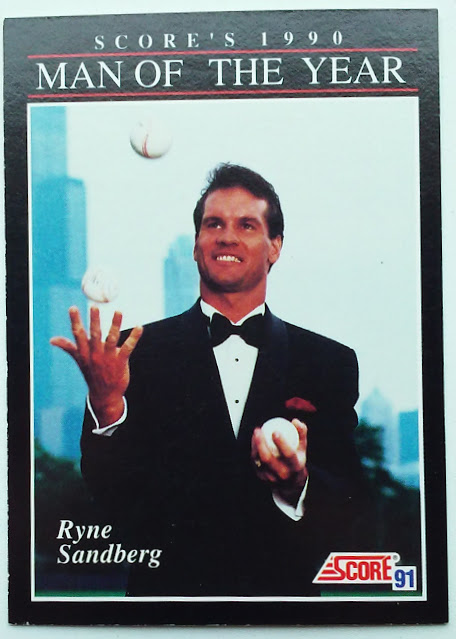 Regardless I wish things would have worked out better in Philadelphia for Ryne Sandberg. And technically I suppose he quit rather than got fired, but I think his departure was inevitable. 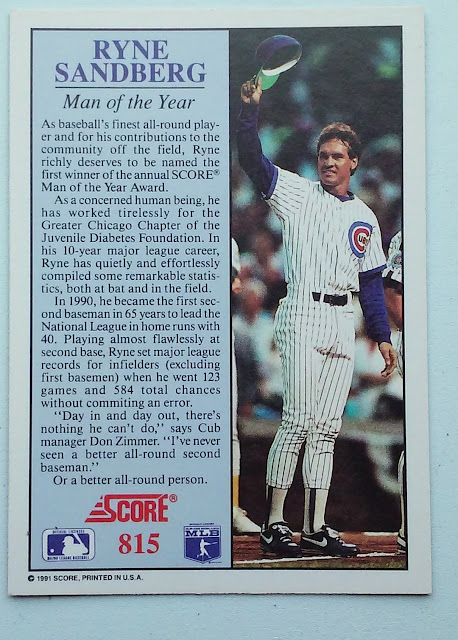 Ryne Sandberg's charitable work in Chicago during the era is noted on the back of the card. Specifically his work with the Chicago Chapter of the Juvenile Diabetes Foundation is mentioned.

It was a shame to see him go the way he did; eerily similar to how he quit on the Cubs in 1994. Hopefully he gets another chance.