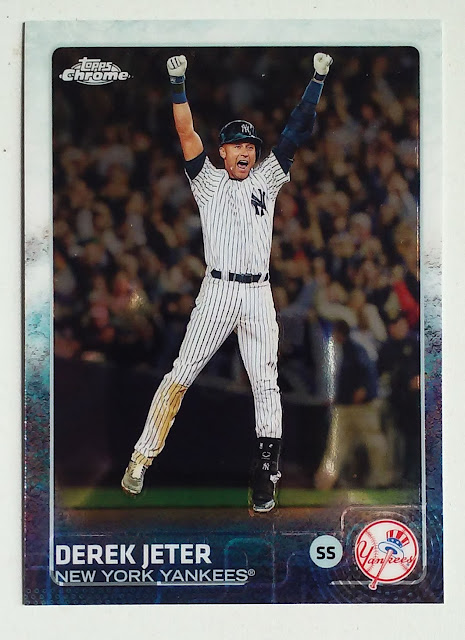 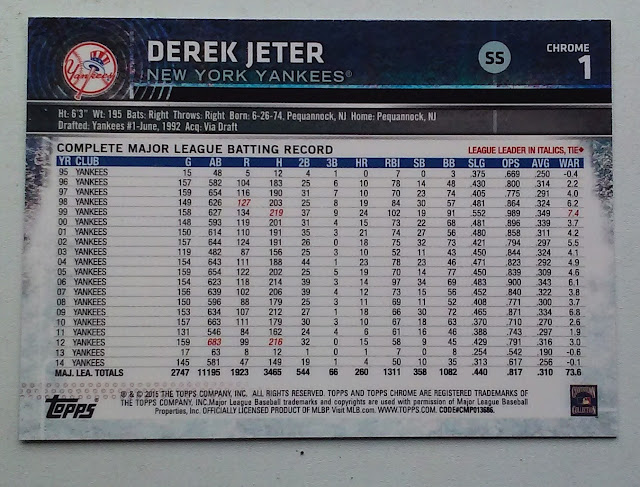 Prior to the 1990s(?), Topps was not in the business of knowingly including retired players in their sets. The one exception I can think of is a tribute card to the deceased Ken Hubbs in the 1964 set.

The '73 Clemente card was probably already included prior to his death.


For the record, I don't like the inclusion of retired players, or non-baseball subjects, in a particular year's card set. Even their infatuation with Mantle cards over the years (and I am a Mantle fan!)

IMO, current year baseball card sets should be exactly that - sets of (ideally all) the current players. As you can imagine, I have no A&G cards.

Furthest thing from being a Yankees fan... but I had no issue with Jeter earning the #1 spot last year. He earned it. Great card.