For our second installment on the 1993 Philadelphia Phillies we take a look at one of the anchors of Macho Row, Dave Hollins. 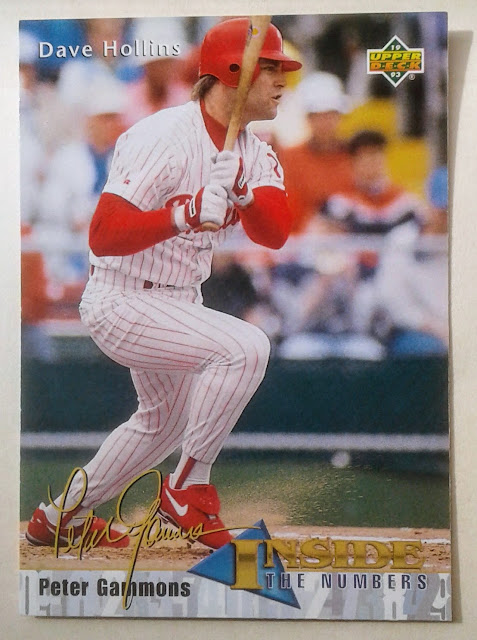 Hollins made his lone all-star team in 1993 posting 18 Home Runs with 93 RBIs. He batted cleanup for the Phillies in all 143 of his starts. His big blow in the postseason was a 2 Run Homer off of Greg Maddux in the Phillies 6-3 NLCS clinching victory over Atlanta.

1993 UD Gammons
Today we have another subset that I loved at first sight. Back in the pre-internet pre-MLB Network days Baseball Tonight was something I checked in on whenever possible. One of the many fine baseball folks that I discovered there was Peter Gammons. He had a way of getting to the important issues without hyperbole, He was honest firm but never said anything unnecessary.

The 1993 UD Peter Gammons Inside the Numbers set is 21 cards that run from #450-470, They directly follow the Derek Jeter RC which resides at #449. As of now the subber contains 3 Hall of Famers with Mike Mussina lurking.

The card fronts are minimal with a photo on top and player name. The Peter Gammons logo is out of the way at the bottom of the card. Gammons facsimile sig on the front of the card give the set the illusion that the players were handpicked and adds some authenticity to the text on the back.

Speaking of backs lets see what Mr Gammons had to say about today's hero. 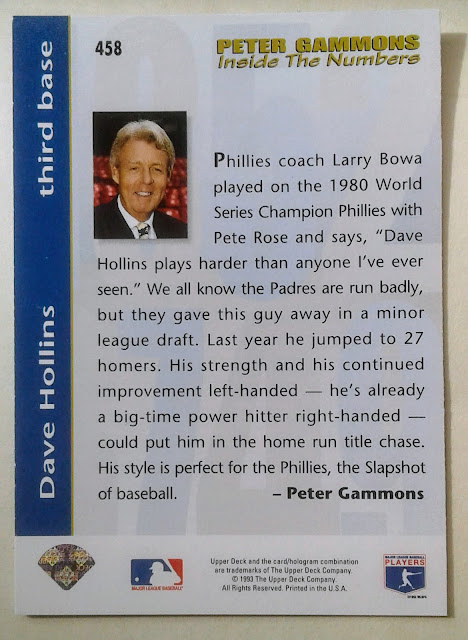 No pressure as Gammons mentions a comparative with Pete Rose while quoting Larry Bowa. I am not sure of exactly what he means but I am pretty sure I like Gammons describing the 1993 Phillies as the "Slapshot of baseball". 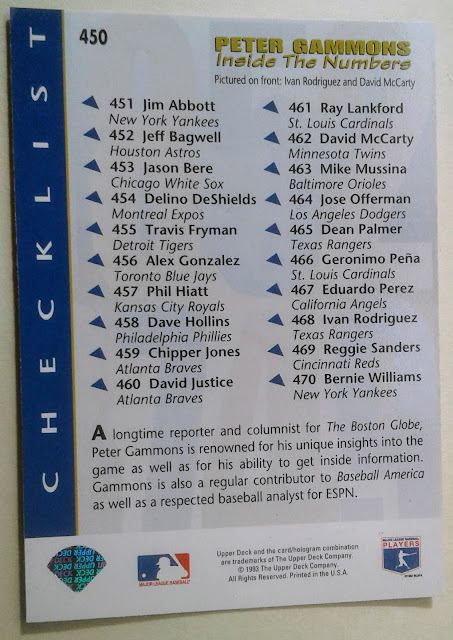 This subset is part of the Phungo Collection and lifetime permitting I may get to covering all of these cards someday. This posting will serve as an index to those columns.

David "Bubba" Hollins
Dave's son David is also a Professional Baseball Player. Last year he signed with the Miami Marlins out of St Bonaventure. He got into a dozen games with the Batavia Muckdogs batting .214 across 42 ABs. Like his father David is a Third Baseman and he appears to also have his fathers batting eye. His offensive numbers were modest but he did draw 8 walks in those 12 games.

Apparently David (the younger) goes by "Bubba" which is a nickname that he shares with Dave (the elder) Hollins Macho Row teammate Darren Daulton. 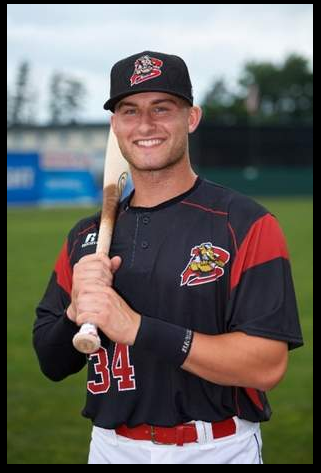 David "Bubba" Hollins (image from the Daily News)
David is sporting #34, a number that his father never wore during his major league career