Welcome to the Hall of Fame Jim Thome

Last night we got the good news that a Phillies Fan Favorite was inducted into the baseball Hall of Fame. \ 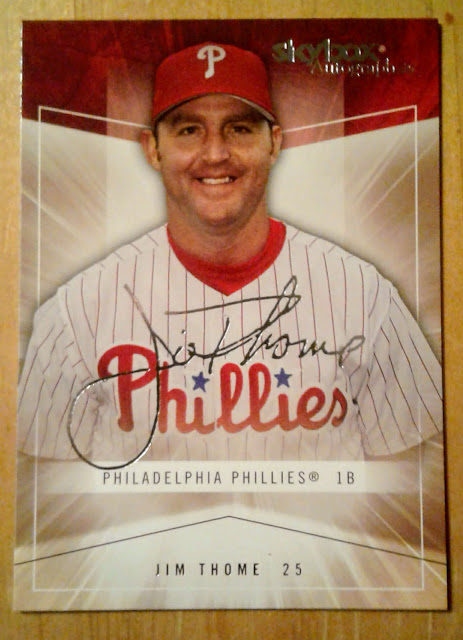 I don't need to get into his HOF credentials here, I mentioned them last month in our HOF ballot series.

The above 2005 Skybox Autographics set gets a fair on my design scale. Nothing really going for it, but inoffensive. 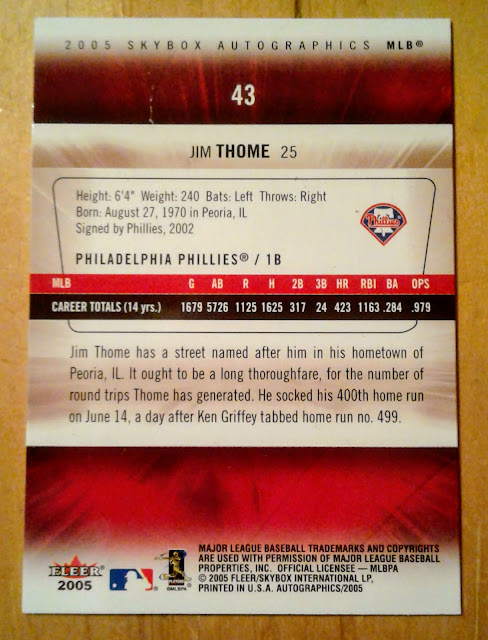 The last sentence in the text mentions Thome's 400th HR which occurred in a game that Team Phungo is very happy to say that we had the chance to attend.

The Phillies won the game 10-7, Jim Thome wasted no time getting his milestone Homer, a 2-run shot off of Jose Acevedo.  A video of the Home Run along with the call by Harry Kalas can be found here. It was a fun night and I am glad we live in an era when I can dial up the memory check out a video of the event just about anytime I want.

Returning to the b-side of the card I would like to take a look at the second half of the last sentence. Fleer mentions that a day prior to Thome's 400th Homer, Ken Griffey Jr had hit #499. Junior may be universally loved, however...

Griffey sat out the game and hit #500 a week later.