Today's HOF Recognition posts goes to Vlad Guerrero. He is going in as an Angel but I will think of him more as an Expo. For this reason our Vlad HOF posting features the following Expos card. 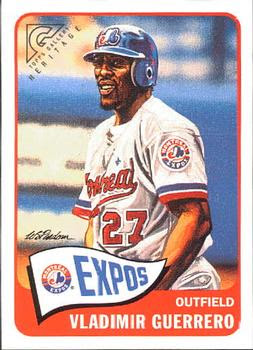 Topps Gallery returned this past fall and I found the cards pretty meh. For me the apex of  Topps Gallery is the 1965T Homage insert that was produced in 2002. Guerrero is the last of the 10 offerings in the set.

Bill Purdom
The artist responsible for the Guerrero portrait above is the late Bill Purdom who appears to have done the artwork for all ten cards in the set. The paintings are all well done and in my opinion superior to anything I have seen in the latest edition of Gallery.

Purdom has done a number of really cool pieces for various baseball entities including the Hall of Fame. His Phillies related subjects include Robin Roberts and Mike Schmidt during the teams 1976 season when the club hosted the All-Star Game 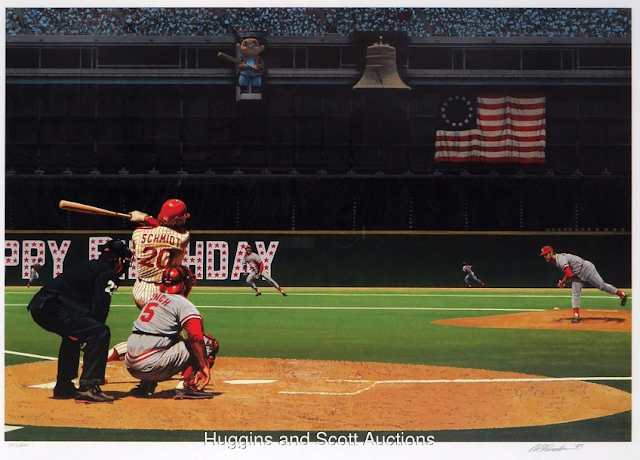 During the 1976 season the Phillies celebrated the Bicentennial, among the teams various decorations to honor the occasion is the Happy Birthday sign in Left-Centerfield.

1965 Topps
In addition to the original artwork I like how Topps has brought forward the classic 1965 Design. The colors on the card are really sharp and really pop off the cardboard. 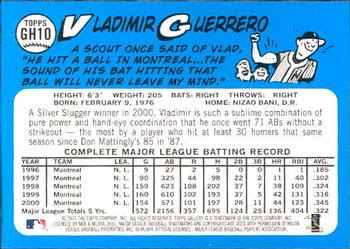 The design carries through to the back. The blue is significantly brighter than on the originals but that doesn't bother me.

I am thinking of building this Set and this posting will be an index for those cards. As things stand it appears this set will have 7 or 8 Hall of Famers. Todd Helton who debuts on the 2019 ballot  and A-Rod are the "Maybe" players while Mark McGwire appears doubtful.