Just some quick pictures from our trip up to Shea Stadium to see the Phils take on the Mets. Fortunately we caught the first game which the Phils won behind another great performance by the ageless Jamie Moyer. Greg Dobbs had the big hit on offesnse knocking out a 3 run homer against Pedro Martinez. 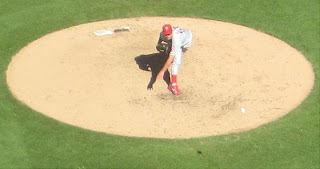 Another good day in the sun for Jamie Moyer. I was pretty happy the Mets announced the postponment of the game early on Saturday. The weather on Sunday was near perfect for baseball.

Here is a picture both Mets and Phils fans can enjoy. 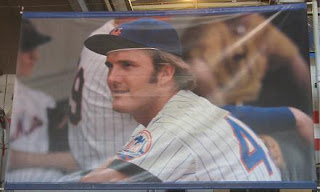 There are several banners of Mets greats hung from the rafters in the lower concourse. This is one of Tug McGraw.

Here is another one more for the Mets Fans. 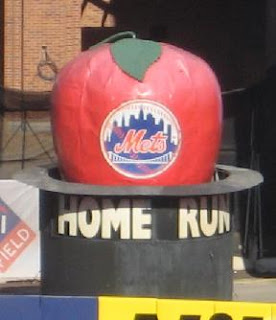 Luckily, The only time we saw The Big Apple make an appearance was not for a Mets Home Run but during the 7th innning stretch.

More pictures, highlights, and commentary later in the week.