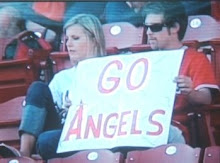 Congrats to Card Buzz on winning the Fall 2009 Spot the Sig! contest.

I hope this STS victory takes some of the sting out of all the Players the Angles are losing via Free Agency right now. Thanks for all those that participated and Card Buzz can you email me your mailing addy - I would like to get a Prize Package out to you, but it will likely have to wait till 2010 - My email is accessible via my profile.

Card Buzz identified 4 out of the last 5 autos in the STS! contest, Adam Lind, George Blanda, Chone Figgins and this weeks Paul Konerko. 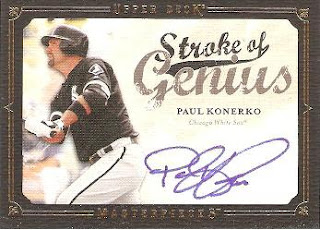 And in case you haven't heard, the Spot the Sig! Winter 2010 Edition will be held over at Padrographs. Rod plans on starting on January 3rd, and I am looking forward to it, for more information click here. Good Luck to Rod and all competitors in the Next Spot the Sig!