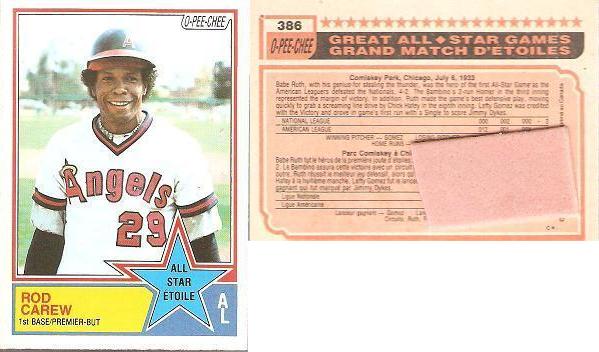 Last week I opened a 27 year old pack of O-Pee-Chee baseball Cards over at A Packed to be Named Later. As you would imagine the stale gum was affixed to one of the cards, which happened to be a Rod Carew All-Star card.

There were a couple of comments on ways to remove the gum. One was to put the card in the freezer overnight. This is how we remove excess wax from a candle encased in a glass, so the approach seemed reasonable. 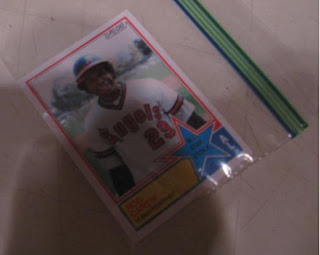 Rod Carew in Plastic Baggy - excuse the shadow - once again I would have failed Photography 101. 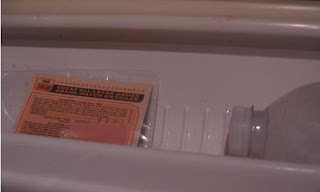 Rod Carew in Freezer sharing a shelf with a frozen water bottle, which will be needed while attending a 100 degree humidyfest game later this week. 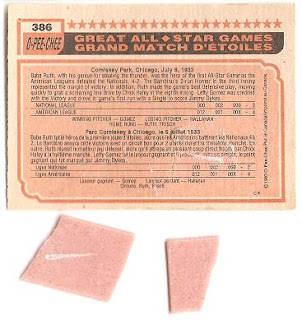 Voila - minimal scarring. The gum remained affixed but less so I think. I left the card in the freezer for a week, mainly because I forgot about it. It was still pretty well stuck - I then hit it with the wave for about 15 seconds. That loosened it a little further.

In the end I stuck a knife under the gum and pried it off. The card looks better than the scan, it isn't mint, but it is acceptable.

Excellent work! Loved the nuking after the freezing!