Ballplayers from My Hometown - Anthony Lerew 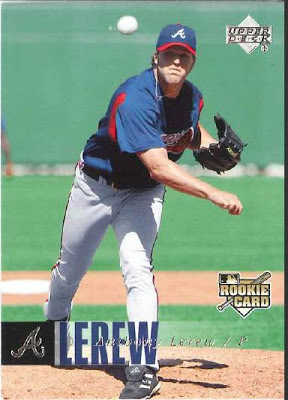 With the 2012 season in the books and I would like to take a look at the handful of baseball players that have roots in my hometown.  I grew up in a small town in south central Pennsylvania.. As far as I know nobody from my high school had ever emerged to the professional level for a team sport prior to my tenure there.

That has changed relatively recently.  In 2012 there were at least four players from my School in baseball's professional ranks.  1 in Korea, 2 in the minors, and 1 at the major league level.  Today I would like to embark on a mini series looking at the 2012 season of NHS grads.

First up is Anthony Lerew, who we have looked at a few times in the past here at Phungo.  Lerew has spent the last several years on the edge of the Majors after a few years as a mid-level prospect in the Braves organization. 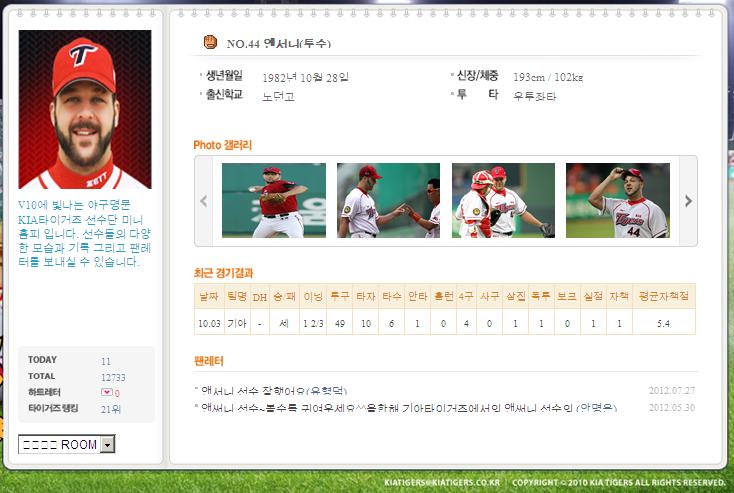 2012 found Lerew pitching in Korea for the Kia Tigers.  I don't know any Korean so there is some guess work involved here, but if I have my columns correct Lerew had an 11-13 season and pitched to an ERA of 3.83.  He logged just over 170 innnings in 32 starts.  The Tigers play in the Korean Baseball Organization, in 2012 they appear to have compiled a 62-65-6 record (I am assuming six ties - looks like all teams schedule 133 games).  This placed them 5th in the 8 team KBO.

Lerew last saw major league action stateside in 2010 as a member of the Kansas City Royals.

His sole MLB victory came as a member of the Royals at the expense of the Chicago White Sox in 2010. Lerew outdueled Mark Buehrle giving up 3 hits and 1 run (HR Carlos Quentin) over 6 innings.
Additional career highlights would include striking out future Hall of Famer Ivan Rodriguez and likely HoF Alex Rodriquez.


One final highlight is a no-hitter which Lerew tossed in the Venezuelan League.
Posted by deal at 8:01 AM