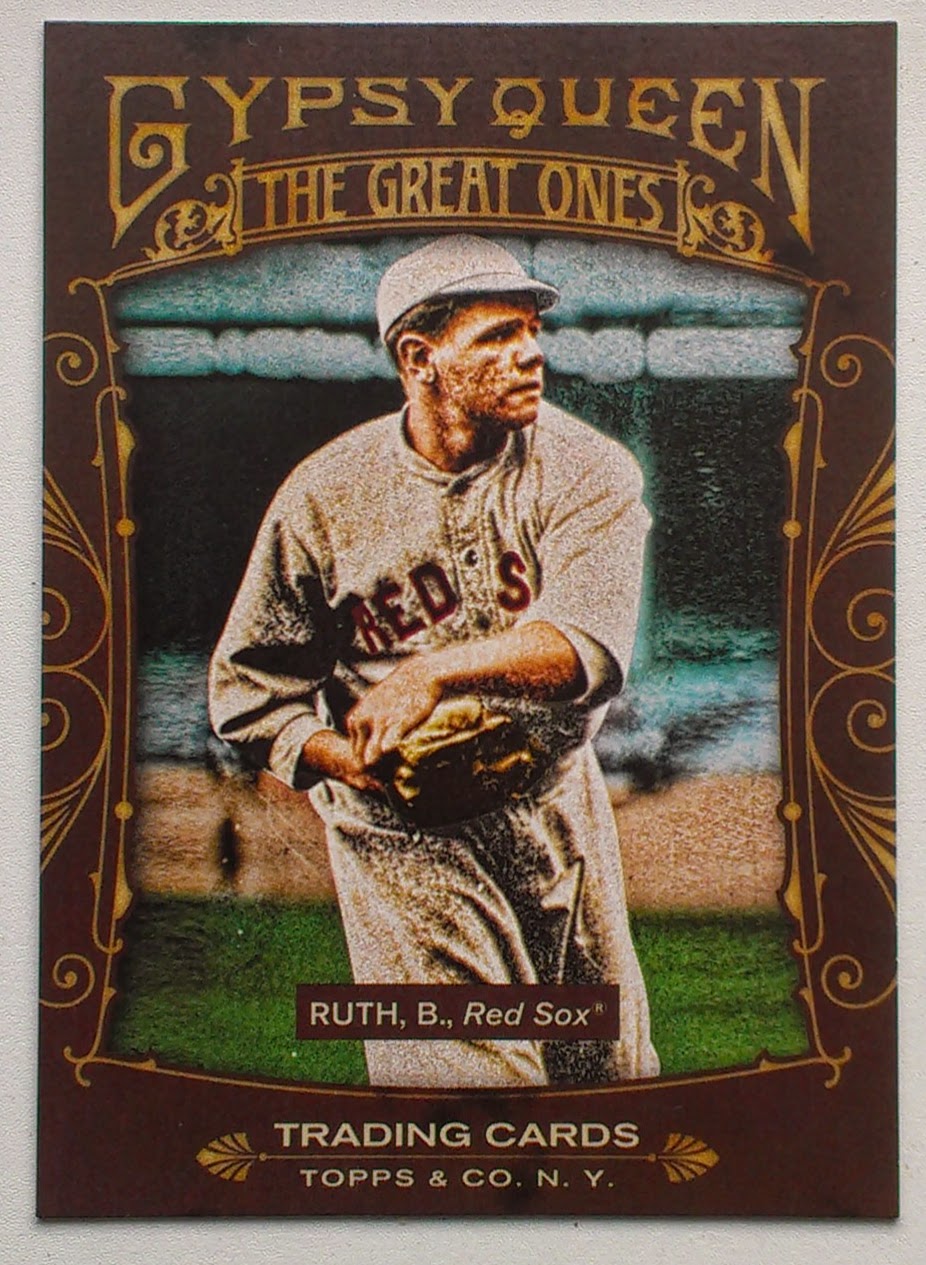 100 Years ago on July 11 1914 Babe Ruth made his Major League Debut earning the W in a 4-3 Red Sox victory over the Cleveland Naps (now Indians). Ruth was of course a Pitcher back then. He went 7 innnings giving up 8 hits and 3 Runs (2 earned). He struck out 1 while walking none. Notable players he faced in that game included Nap Lajoie, Shoeless Joe Jackson and Ray Chapman. Ruth's Teammates included Tris Speaker.

Ruth batted 9th in the game went 0 for 2 including a strike out versus LHP Willie Mitchell. Mithell was a mediocre pitcher for the era (caree ERA+ 103) who was in the middle of a 10 year career in which he poated and 83-92 record - I say mediocre, but among the comps that show up in his later career Sim Scores is Tommy John.

After his 7 innings Ruth was removed for a pinch hitter Duffy Lewis a career .284 hitter who tallied 38 Home Runs - Those 38 Home Runs were pretty solid for the era. Lewis finished in the AL top 10 in Homers four times, but never hit more than 8 in a season.

2011 Gypsy Queen Great Ones
Typically Babe Ruth represents the Yankees. This GQ card gives a nod to the games history showing Ruth with the Red Sox. The card also show the legendary southpaw pitching, which of course was his position with the Sox.

By all accounts Ruth could have been just as successful a pitcher as he was a hitter, as his numbers indicate. Isn't it amazing that we know all the details of that game.

The box score archives being so easily accessible is amazing. There isn't just the having the 100 yr old info - it all had to be entered into a database somewhere as well. mind-boggling.