Been a strange week in what has been a forgettable season for the Philadelphia Phillies. Team Phungo ended up going to the bookends of Phils 3 game series with Diamondbacks. Fortunately these were the two games the Phillies won 9-5 on Friday Night and 4-2 on Sunday.

Turned out Ryan Howard's name came up an awful lot this weekend.

Friday night Howard was out of the lineup for the 3rd consecutive game.  Yet he had the honor of being the subject of the cover photo for our ticket. Each night a Phillies player is also the representative for their Charitable Ticket Program.  On Friday in a continuation of the unfortunate confluence of events Howard's Sluggers were the beneficiaries of the ticket program - on a night when the actual Slugger never played. 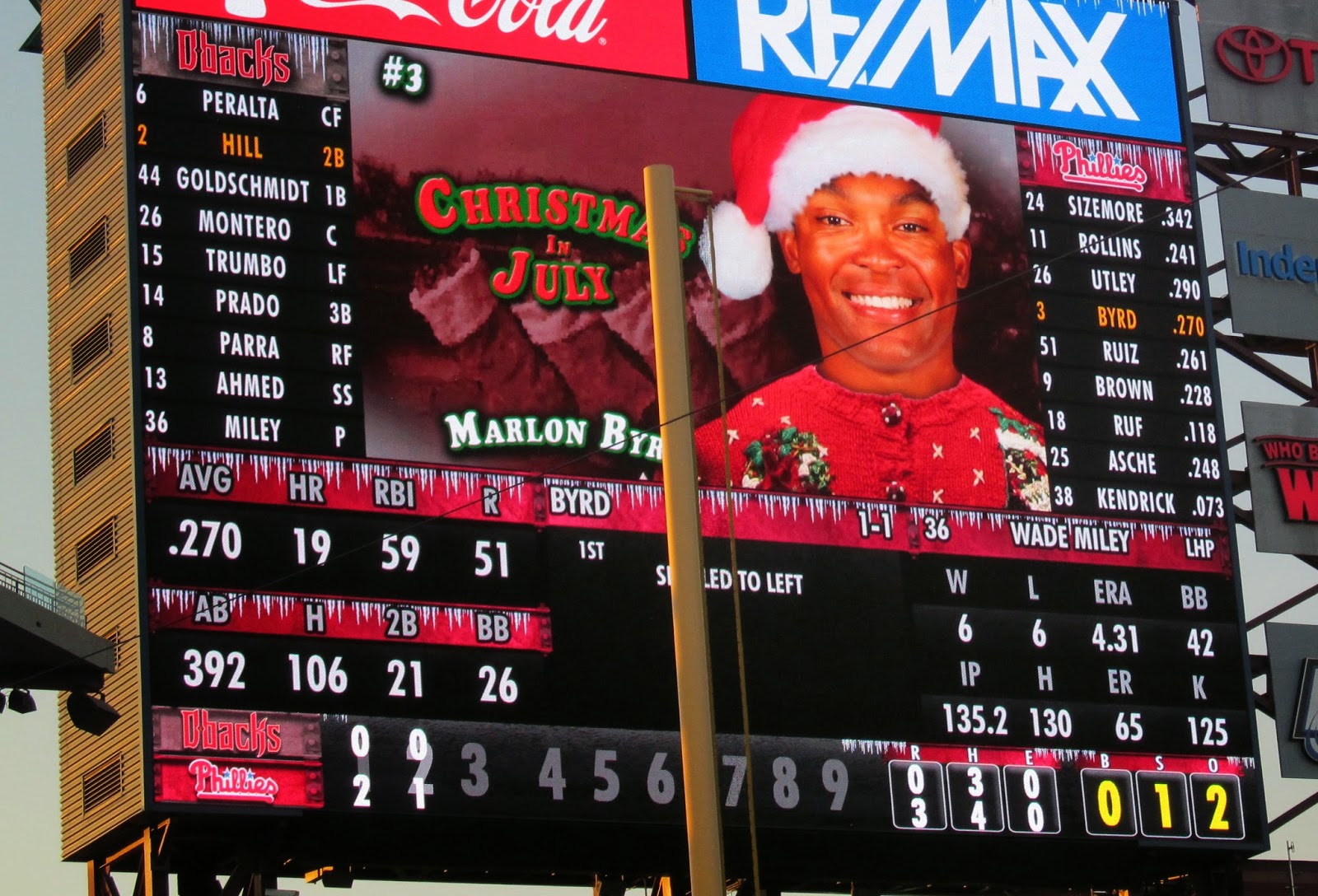 It was 25th of July and the Phillies celebrated Christmas July. As part of the festivities the player pix were outfitted with holiday attire. Marlon Byrd got a Santa Cap and an ugly sweater. 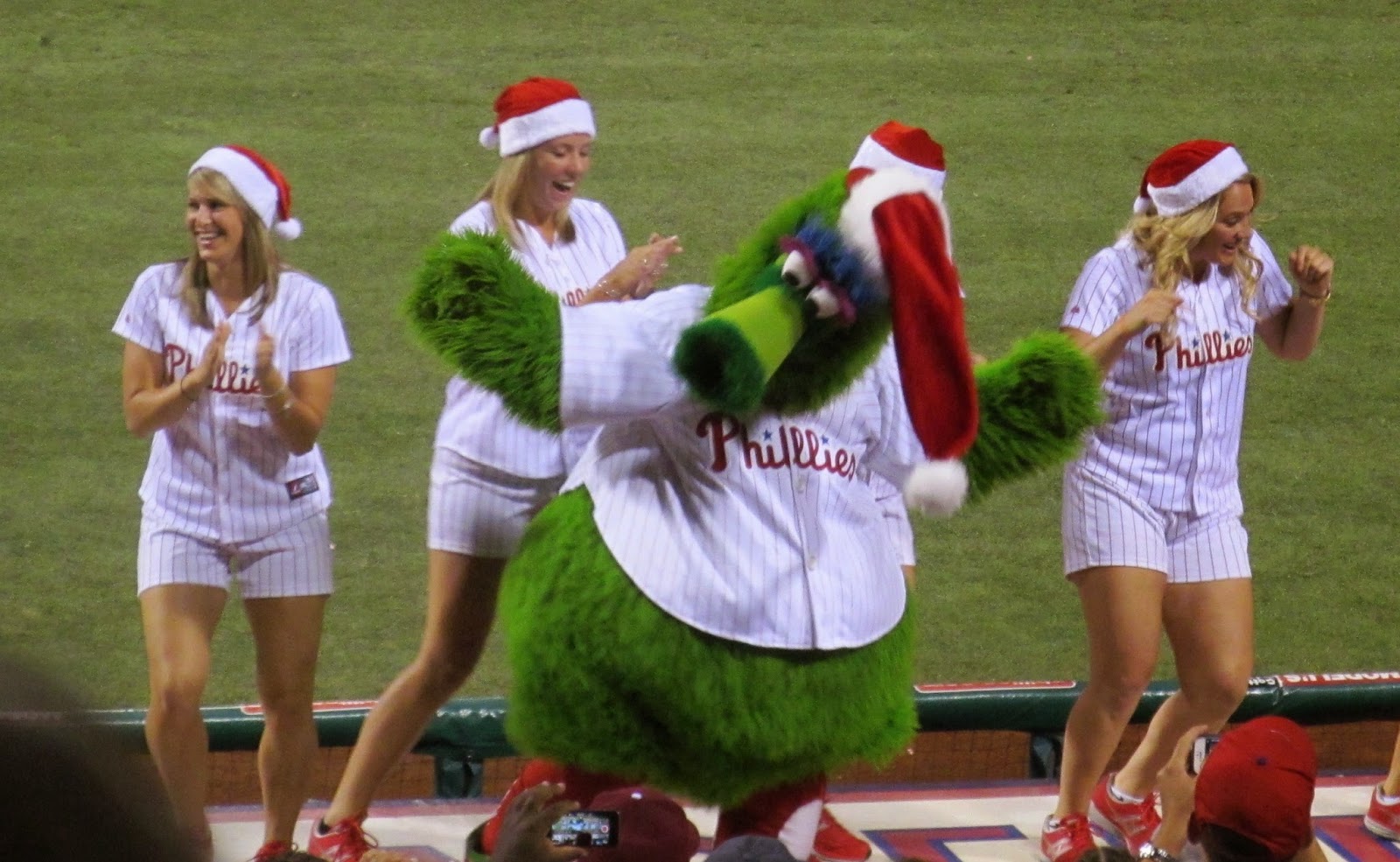 The Phanatic got into the Holiday Spirit as well, here he celebrates with a couple of Phillies ballgirls. 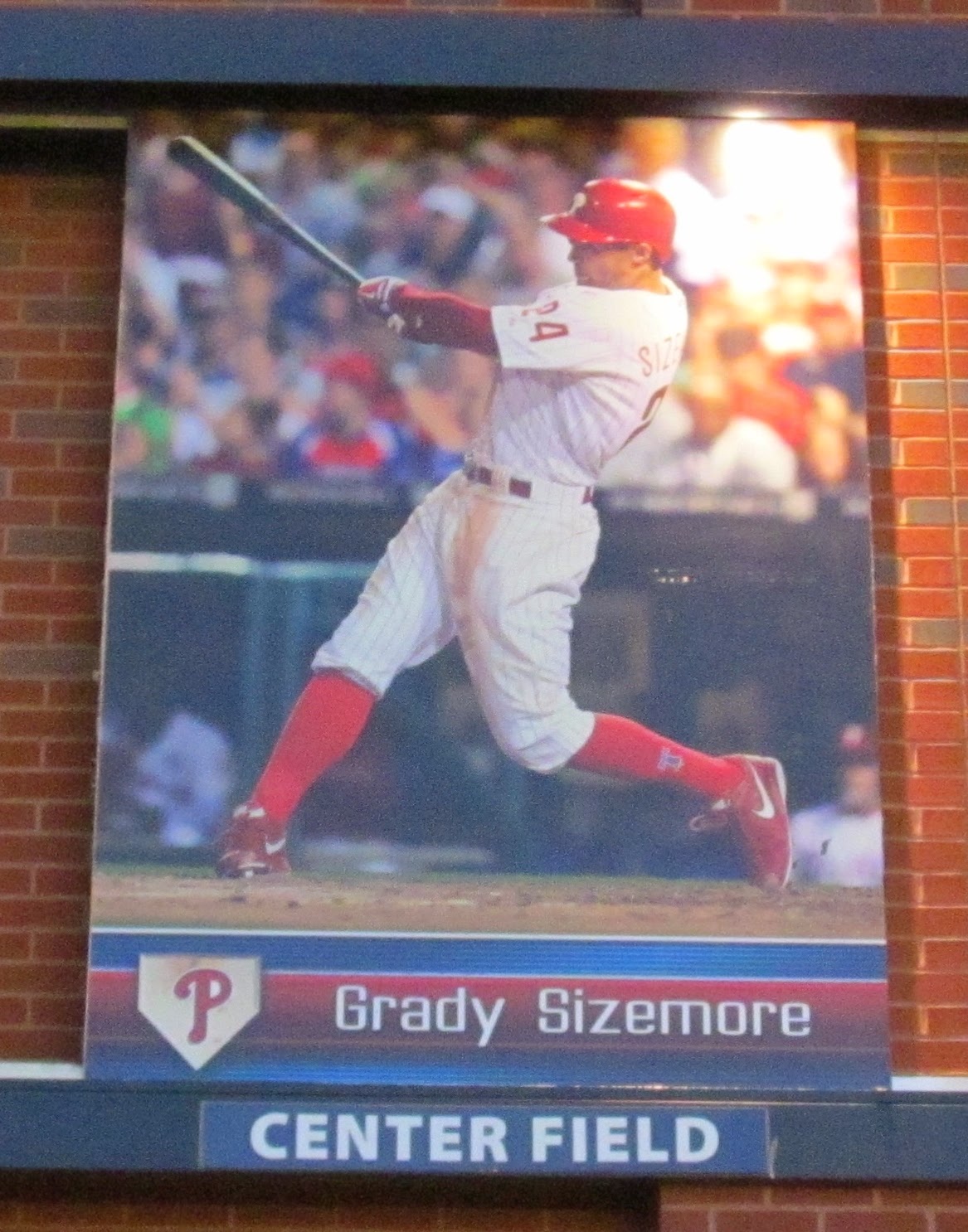 I was disappointed the Phillies have gotten away from the Topps sponsored game day lineup cards. They have opted to use their own design shown here. I believe this is this is the same design that is used on their postcard player sets. Grady Sizemore has only been with the club since the beginning of the month, so this is sort of like his first card as a Phil. 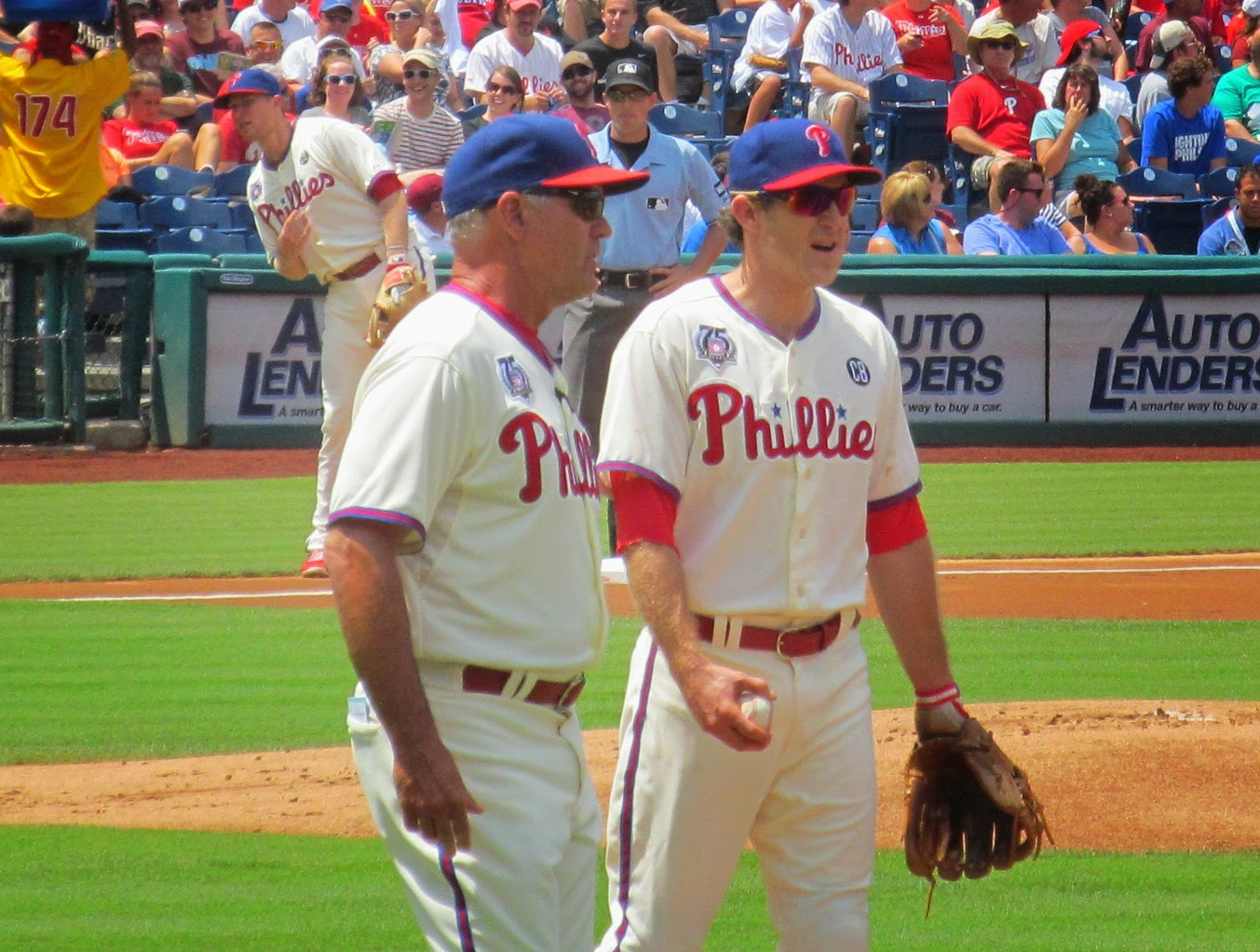 Sunday was Hall of Fame day, to mark the occasion all MLB players wore a special 75th anniversary of the HoF patch. Here we have HOF second baseman Ryne Sandberg with Chase Utley who may someday find his way into the Hall. 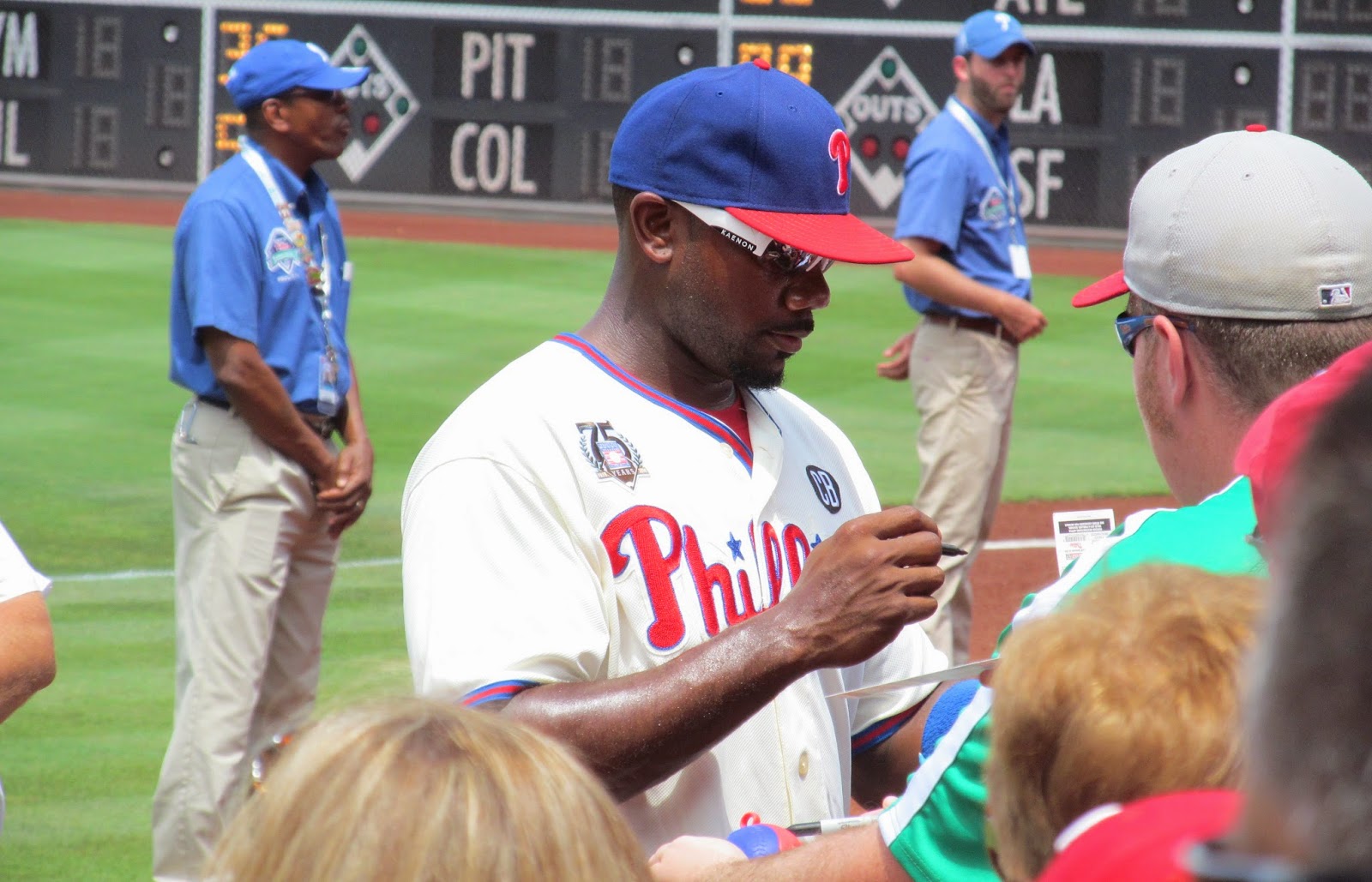 As mentioned above Ryan Howard had a crazy week. He was in the lineup on Sunday but still found time to sign autographs almost right up to the anthem.  About 15 minutes later Howard blasted a line drive Home Run into the left-centerfield bleachers.

In addition to Howard, Darin Ruf and Chase Utley also get GGAs for taking some time to greet the fans and pen some signatures. 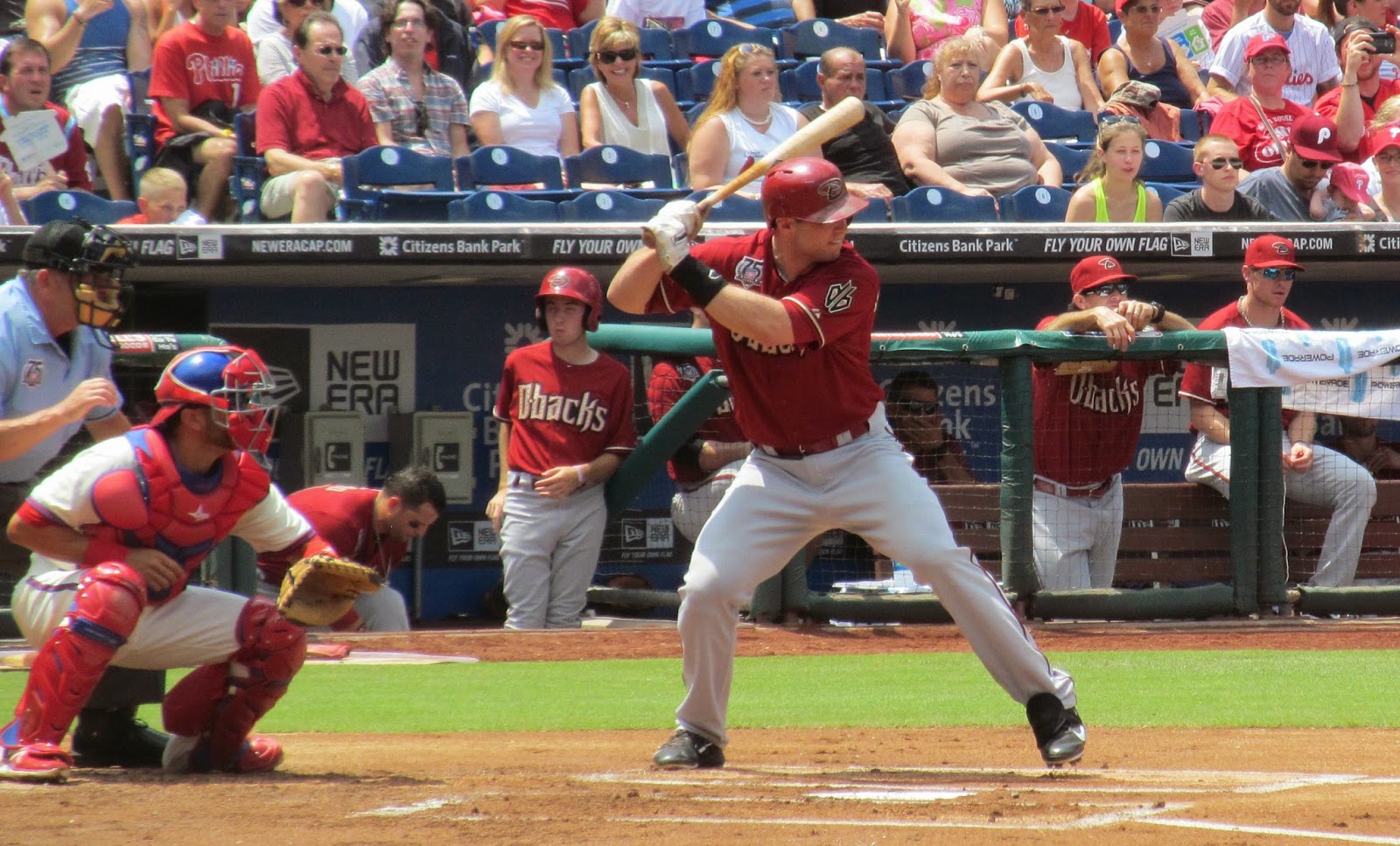 One of the reasons the Phillies won the series was they were able to keep D-Backs slugger Paul Goldschmidt in check.  Goldschmidt was 2-11 on the weekend. 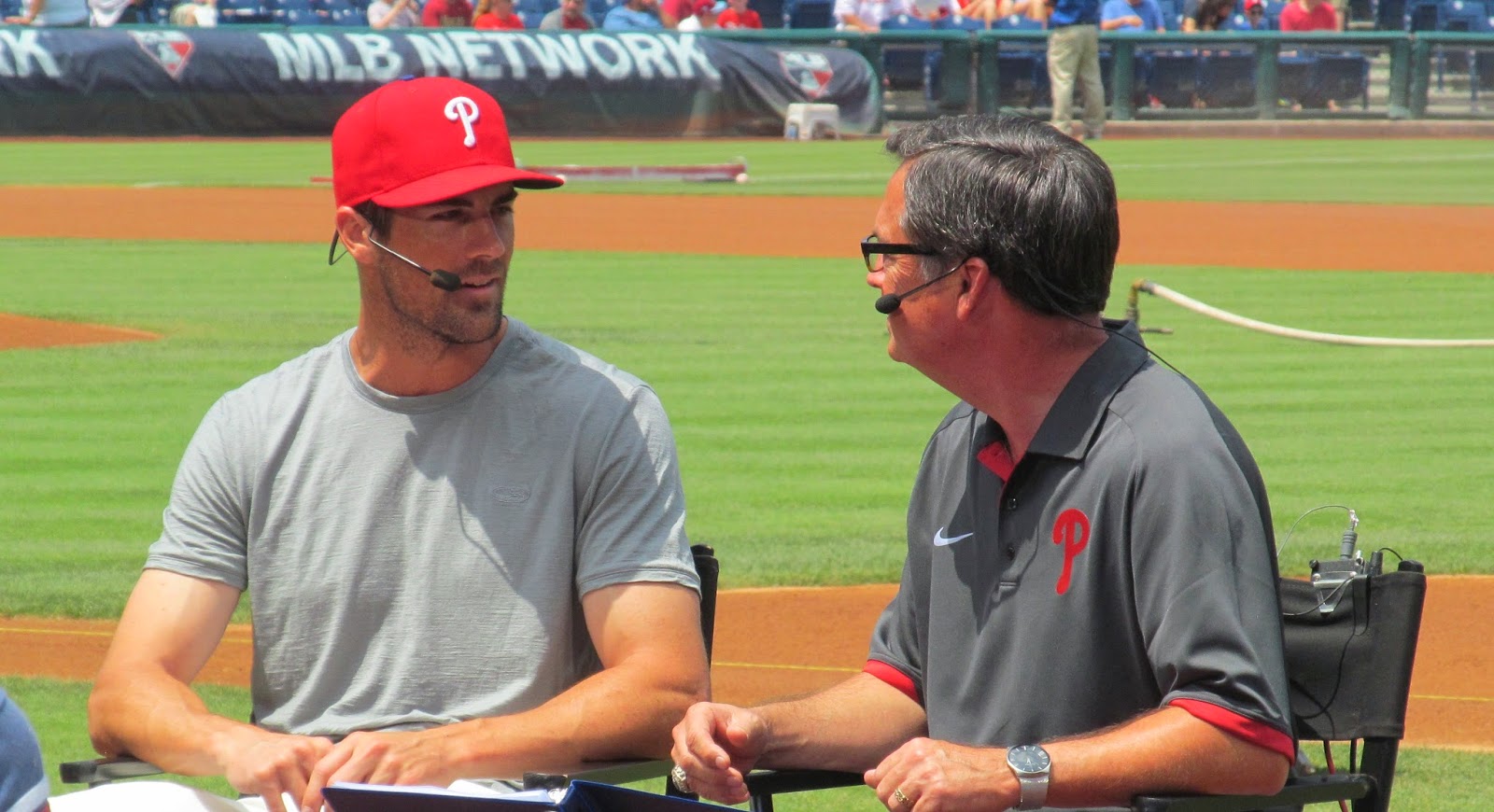 Sunday was also Cole Hamels T-Shirsey day. Here he is being interviewed by Scott Palmer. 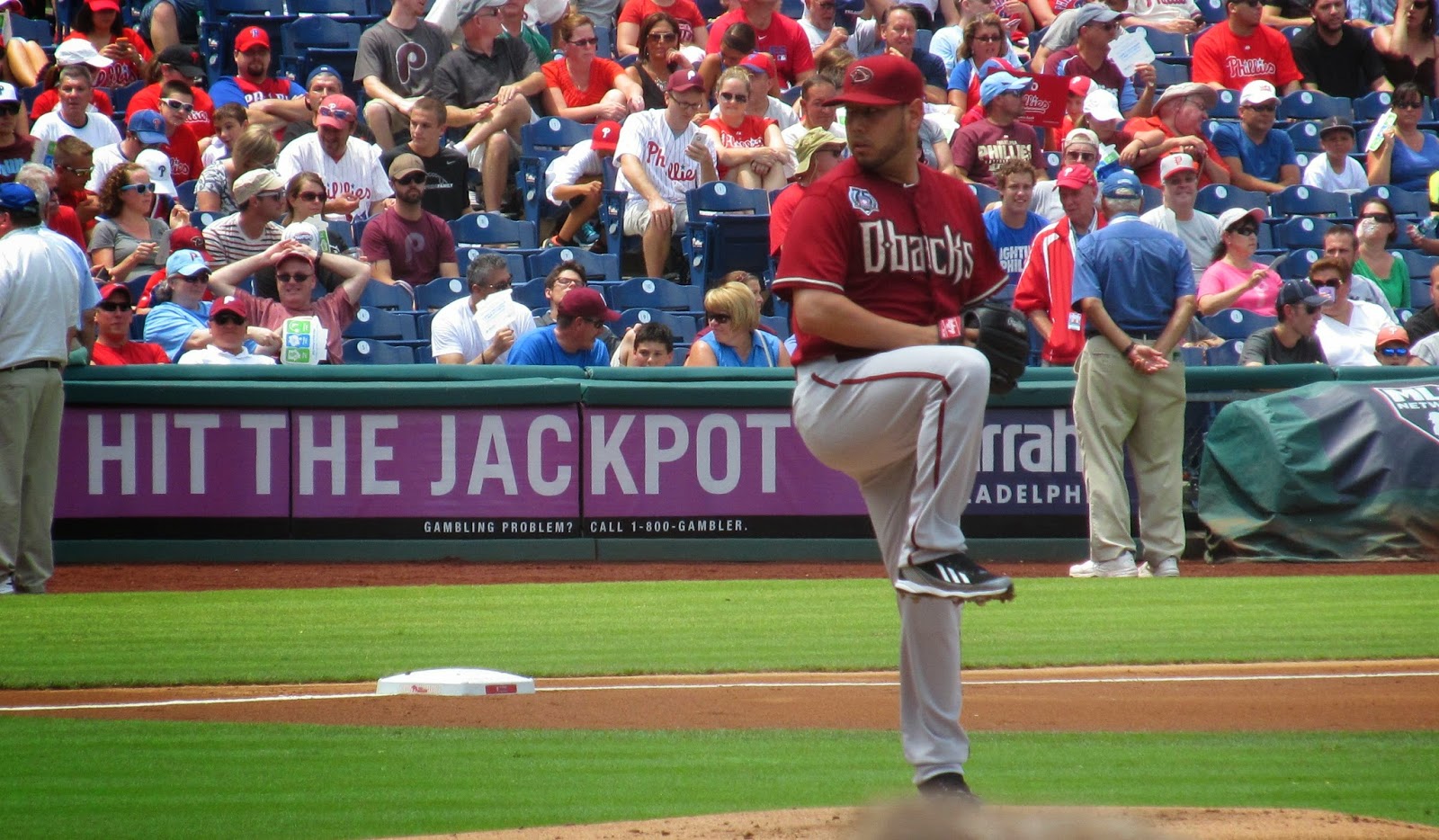 Vidal Nuno got the start for Arizona. The rookie was acquired by the D-Backs earlier this month in the trade that sent Brandon McCarthy to the Yankees. 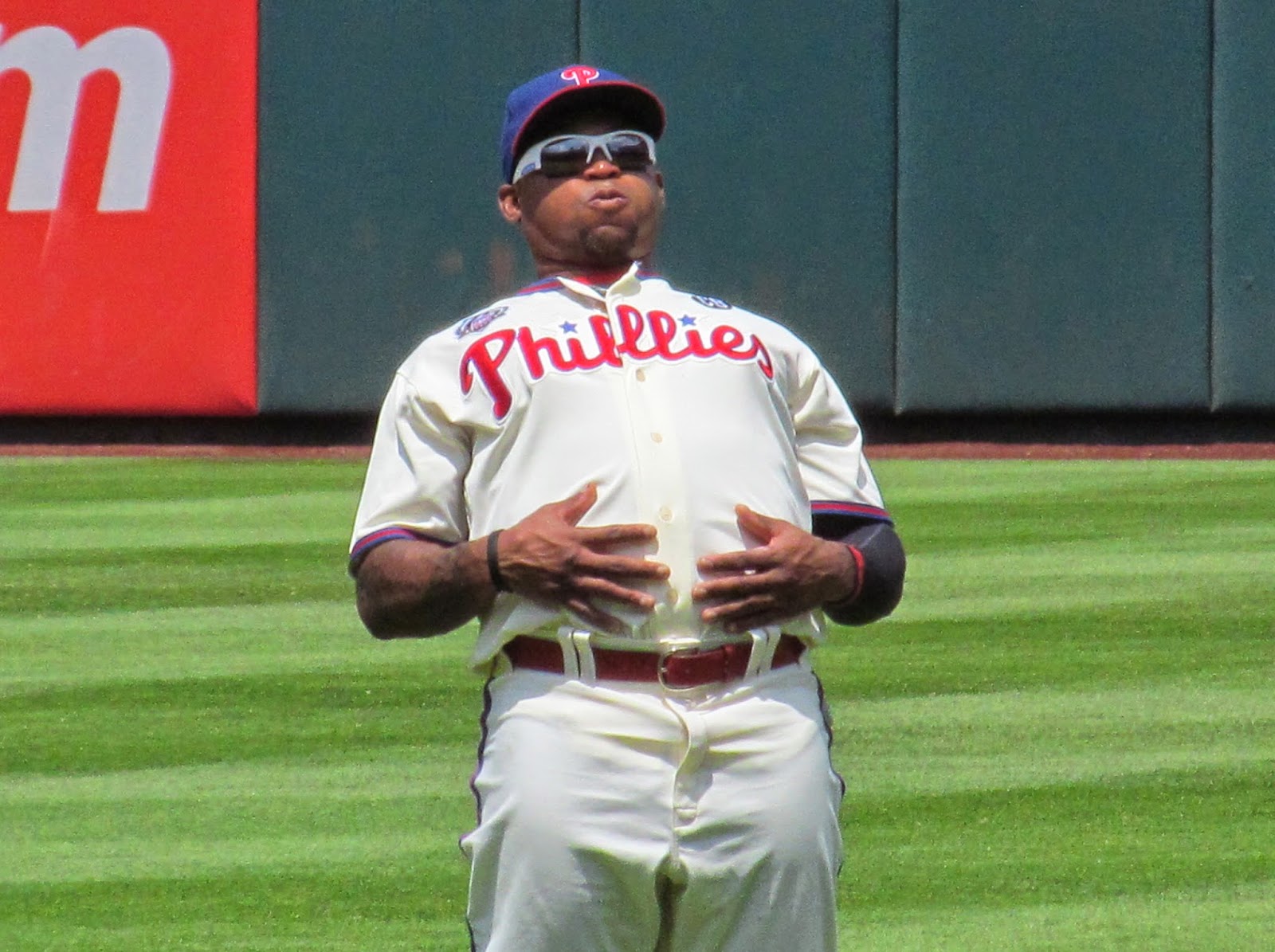 Marlon Byrd has been the subject of trade rumors in recent weeks. Here it appears that he made sure to get one last good meal off of the Phillies buffet.

Sources
Baseball-ref.com
Philles Behind the Pinstripes