Getting the Holiday weekend off to a start by posting a card of one of the newest faces in the Phillies Organization. 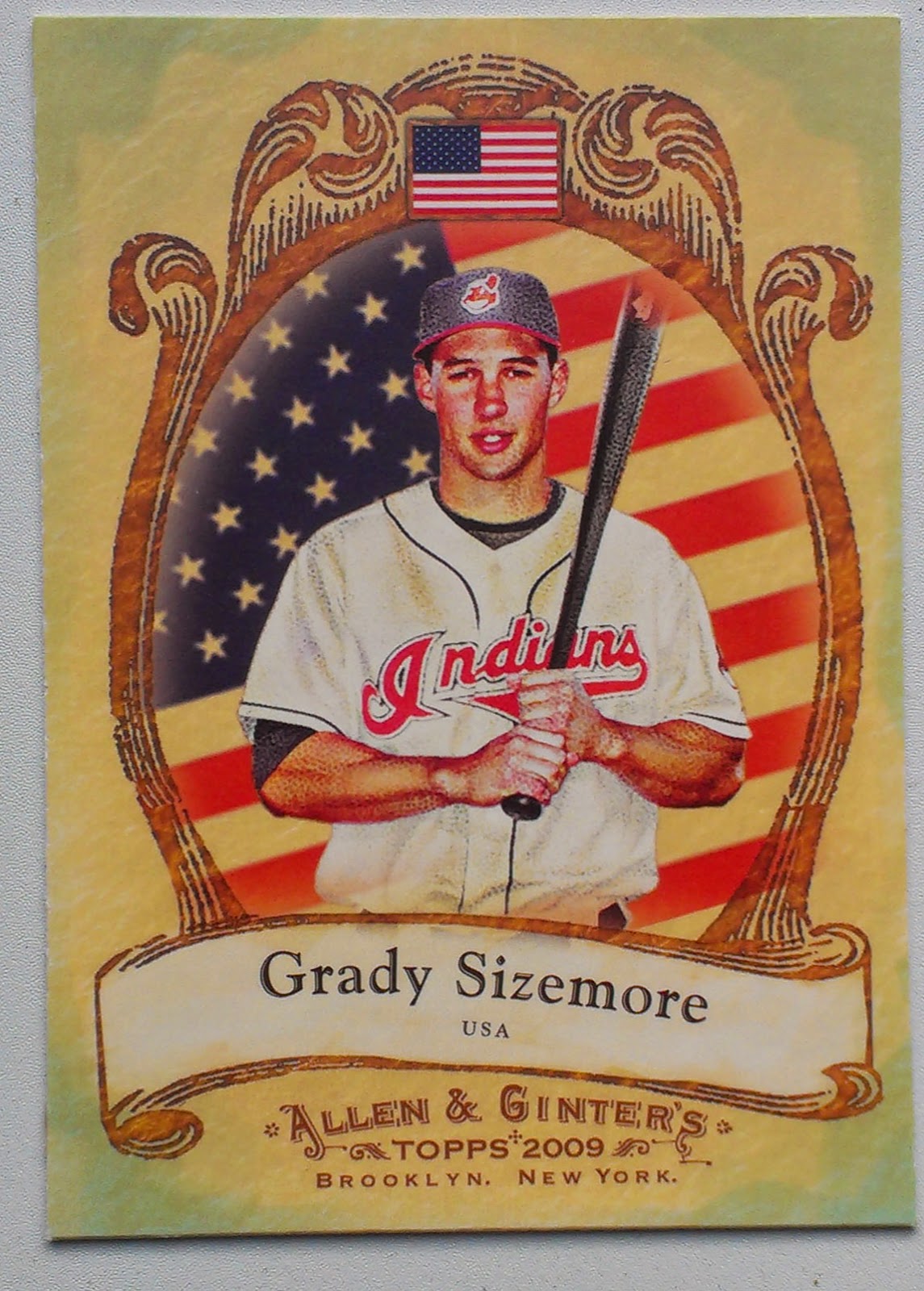 Last week the Phillies signed Grady Sizemore off the scrap heep and he is currently playing the outfield for the teams AAA affiliate Lehigh Valley.

Sizemore has had a decent week, picking up a couple of hits including a Home Run. The move obviously doesn't make the Phillies a contender, but it does allow the Phillies flexibility to do a couple of things. 1) Trade Marlon Byrd or Dom Brown to a contendor 2) Send Ben Revere back to AAA for some seasoning.


At this point I don't know that Ben Revere can learn much at the AAA level, A player with no pop and mediocre defensive ability just doesn't have a spot in the Major Leagues. His lack of any skill outside of hitting singles really makes it hard to find a spot for him as a ballplayer.

2009 A&G National Pride
National Pride was a commong 2009 insert of Allen & Ginter. It is a bit hard to believe that the set is now 5 years old, The checker for the subset consists of 75 cards. The Phillies featured in the set include Ryan Howard, Raul Ibanez, Chase Utley and Carlos Ruiz. The checker for this set has some interesting names on it, and it would be fun to do a where/now on the list 5 years removed from the originals.