ESPN is in Baltimore tonight to feature the AL East leading Orioles as they host the New York Yankees.  To honor this match up of division rivals we present a card from teh 1977 Topps Big League Brothers Subset. 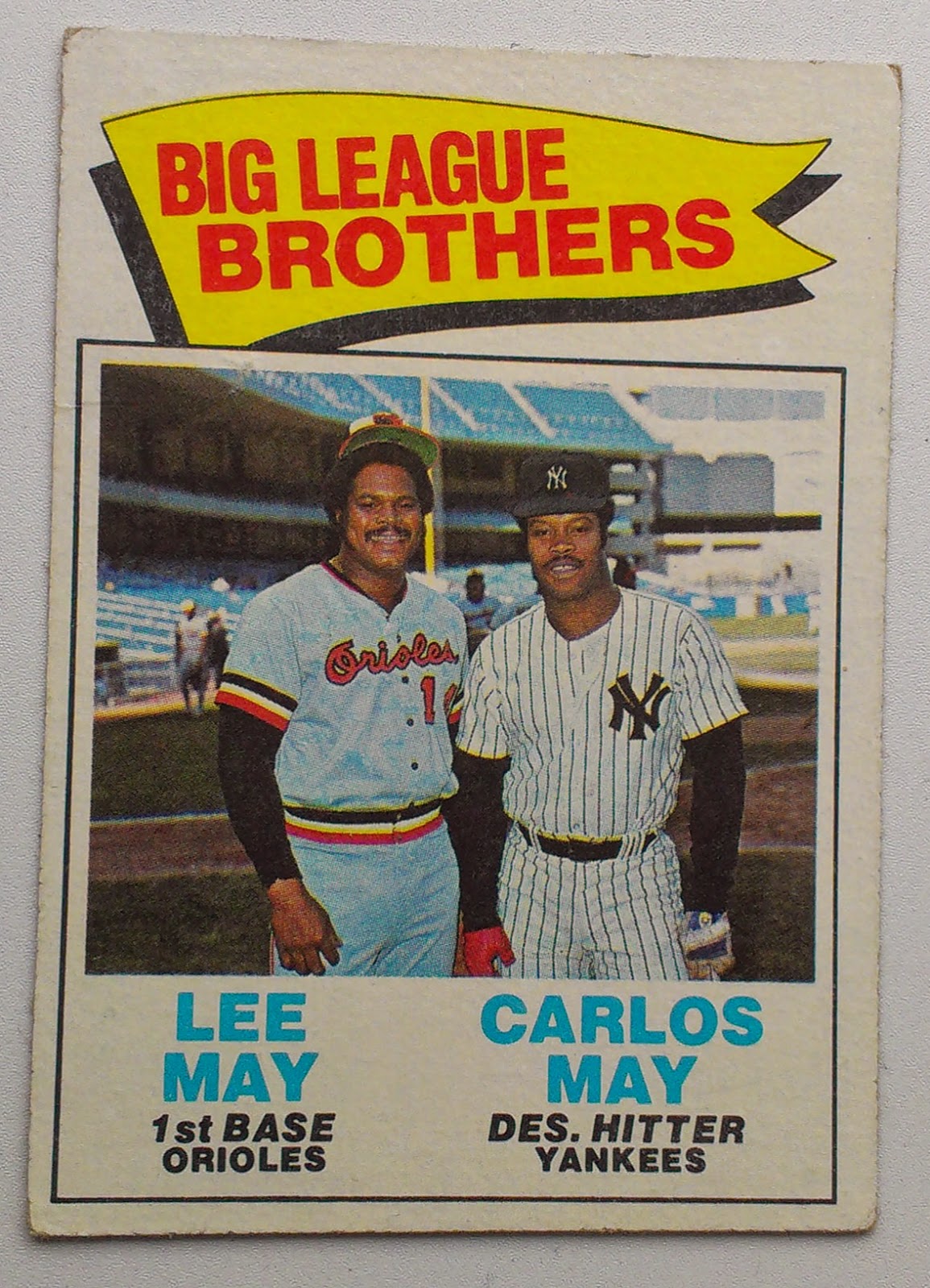 Lee May and Carlos May combined to play 28 years of Major League Baseball. The elder brother, Lee, spent most of his career with two clubs the Reds and the Orioles. Carlos is pictured here with the Yankees but spent 9 of his 10 seasons with the White Sox.

Carlos May had the less stellar career of the two brothers, but things could of ended up differently. On August 11 1969 Carlos was on Marine Reserve duty in California when a Mortar accident occurred. An interesting and scary interview can be read here. The accident cost May part of his thumb. Carlos was able to recover and return to baseball. As noted he had a significant career but only topped his rookie HR output of 18 once over his decade long career.

One would expect a major thumb injury to hinder a hitters performance. In the interview cited above Carlos mentions that it may have actually helped him. The Wilson Sporting Goods Co made him a custom batting glove that May acknowledged helped a lot, but he also believes that the injury forced him to change his approach. Carlos approach at the plate went from being a pull hitter to more of an fields spray hitter.

As of 2011 Lee was working in the Cincinnati Reds PR department. He is a member of both the Reds and Orioles Hall of Fame.

Carlos May is currently the first base coach for the Schaumburg Boomers, A Chicago area minor league team in the unaffiliated Frontier League.

1977 Big League Brothers
The 1997 Topps BLB subset consists of four cards. In addition to the May Brothers there are also the Forsch's, Reushel's, and the Brett's.