Here are couple of photos from a Phils 8-1 victory over the Arizona Diamondbacks in late August. Like last night Lee was also spectacular that night.

In both games he went the distance and he only allowed one unearned run. Of course back in August the game was against the struggling D-Backs, and not the AL Champion New York Yankees. Oh and since it was an NL only game that night Lee was able to toss in a couple of hits too. 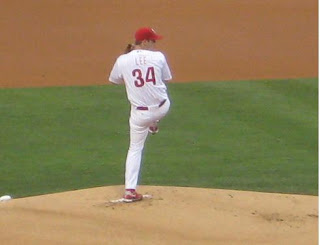 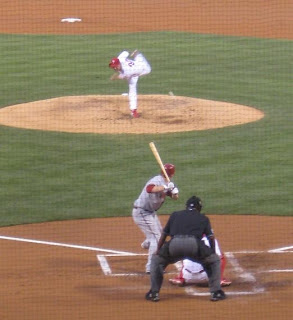 Click any of the Photos to enlarge. Hopefully I will have a good reason to post some pictures of another new Phillies Pitcher tomorrow.