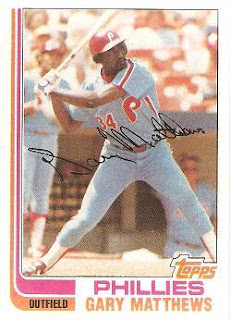 This year the Dodgers and Phillies will meet for their 5th NLCS matchup. According to my hasty research this ties them with.....the Pirates and Reds as the most common NLCS opponents - go figure.

This is basically the rubber match of the 5 series' -- each of the teams have won 2 of the previous match-ups. Lets take a look back at the last 4 meetings between the Phils and Dodgers: 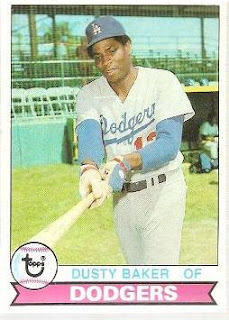 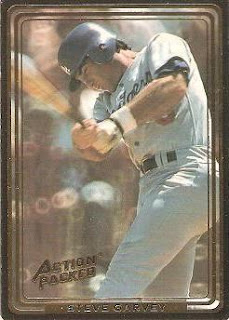 1978: The Phils lose the rematch 3-1. Steve Garvey hits 4 homers in the series and is named NLCS MVP. Dusty Baker has another good series batting .467 with a .556 OBP. The Dodgers pitchers hold Mike Schmidt to 3 of 15 at the plate with 1 RBI. For the second year in a row Bill Russell knocks in the go ahead run in the clinching game. Intresting Notes - Steve Carlton had a homer in the series and Steve Yeager who only had 14 career stolen bases, got one during the 1978 NLCS.

1983: We skip ahead a few years and the Phils turn the tables and win the series 3-1. Some of the players are the same as the Phils and Dodgers previous meetings, but there are some important new additions. The Dodgers feature there young Phenom Fernando Valenzuela while the Phils have added veteran Slugger Gary Matthews (featured top of the page and currently a Phils Broadcaster).

MVP honors go to Matthews who bats .429, clobbers 3 Homers with 8 RBI. The 8 RBIs are enough to almost take care of the Dodgers singlehandedly as LA only scores 8 runs for the series. The Phils pitchers are led by Steve Carlton (2-0, 1 ER in 13.1 ip) as the staff holds the Dodgers to a .209 BA.
In the 24 series Since 1983 (no NLCS in 1994) only 2 other NLCS have gone less than 5 games. In 84 the Padres and Cubs went the distance (5 games). The following year the series went to the present 7 game format, and there have only been 2 sweeps during the 7 gm NLCS era (1995 Braves over Reds, 2007 Rockies over D-Backs)
2008: I am sure that Last Year's series is still fresh in most folks memories. The Phils won the set 4-1 as Cole Hamels led them to victory in the first and last games. The performance earned the southpaw MVP honors. Shane Victorino and Pholk Hero Matt Stairs blasted game and series changing homers in the 8th inning of game four.

2008 is also the first time that the victor of the Dodgers Phils series has gone on to win the World Series. The 77 and 78 Dodgers lost to the Reggie Jackson era Yankees. The 83 Phillies Wheeze Kids squad lost to the Baltimore Orioles who featured a young Cal Ripken with only 345 major league games under his belt.

Tomorrow Night the 2009 version of the rivalry will begin to unfold. Go Phightins!!
Posted by deal at 7:51 PM

(I read an AP story today that said the Phillies beat the Dodgers in the 1980 NLCS. Funny, I thought the team the Phillies played in that series wore bright orange caps and odd rainbowed jerseys).

Sooz - good luck to you - I hope to be doing a 1950 retrospective in a couple weeks.

Night Owl - The person that wrote the story was probably not even born yet when the 1980 NLCS occurred - so he figured it is all the same.

Jim - Hopefully we will have something fun to write about during the next week.

Good luck to your phighting phils! I think it'll be a fun series to watch. This will be the best baseball I've watched all year - of course watching all the Mets games hasn't exactly raised the bar to high.