Extremely busy with work, catching up on trades, and enjoying the first weekend of the Madness.
During the latest edition of the Philly Show, I pretty much focused on vintage. Including admission I threw down $81 - I will hit the highlights over the next week or so.
First off is the Phils 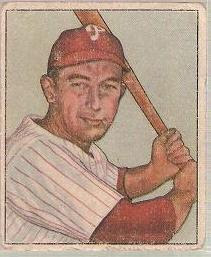 Anytime you get a bargain Eddie Waitkus card you pick it up. I will dedicate an entire post to Mr Waitkus at some point - but for now I will just mention that this card went for $3 and I was happy to have picked it up. 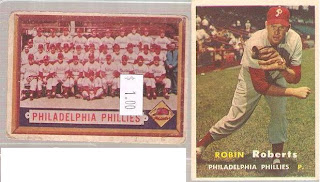 It must be Robin Roberts week here at Phungo, this is the 2nd consecutive post to feature a Roberts Card. The Team Card went for a dollar. Roberts was $5, a little bent up, but looks good otherwise. I doubt I a anywhere near finishing the Robin Roberts Phils Topps Run, but this card makes me one closer.

60s High Numbers and Other Stars 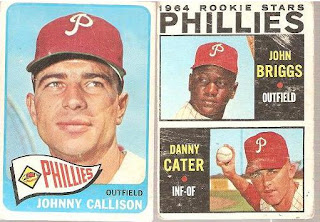 I also picked up a bunch of 60s era Phillies High Numbers and Star Cards. Both of these came out of the three for a buck bin.

Other than the Phils, I picked up about a dozen cards for my Topps '59 set and a bunch of Vintage HOF cards. In the three for a buck bin I found about 25 Star cards and High Numbers from 1957-1974. For between $1-$8 each I added a handful of 1952-1962 cards of commons, stars and Hall of Famers.
I will try and feature some of the other cards in the coming weeks.