Today I am featuring HOF cards that I picked up. 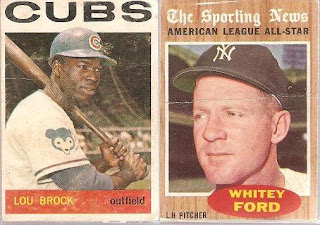 Cool to find a Lou Brock card from before he was traded to the Cardinals. I think each of these rough cards went for a buck a piece but don't remember now. The early vintage All-Star cards 1958-1962 are all usually pretty reasonable except for 1961. 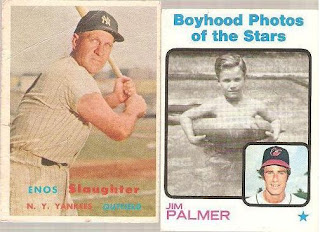 The back of the Slaughter card was well "slaughtered" but it was in the 3 for $1 bin and I couldn't turn it down. The Palmer is from the first iteration of the Boyhood Photos in 1973. This card was also in the 3fer bin. 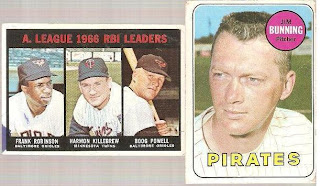 I am not a big League Leaders card fan, but this one was to big to pass up. Both of these were in the $1 bin. 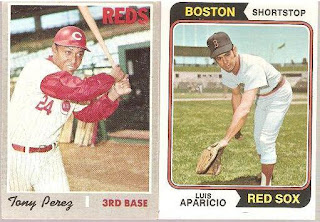 Two more HOFs I think from the 3fer bin but can't remember. Aparicio was known for playing the White Sox but finished his career playing for the Red Sox. I believe this is his final Topps Card from his playing days.
Posted by deal at 8:01 PM