Are you Ready for Some Football??

I had already picked up more then enough 2010 Topps football, so I found a cheap pack of 08 UD Football to bust for the Opening game between the Saints and Vikings. Hopefully the outcome will be a little different this time around. 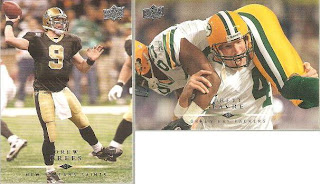 Got both QBs from tonight's game although Annoying Brett Favre is in the wrong uni. 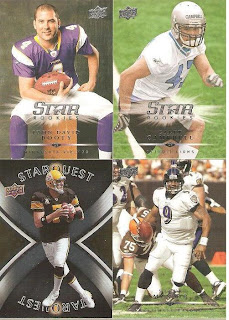 Booty was my only Viking. I didn't get any Eagles. Did get the McNair card which brings a pang of sadness to me. Caleb Campbell is still with the Lions and made their practice squad. Ben R is of course suspended.