I had composed this post over the weekend for publication tonight.  I could not foresee the terrorist attacks at Domodedevo Airport in Moscow earlier today.  I don't know much about what happened, but my fiancee has several colleagues and knows students that pass through the arrival terminal frequently (we were both in that terminal within the last year).  Thankfully, As far as we know none of our friends were flying to or from Moscow today.

For the record there was some ethnic violence while we were in Moscow, but in general I never felt as if I was in danger.  In general other then the language barrier I felt as safe and comfortable in Moscow as I would in any major city.

If you have been been reading Phungo for a while you may know that my fiancee works and studies Russian.  Her career path took her to Moscow for almost half of last year.  I was fortunate enough to spend a few months of that time on the road with her.

In two months abroad you get to see a lot of things and I cannot really sum up our adventure in a single blog posting but I will try and cover a few highlights here.

Of course Traveling gives Team Phungo the opportunity to take lots of Photos for Phungo Cards. 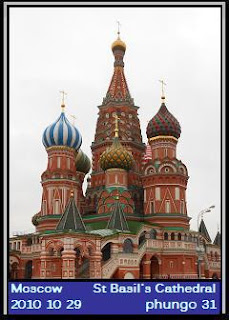 One of Russia's most iconic structures is St Basil's Cathedral.  The Cathedral is one of the significant tourist attractions that make up part of Moscow's Red Square.  The landmark is easily identified by the onion domes of Russian architecture.  The blue and white onion on the left is the one that is most quickly recognized when viewing photos of St Basil's. 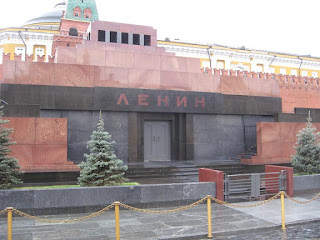 This is the outside of Lenin's Tomb.  We did not visit the tomb on one of the few days that it is open.  Quick Russian Language - first the backwards N is not an N at all it is actually an I the two 'H's are 'N's and the upside down V is a Russian L.  There you have it LENIN. 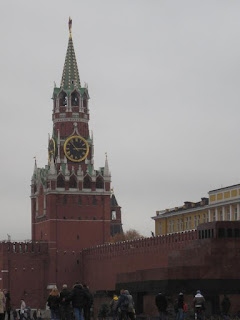 This is the most famous of the Kremlins many lookouts and towers.  The Kremlin, Lenin's Tomb and St Basil's are all part of Red Square.

Team Phugo of course had to take in some sports while in Moscow. We got to catch a Hockey Game between CSKA and the Moscow Dynamo.  The Dynamo won the game 3-2. 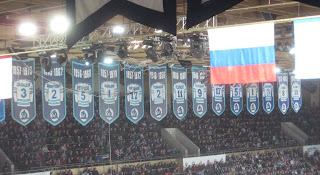 I don't really know much hockey and didn't recognize any of the names in the Dynamo Honored Numbers list.  There certainly were a lot of them.  For more on the game check my original game report from last month. 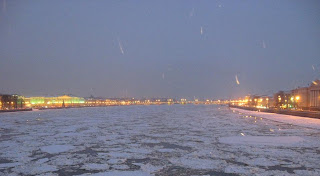 We spent Thanksgiving week in St Petersburg, the northernmost city of over 100,000 people on the planet.  This is ht Neva river at night - here you can see it partially frozen over. 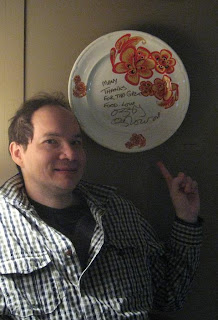 I question the veracity of this autograph - but if it is real we at our Thanksgiving dinner in a wine bar where Osbourne once dined.

There were several other highlights, iconic places we visited were Red Square, the Bolshoi Theater, Gorky Park, and the Hermitage.  There were many other lesser known museums and parks and we also got to dine in a variety of restaurants featuring cuisine from across the globe.  Moscow is huge city and there are more things to check out then anyone can see in a few months or even a year.

It wasn't always fun or easy.  Living in a foreign country speaking a different language can be complicated and sometimes scary.   But if you have the means and the right temperament, I think it is a very worthwhile experience.
Posted by deal at 8:11 PM