This one didn't go as well as the O's opener on Friday.  Weather wasn't as good, no long wkend to look forward to afterward, and the Phils lost.  The Phillies Offensive sputtered once again on Monday as they only managed 2 runs which occurred late in the game as the Phils fell 6-2 to the rebranded Miami Marlins.

The Marlins pretty much owned the day so we open with one of their new players. 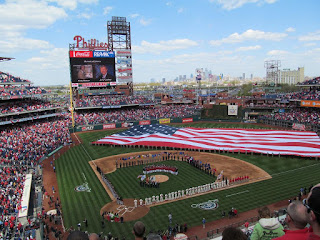 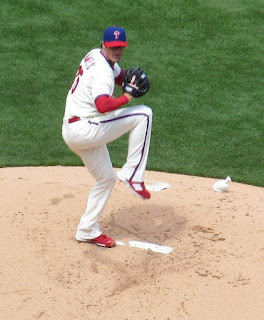 Wasn't Cole's day, nor the Phils.  But it was still a good day.  Bad day at the ballpark is better than most any day in the office.  Go Phils!
Posted by deal at 8:11 PM