Your results may vary but a recent Bargain Blaster was definitely a Winner for team Phungo.

So yes if you get the chance to pick up a Bargain Blaster of 2011 A&G Bucket List it: 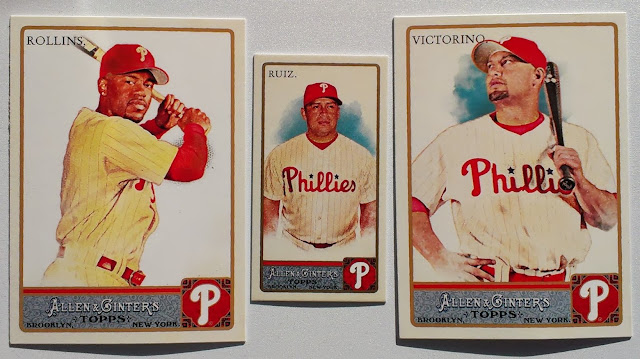 3 Phillies cards one of which is a Chooch Mini.  The Box is a #Winner right there. 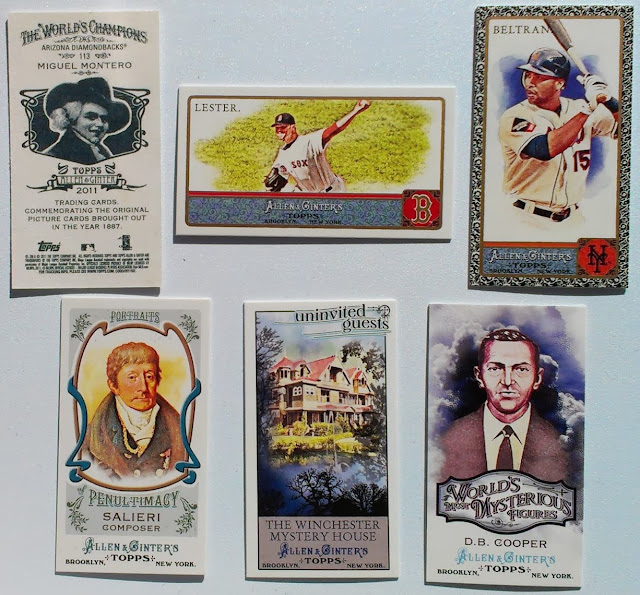 I think 2011 is the last year for 1/pack minis in AnG. Starting last year I think the popular minis dropped to 1:2 packs with several insert sets moving to the conventional card size.

Nice set of non-baseball minis in ths box. I think I was actually at the Winchester Mystery House when I was a younger. It is kind of creepy cool if your a kid. That was during my first visit to California, and is likely the first time I had Tacos. Salieri is the Character played by F Murray Abraham in Amadeus - 2014 will mark the 30th anniversary of the films release. Abraham is still active at age 73. 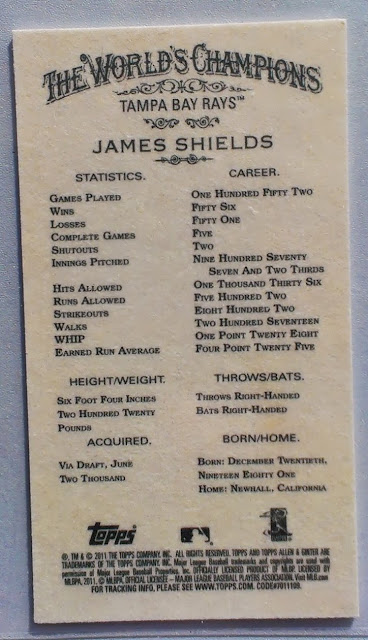 This card is listed as #222 for the base version.  Not sure if this is a box hit or not. According to Baseball-CardPedia there are No Numbered Minis seeded 1:190 packs, but those are supposed to be serialed to /50. This card of course as no serial so I am confused.  Any Help Gintermaniacs? 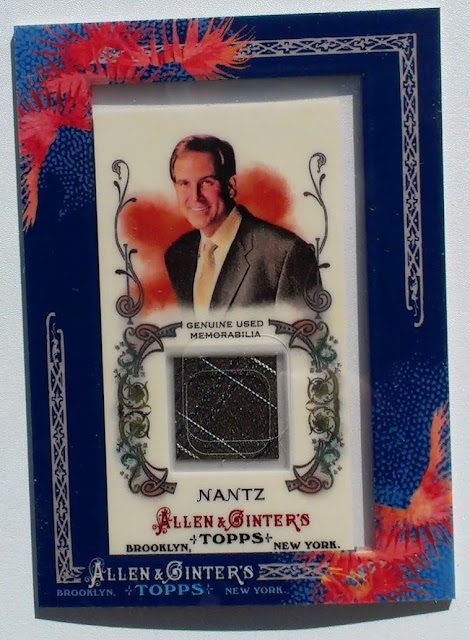 Kind of cool picking up this relic card coinciding with the US Open coming to Merion in nearby Ardmore PA. Also Nantz put together a Father's day related book and that sort of fits the present calendar. 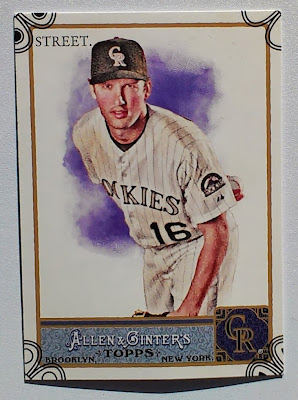 Special Crack/Code card with funkcy corners that make it look like somebody wrote on them. 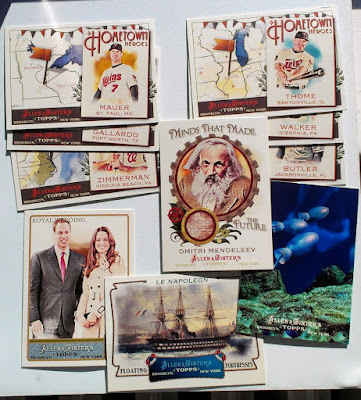 I think 2011 might be the first year that AnG had the full size inserts including the Floating Fortress (Le Napoleon) , Minds that Made (Dmitri Mendeleev - Periodic Table), and Ascent of Man.

#Winner
As I noted above 3 Phils including a mini out of a blaster makes the box a W for Team Phungo.

Unlike most other folks, I am not a huge fan of AnG. I find the design theme bland, but do enjoy seeing it each year. That being said, I find 2011 Ginter a bit busy designwise.

Another oddity is I find that Ginter is insert heavy, which I do find fun, but for whatever reason that doesn't seem to annoy collectors as much as it does for other Topps releases.

I still have yet to see my first discounted blaster of Allen & Ginter.

It was the only one at my Target. The other bargain blasters were PressPass NASCAR, HIT Football, and some UD Football stuff I think. I check everytime I am there.