Busy week at Phungo HQ so cliff notes and pix only - will try and elaborate later. If this was Bucket or Chuck-It these 3 Packs would get a surprise BUCKET LIST IT! 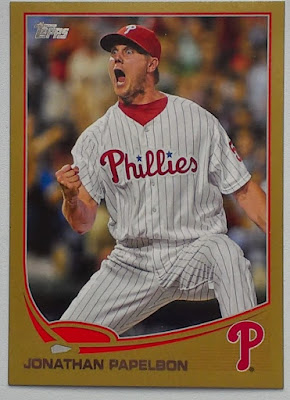 I am sick of closers being overzealous upon getting saves.  Papelbon is the Phillies guy, so I guess I am ok with this one. 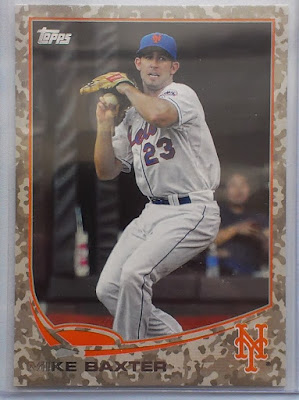 I get a Camo Parallel and it is a stinkin Met. 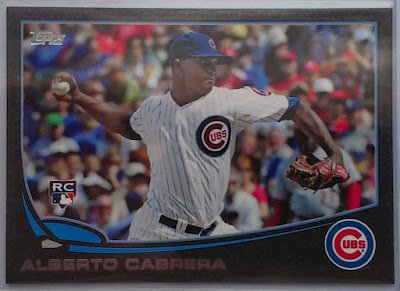 Cabrera was a middle reliever for the Cubs in 2012. I think he is back to starting in their minor league system now.  Cool to get a black parallel, even if it is a minor player and looks closer to charcoal in color.

Apparently the Black cand Camo Parallels are 1 or 2/ case so those are pretty rare.  Team Phungo wins the lottery - well winning in the way that you win when you get 2 of the 6 numbers and you basically get back the cost of ticket. 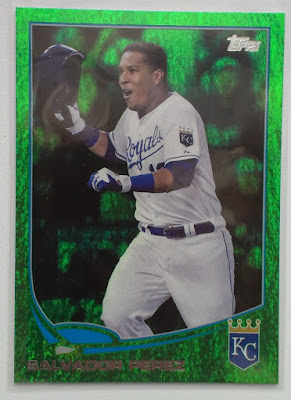 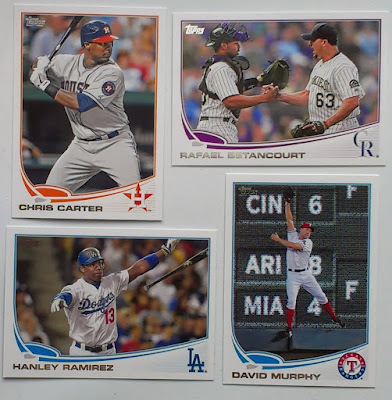 Some Additional Cards that will bear comment at some future time. Posting now for folks that want to see them.

There was one other Insert that I picked up - it wasn't anything major but wanted to save it for its own posting.

Bucket List
Only one Phillies card but I consider the 3 packs a win just for the rarity of the two parallels that popped up.
Posted by deal at 8:45 PM