Hall of Fame second baseman Ryne Sandberg came up to the Major Leagues with the Phillies. This is just about the only photo I ever see of Sandberg from that era where he is wearing a Phils uni. 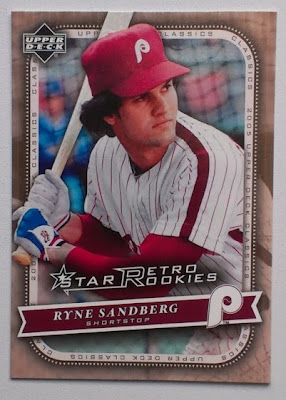 Here's to hoping the Phillies get Sandberg his first victory tonight.
Posted by deal at 4:25 PM