During the 1964 season the Phillies carried two Gold Glove Shortstops. There was Ruben Amaro who took home the hardware following the season and Bobby Wine who won the award in 1963. 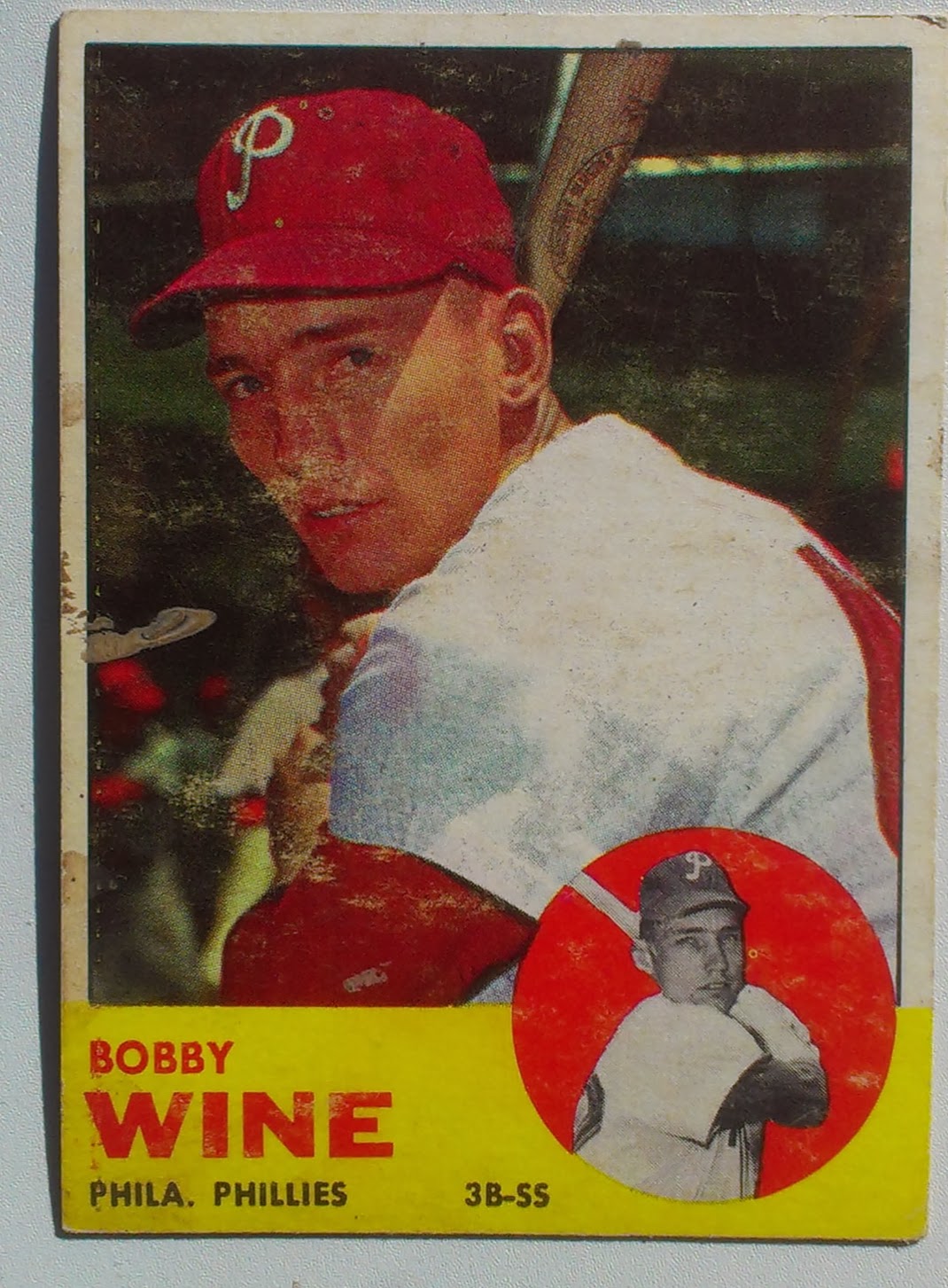 Amaro may have collected the 1964 Gold Glove, but it was Wine who started the majority of games at the position in Gene Mauch’s platoon heavy lineup. The 25 year old Wine batted .212 over 126 games during the ’64 season. In addition to playing short he also spelled Dick Allen at third base. Bobby Wine never hit much above those numbers for his career, however His glovework kept him around the Major Leagues for 12 years. He played 1100+ games with 3000 ABs despite being a career .215 hitter.

Bobby Wine stayed with the Phillies through 1968 season and ending up being the Phillies primary Shortstop for the decade. In 1969 Wine served as the Shortstop on the inaugural Montreal Expos club, which like the 1964 Phillies was helmed by Gene Mauch. In 1970, Wine set the single season Double Play record for shortstops with 137. The record still stands for the NL today.


Folks who (like me) are in their middle 40s will likely remember Bobby Wine the Phillies Coach who served with the organization in a variety roles throughout the 70s and 80s. One of those roles was as Dallas Green’s bench coach for the Phillies 1980 World Championship squad. In 1985 he also served as the Manager of the Braves on an interim basis for 41 games.
Bobby's son Robbie also played major league baseball getting into 23 games as a catcher for the 1986 and 87 Astros. Following his playing career Robbie Wine went into coaching. He served as the Penn State Head coach for nine season before resigning this past June.