Today Hank Aaron turns 80, which gives us this excellent opportunity to return to our Baseball Thrills series. 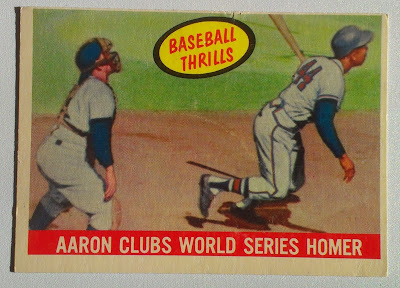 Click that box score link - this was an amazing game!

The Braves were hosting the Yankees down a 2-1 in the Series, and 1-0 in the game when Aaron hit his lead changing blast. Later that inning future Phillie Frank Torre tacked on an additional Home Run giving the Braves a 4-1 lead with Warren Spahn on the mound. Spahn held the Yankees to that single run until the 9th inning. Unfortunately for the Braves with 2 outs and 2 men on Elston Howard came to the plate and tied the game. The Yankees would go on to take the lead in the 10th, but lose it in the 11th on a Home Run by HoF Eddie Mathews. 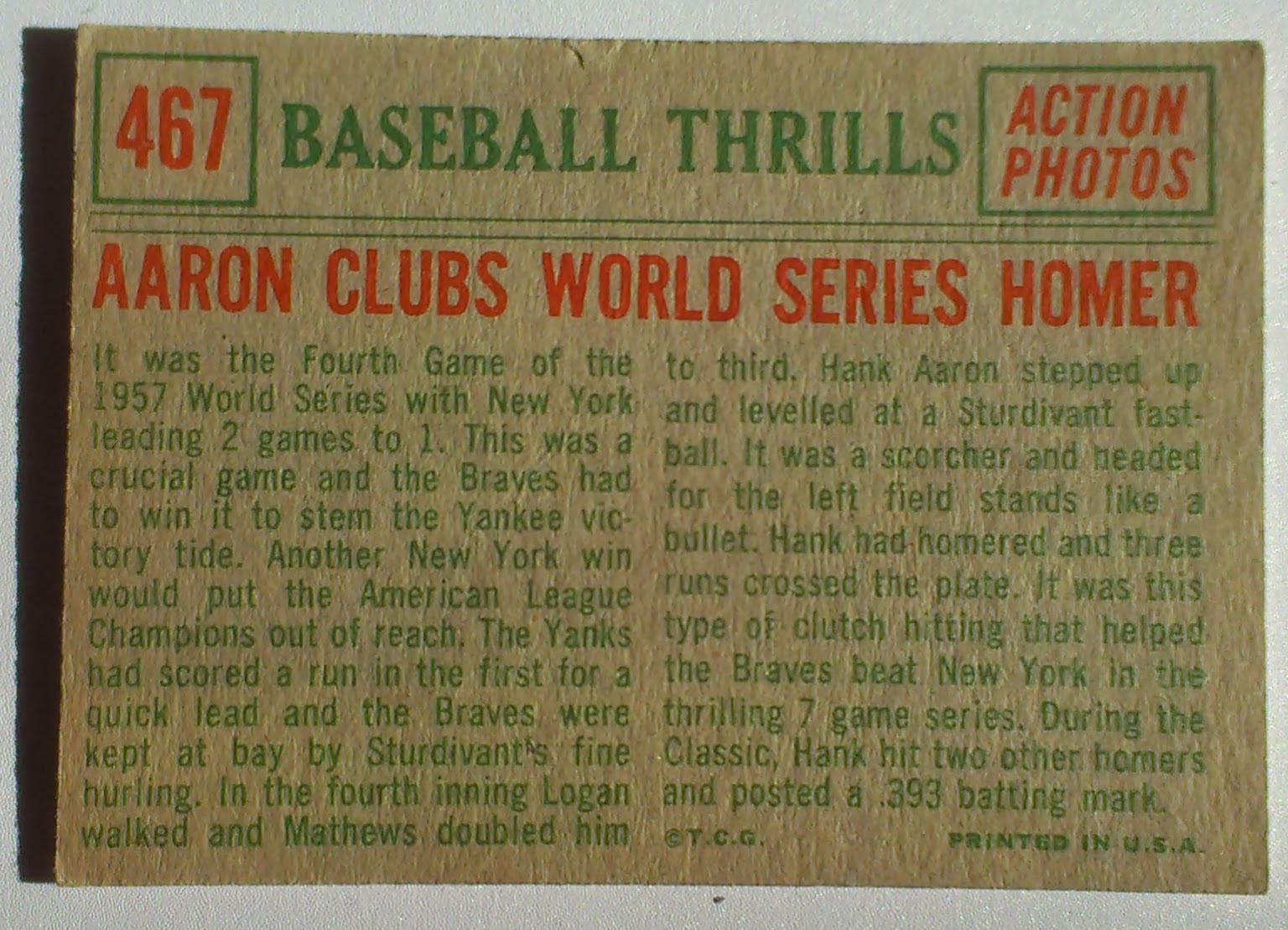 The flip side of Aaron's BT card chronicles game 4 a bit and also mentions that Hammerin Hank had 3 HRs in the series. He did not, however, get the MVP award. That went to Lew Burdette who went 3-0 in the Series tossing 2 shutouts.

The Braves and Aaron made it back to Series in 1958 losing to the Yankees. Those were Hank Aaron's only two trips to the World Series. The Braves would return to the playoffs in 1969, losing the NLCS to New York's newer team the Miracle Mets despite 3 Home Runs from Aaron.

Other Voices
59 topps: one f/g card at a time - Once again we turn to the 59 topps blog to do the heavy lifting of researching the photo on this card. Turns out that the photo the pix is based upon isn't from Aaron's HR nor is it from the 1957 World Series. Click the previous link to find out the story - The Catch in the pix is Yogi Berra, so yes this card features two Hall of Famers.

Sources
Baseball-Ref
59 Topps: one f/g card at a time
archive.org
Posted by deal at 7:11 PM