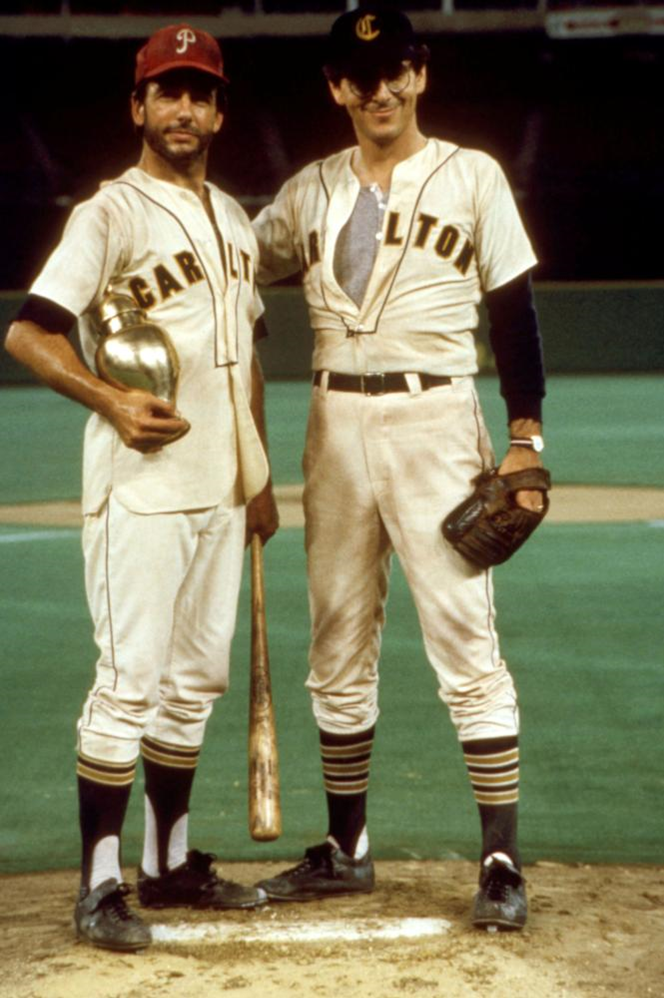 I have never really seen Stealing Home – I think it is safe to say it is more chick flick then baseball flick.

However, somewhere along the line I did catch a scene where Mark Harmon re-enacts a Home Run at the Vet that he never hit or never got the chance to hit - something like that. I believe the pitcher in that scene was Harold Ramis, who played one of Harmon's friends. The shot above shows Ramis at the pitcher’s mound at the old Veteran’s Stadium with Harmon.