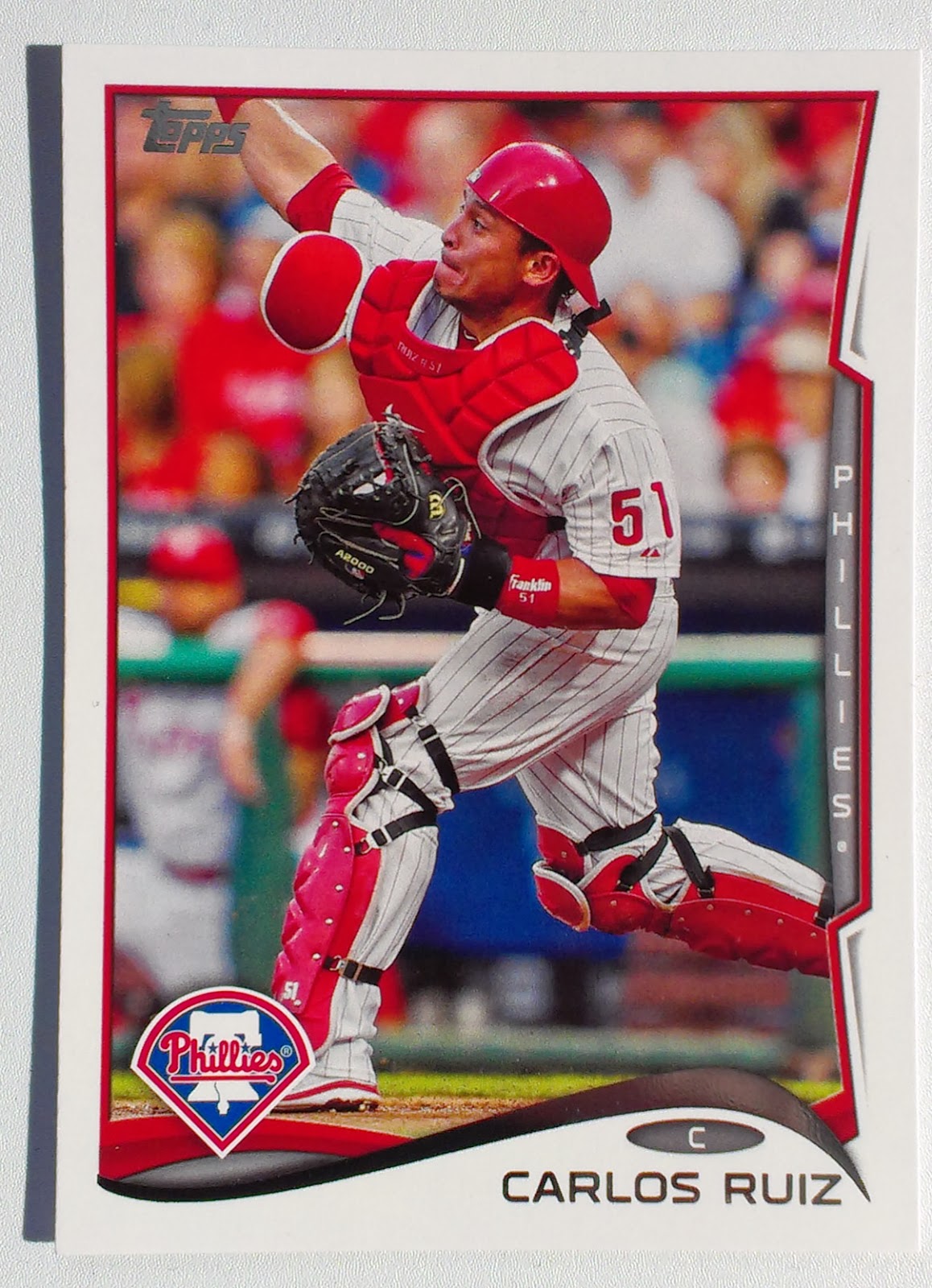 Catcher make for great photography and this is a fine example. Ruiz is shown here in action firing the ball down to second base, although In action may be a stretch. For some reason this appears to be a between innings warm up toss down to second.

After missing out on the playoffs in consecutive seasons the Phillies can no longer be considered a perennial contender, so coming up with 11 cards in series 1 is about right.

2014 Topps has it's share of inserts and the Phillies represent a bit. One of the insert sets I was happy to see pop was the return of Super Veterans, which was a subset in 1983 Topps. The 2014 Topps version has only 15 cards in S1 but the Phillies manage to get 2 reps, Roy Halladay and Jimmy Rollins.  The checker for various 2014 Phillies Inserts listed below.

BEFORE THEY WERE GREAT AUTO (14)
BGA-MS Mike Schmidt