Recently via the fine twitter account of @ObxLeatherman I found out that Katie Uhlaender, A US Competitor in the Olympic Skeleton, is also the daughter of 60/70s era Outfielder Ted Uhlaender. 
Sochi is the third olympiad for the 29 year old Katie Uhlaender.  Uhlaender's resume includes a 6th place finish at the 2006 Olympics in Torino. She also has Olympic aspirations in the summer sport of weightlifting.

This years Women's Skeleton events will be held on Thursday and Friday (13th & 14th).  Not sure if the game competition will be on NBC, but will be keeping an eye on that.

Sadly Katie's father Ted Uhlaender died of cancer in 2009 at the age of 59.

To honor her father Katie keeps Ted's 1969 Topps card taped to her sled. As a card collector, I find this to be a really hip tribute. The 1969 Ted Uhlaender card is show above.

Ted Uhlaender spent eight seasons in the Majors mostly with the Twins, but was also a member of the Reds 1972 National Leaque Championship squad. During game 2 of the World Series he had a pinch hit double off of future Hall of Famer Catfish Hunter.

Katie Uhlaender has a card in the 2014 Topps US Olympic and Paralympic Team Hopefuls Trading Card set (including an auto). I would think that this would make the Uhlaender's one of the few father-daughter combinations to both have Topps Cards - very unique. 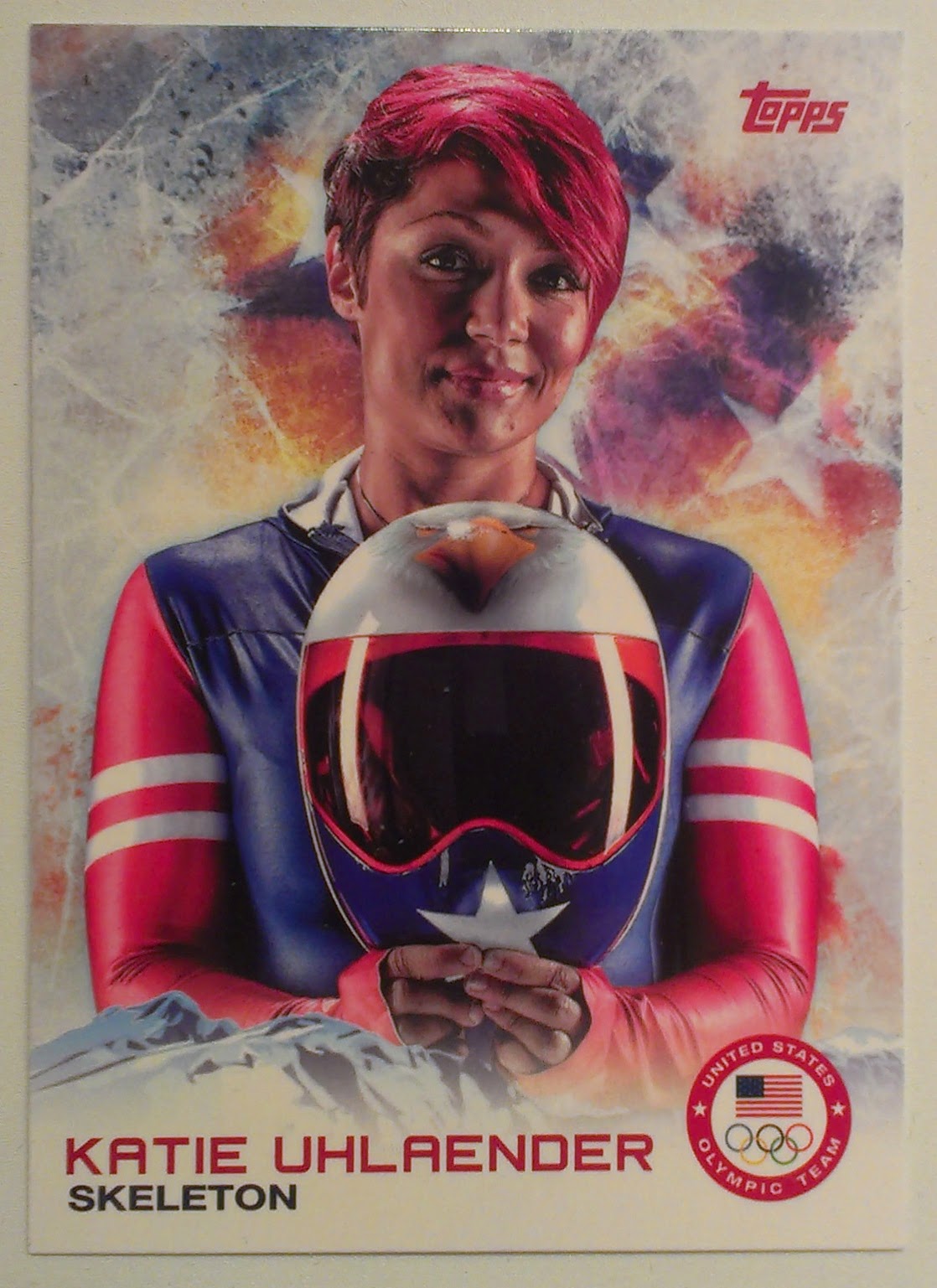