Yeah I am way behind on this quick hit review but I am going to publish it anyway.

Picked up a Rack Pack and a single of 2014 Topps A&G a few weeks back. These are the Highlights. 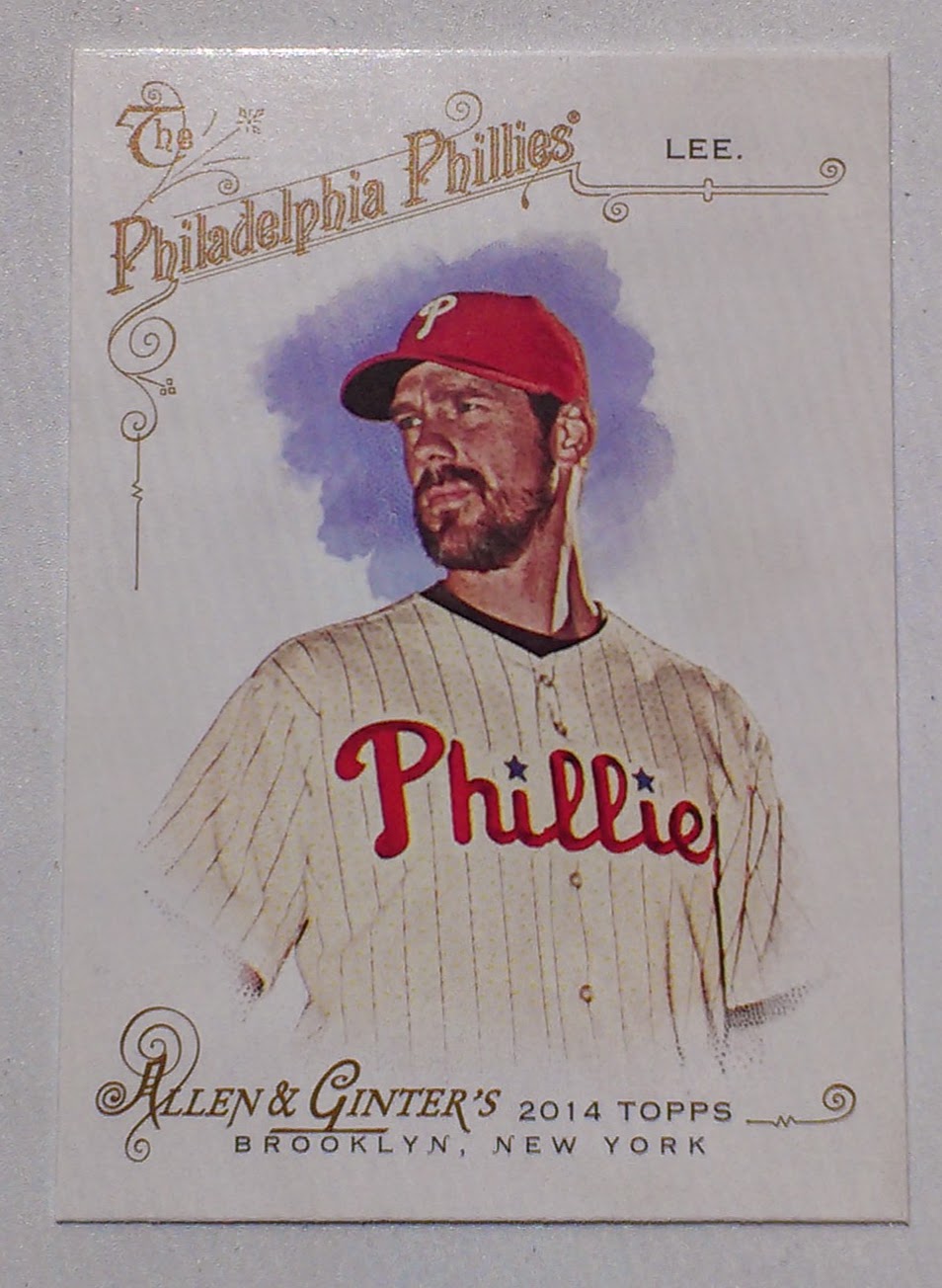 The Team Name dwarfing the player name is a bit jarring. This is a departure from prior A&G designs.  For most part past A&G designs have not featured team names. In 2011 a square team logo was displayed on each card.

Lee was the only Phillies player I got in the bounty. 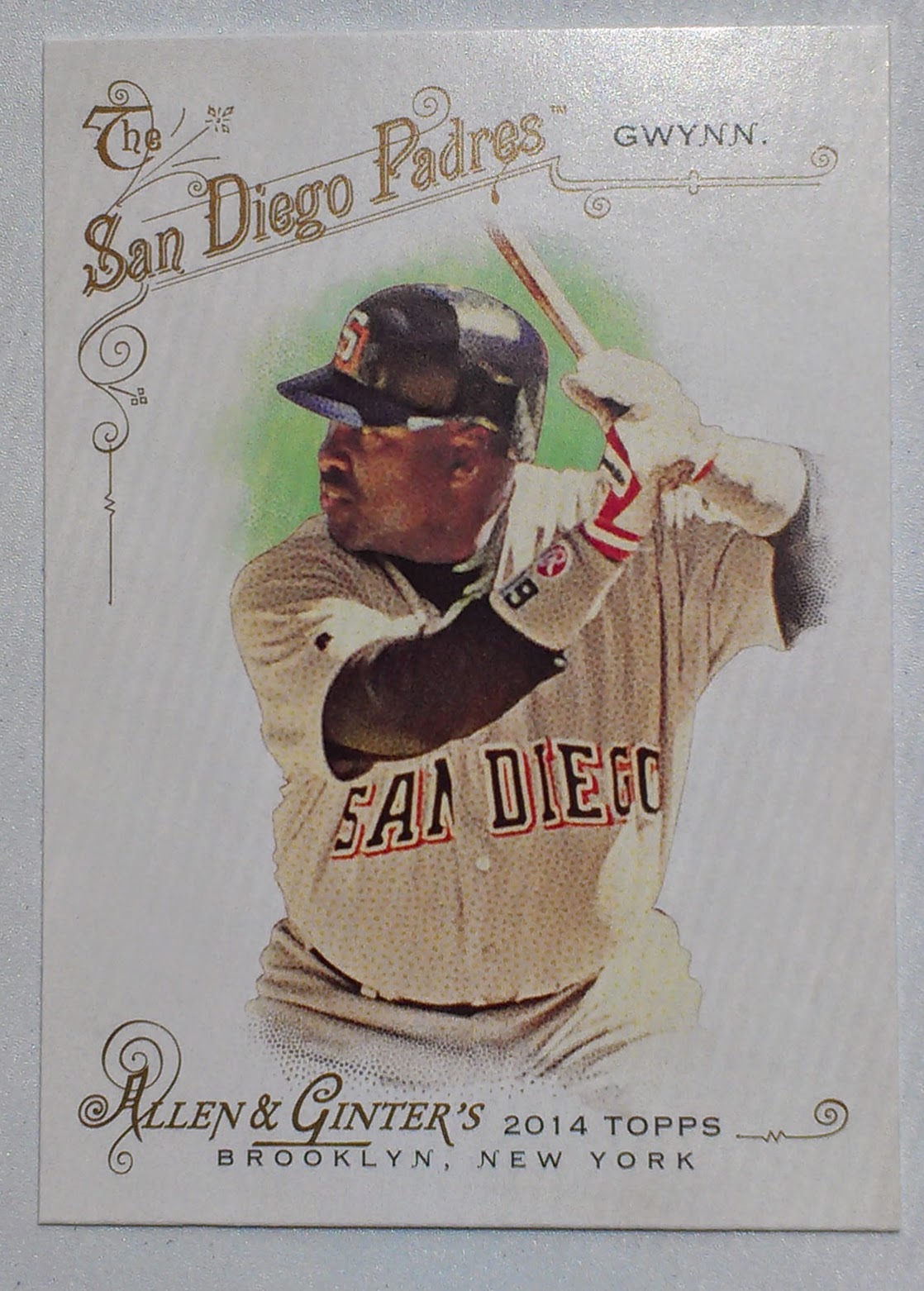 I don't remember how many cars I picked up in the packs. I am thinking 24. Close to half of them were Hall of Famers. This is probably my favorite out of those - Pulling a card of the recently deceased Tony Gwynn brought a pang of sadness to me.

I have a pretty solid HoF cards collection and these are nice additions. I like the classic Braves uni on Hammerin' Hanks card. 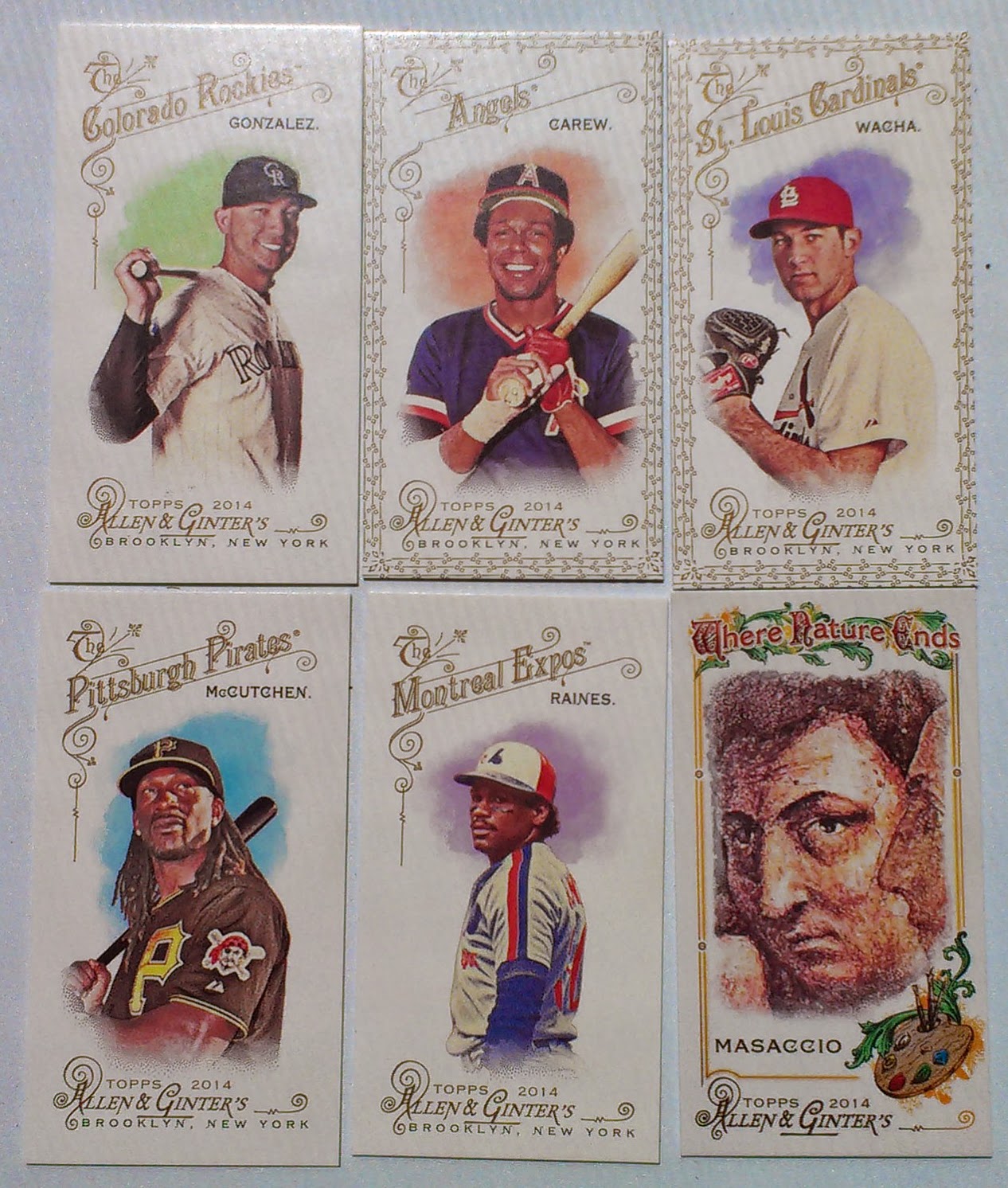 Minis are always a highlight of AnG. The Carew and Wacha cards are both members of the 3 card special border pack that comes inside rack packs. Massaccio was a painter, the image Topps used is directly from wikipedia - glad I spent $3 on that pack. 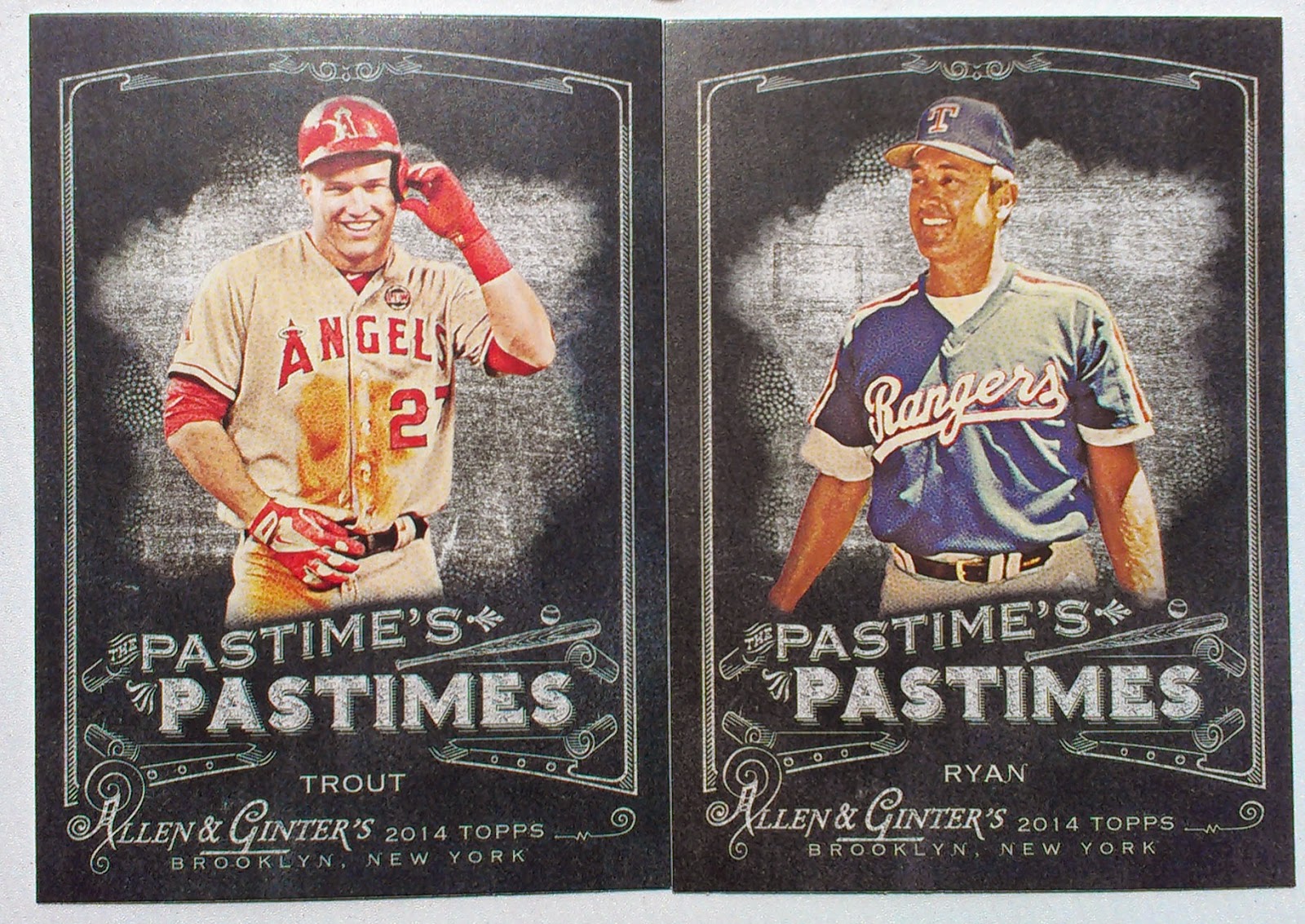 I think this is the 2014 A&G common insert. The B-sides lists the players hobbies - Trout collects baseball cards, Nolan runs a baseball team. 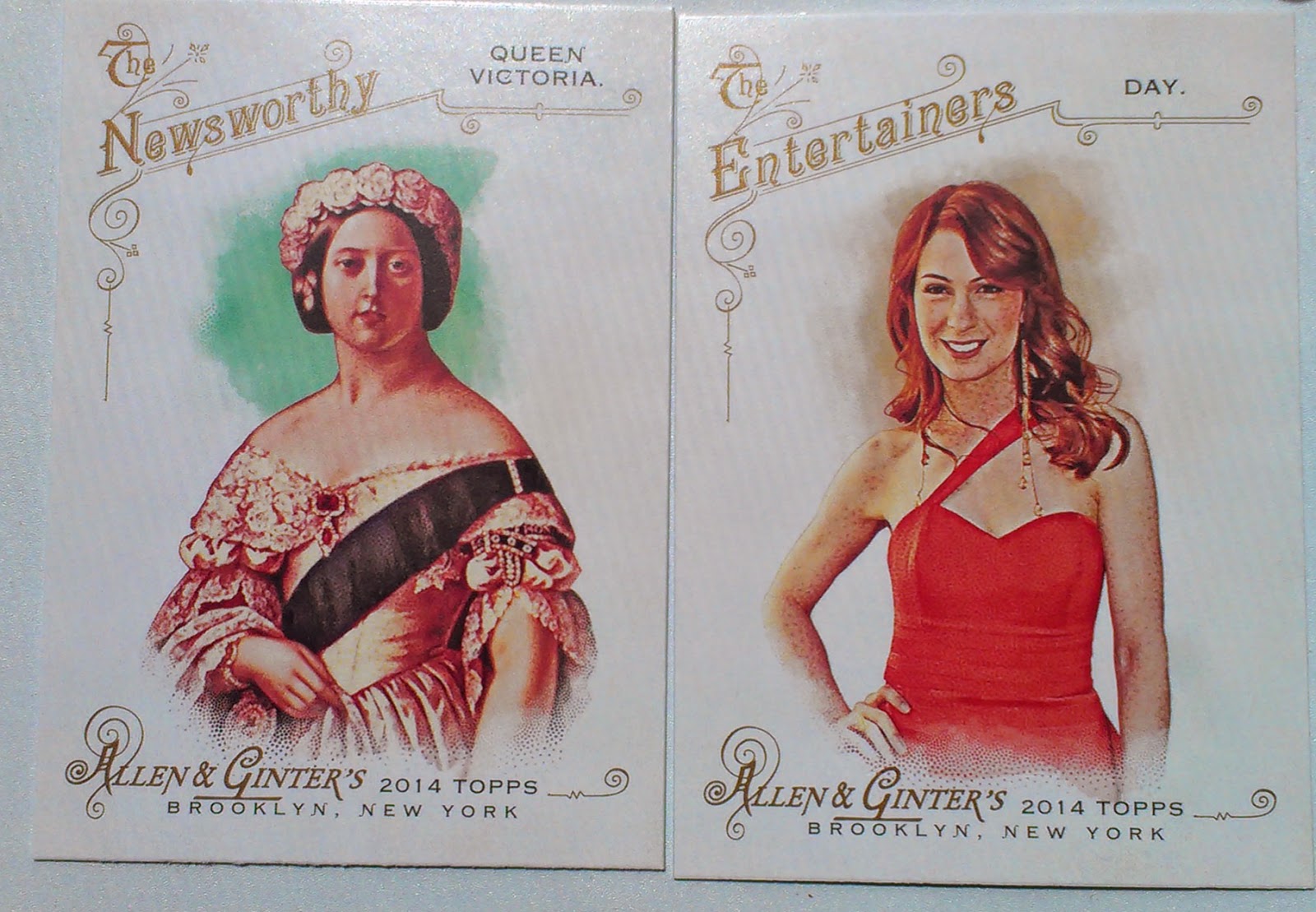 Some of the non-baseball cards in this year's set. Here we have the one time Queen of England and an actress from "Buffy the Vampire Slayer" 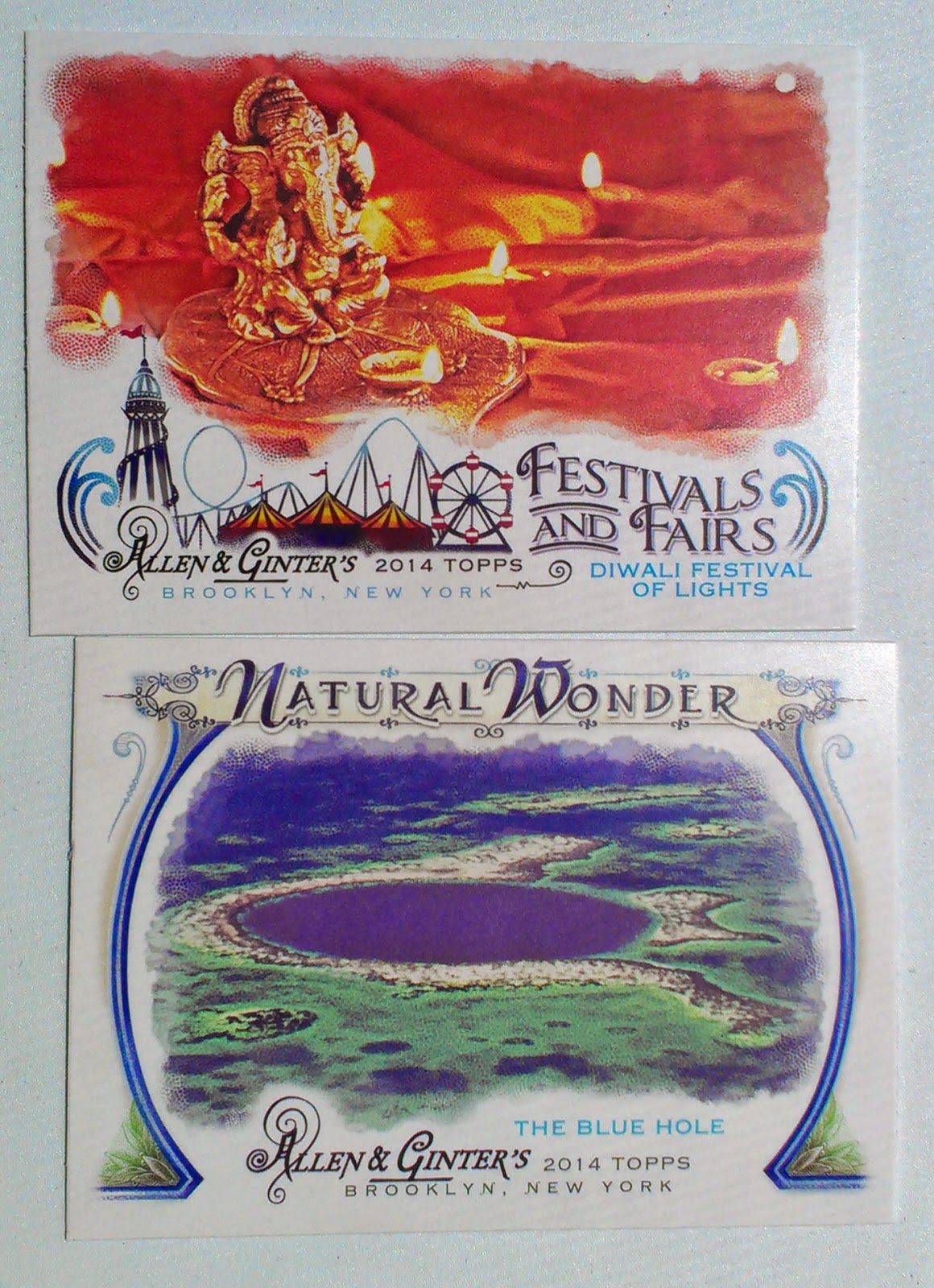 At the outset A&G inserts were always minis, not so much anymore. Neither of these do anything for me, maybe if I see some of these other members of these sets I will change my mind, but both of these are losers.

I'd be interested in trading for the Cutch mini. email me bstryker81@gmail.com and let's make a deal

PTR McCutchen card is yours. I will email you. Glad to see it go to a good home.

I'm actively looking for any inserts you don't want (regular sized or minis both appreciated). Let me know!