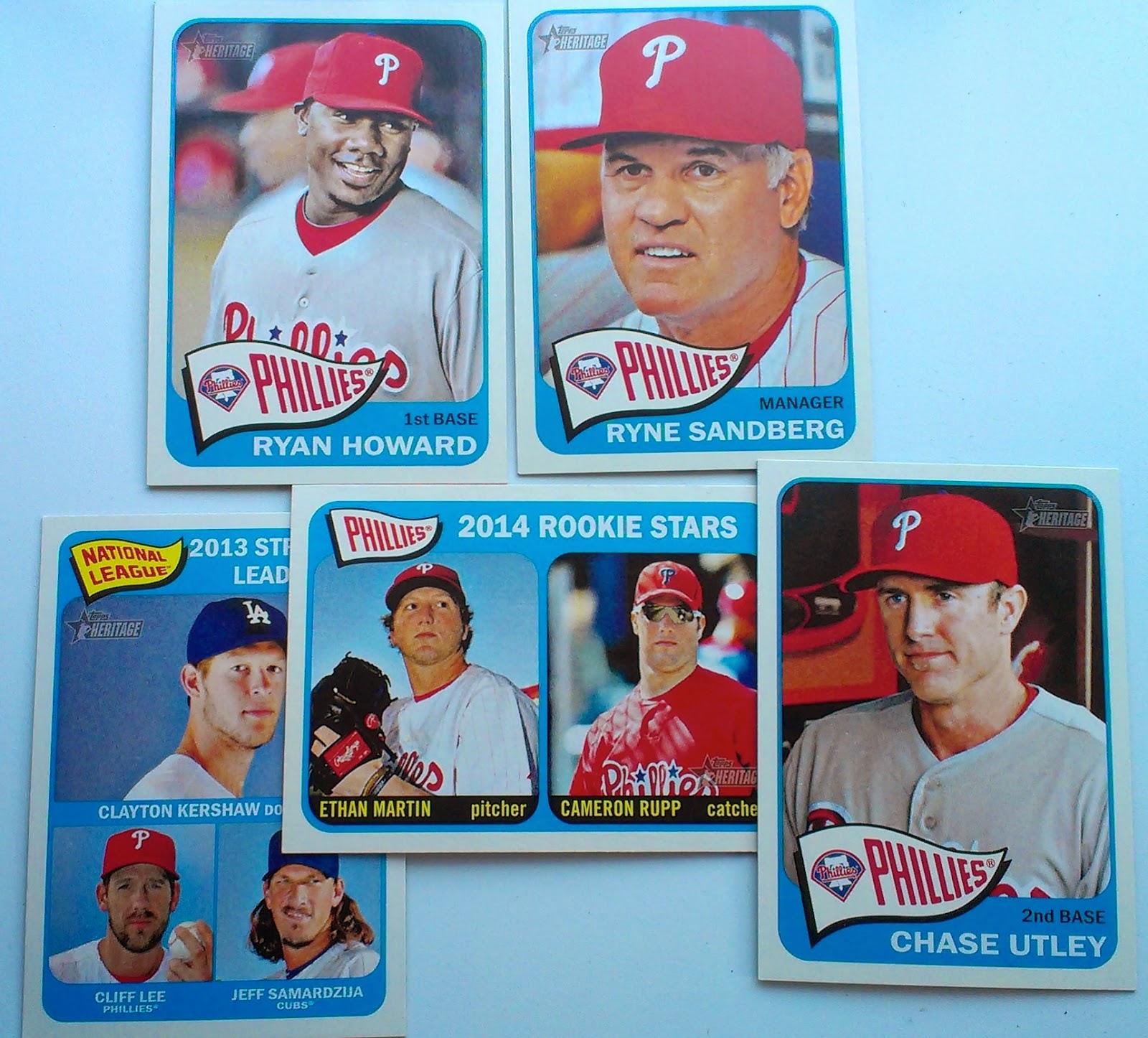 Topps Heritage is designed to homage an original Topps set from decades ago. There are several items that Heritage nods towards in replicating the originals. one of the obvious ones is replicating the design. A second is giving attention to the Checklist. Tonight I would like to take a look at how the Phillies 2014 Checker compares with the original from 1965. 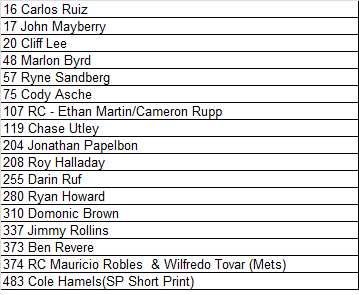 That is a solid checker for the Phillies. 17 cards featuring 18 players. You would have to dig deep to find a snub, Pitchers AJ Burnett who came to the team late or Kyle Kendrick would be the closest. Carding Mayberry and Ruf could be seen as questionable. Halladay is either an honorarium or laziness on Topps part.

For 2014 Heritage, Topps chose to rhyme four subjects with the original set.

#20 Jim Bunning and Cliff Lee
This is a good pair, Bunning is a low tier Hall of Famer. Cliff Lee is an All-Star with significant Postseason exposure.

#280 Dick Stuart and Ryan Howard
These two match on match on position, both were power hitters and both won World Series Rings - although Stuart won his with the Pirates. In fact on his 1965T card Stuart appears to be wearing Pirates threads. In addition to the similarities above the two share a reputation of poor play in the field, a rep that earned Stuart the nickname Dr StrangeGlove.

#310 Johnny Callison and Dom Brown
These two share a position and both were reigning All-Stars at the time of set production. Callison made 3 all-star games. At this point in his career Dom Brown's all-star selection appears it could be a one and only despite the outfielder being only 26.

If Topps really wanted to pay homage to the vintage sets, they would include 25 +/- players per team, like they did back in the day.

That's more important to collectors than the nonsense of matching up the same card # to the same team.