Tonight we take over our intermittent Sunday Night Baseball postings with our Hall of Fame ballot feature. In 2014 we made it through 10 candidates - This year we are starting a bit sooner, hopefully we hit more of the ballot.

With the Red Sox hosting the Yankees yet again on the big E, it seems like a very appropriate time to look at Pedro Martinez. 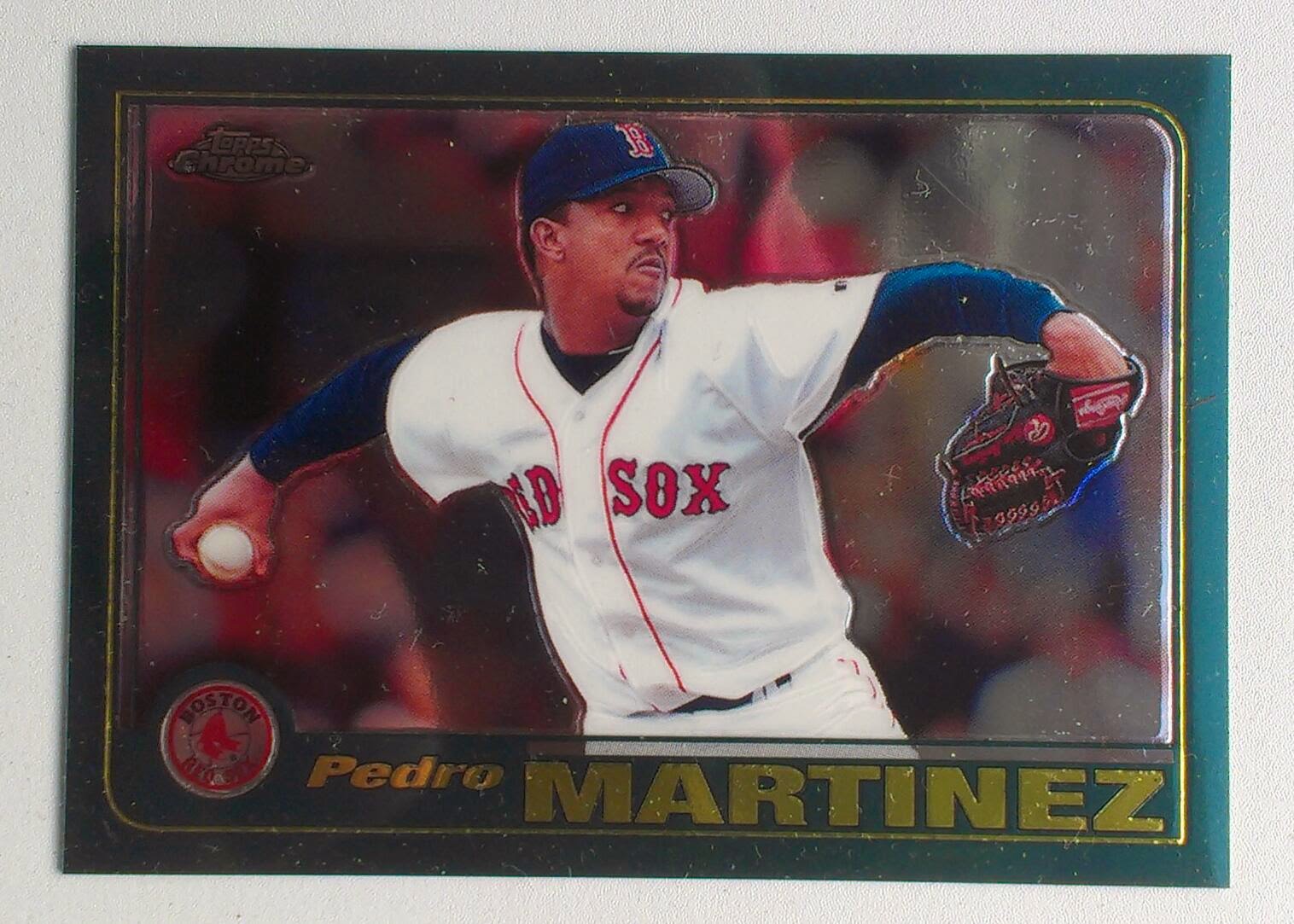 Pedro took the mound for five different teams in his career, including a dozen starts with the 2009 Phillies but to me he will always be a member of the Boston Red Sox.

The HoF resume for Martinez is pretty solid, Curse busting World Series Ring, 3 Cy Young Awards, Eight time All-Star, A W/L record 100+ games over .500. He won 5 ERA titles and his 3154 Strikeouts are 13th all-time. For the cool kids Martinez 86.0 career WAR ranks 17th all time. Everyone ahead of him is Either in the Hall or on the ballot.

Phungo Verdict
Despite the fact he lost the Game 6 of the 2009 World Series. Pedro remains one of my favorite players. He was the rare player who wanted the ball, believed he would deliver and then would - the notable exception was of course his last couple of starts with the Phillies.

I found him to be pure theater on and off the mound from much of his career and he gets a Thumbs Up on the Phungo HoF ballot.

2001 Topps Chrome
It is likely coincidence but in 2001T Chrome Pedro Martinez occupies Card #45 which is his uniform number. Last year there was a mini kerfuffle due to Topps moving away from their traditional hero numbers system. I didn't get the folks that were disappointed with the change. I thought it was kine of neat, but hey if you need something to get upset about, I suppose that's fine. 45 was not Pedro's card number in base - instead in 2001 Topps went with the semi-hero #60