Team Phungo took a road trip to New York this past weekend to catch what is likely our last Derek Jeter home game. 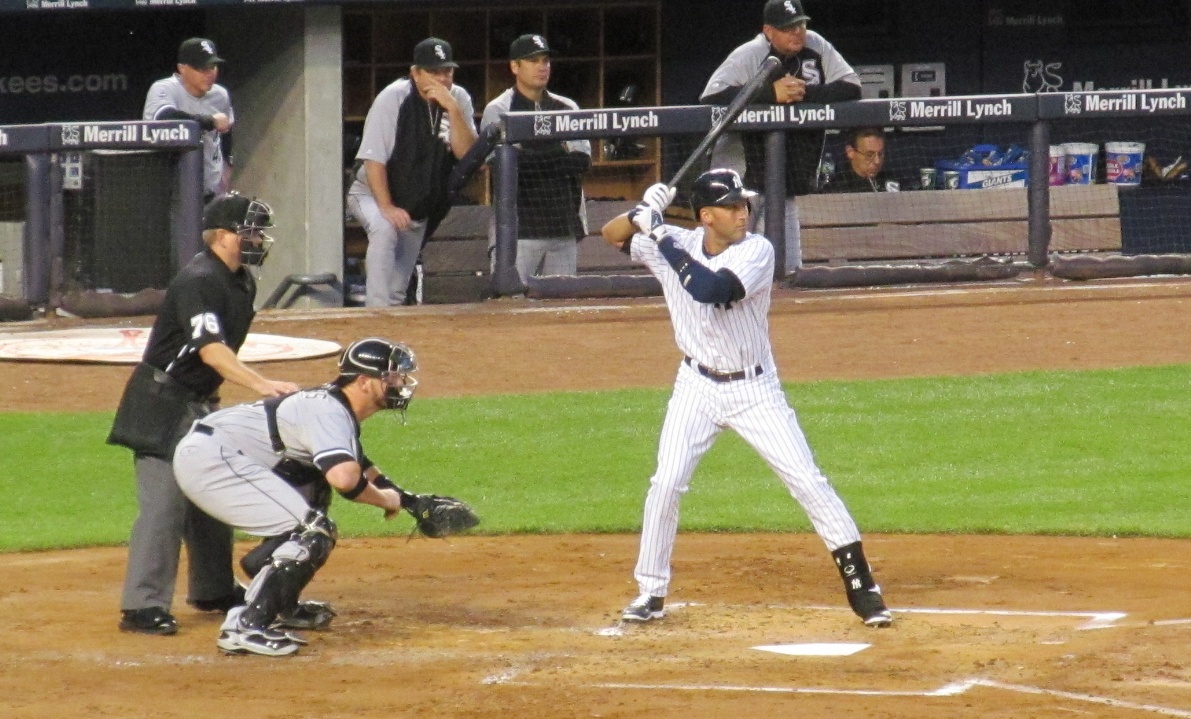 We may have been there to see the Captain but the evening belonged to Martin Prado.  The veteran super utility player got both a Home Run and a Walk off single accounting for 3 of the Yankees runs in the 4-3 victory.

Jeter went 1-5 in the game with the ht being a single. Regardless the Yankees crowd was glad to see him play and showed their appreciation. The Three White Sox runs came courtesy of a Home Run by Cuban Rookie of the Year candidate Tony Abreu.  The photo above is of the pitch upon which Abreu hit is homer. The ball just cleared the wall in left center. Greene settled down after a miserable first inning and was able to pitch into the 6th. We didn't sit there much but our tix were int he CF bleachers. It was a fun atmosphere for a game. We had an obstructed view that kept us from seeing Left Field, but it to allow me to take some ok shots of the action at the plate.

In my opinion Yankee Stadium is better lit than Citizen's Bank Park. There is a bank of lights behind the plate that were not even lit during the game. Not sure of the reasoning, but adequate illumination form the remaining lights does seem a possibility

The Yankees retired Joe Torre's #6 the day after our game, so I imaging Friday night was the last time that the Retired number board had "only"17 numbers displayed.